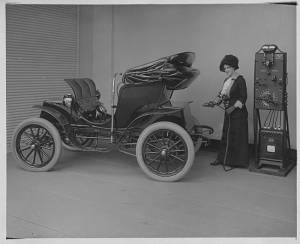 Electric cars reached the consumer market in the late 1890s. This 1912 General Electric advertising photograph shows the charging apparatus and electric vehicle inside a residential garage. The electric car became known as an urban vehicle because only cities and larger towns had generating stations that produced electricity. Courtesy Museum of Innovation and Science

In the early twentieth century, many urban residents whose homes were equipped with electricity decided that electric cars were better suited to their needs than gasoline cars, steam cars, or horse-drawn carriages. Electric cars were easy to start and drive; they had no hand crank to start the engine and no gears to shift, and they required little skill or instruction to operate. Electric cars made no noise and did not vibrate, and with no direct emissions, they produced no smoke or odor. Their low speed – a 1904 Columbia electric runabout topped out at 15 miles per hour – was a virtue in cities, where most traffic moved at a horse’s pace. Electric cars had few moving parts and required little maintenance other than batteries, which required daily charging, frequent adjustment of acid and water, removal of chemical residue in cells, and occasional replacement of electrodes.

Owners of three early electric cars in the collection moved from remote, rural places to Washington, D. C. and chose personal transportation over public transit. Their new residences – a mansion, a large, modern apartment building, and a hospital – were equipped with electricity. That advantage influenced their choice of an electric car over gasoline or steam. 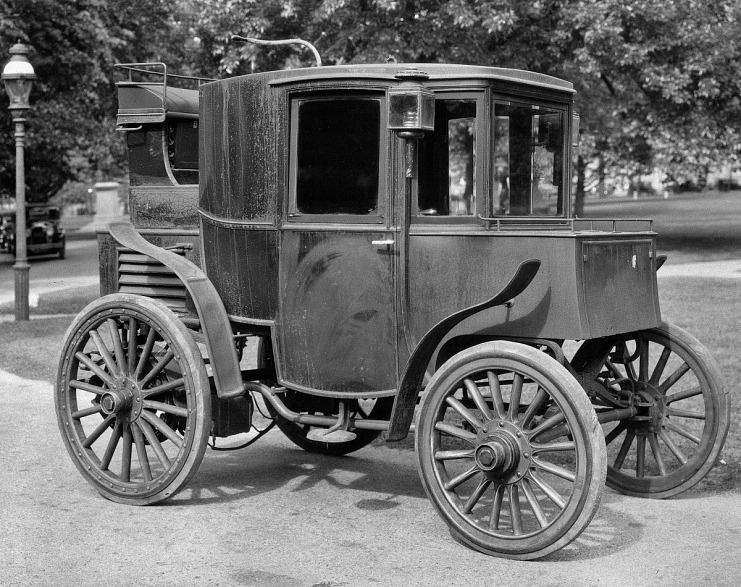 The owners of the Museum’s ca. 1900 Riker electric car, Herbert and Martha Wadsworth, designed a mansion in Washington, D. C. around electric car technology. Working with an architect, they designed a first-floor tunnel instead of a portico, thus saving space on the small, triangular lot. With no tailpipe emissions, the Riker electric car rolled safely in and out of the mansion. An “automobile room,” one of the first indoor garages in Washington, was equipped with battery charging equipment and a car wash. The Riker’s heavy, enclosed wood-and-glass body – an advantage of vibrationless electric cars -- provided protection from winter weather when the Wadsworths left their mansion to visit other places in the city. 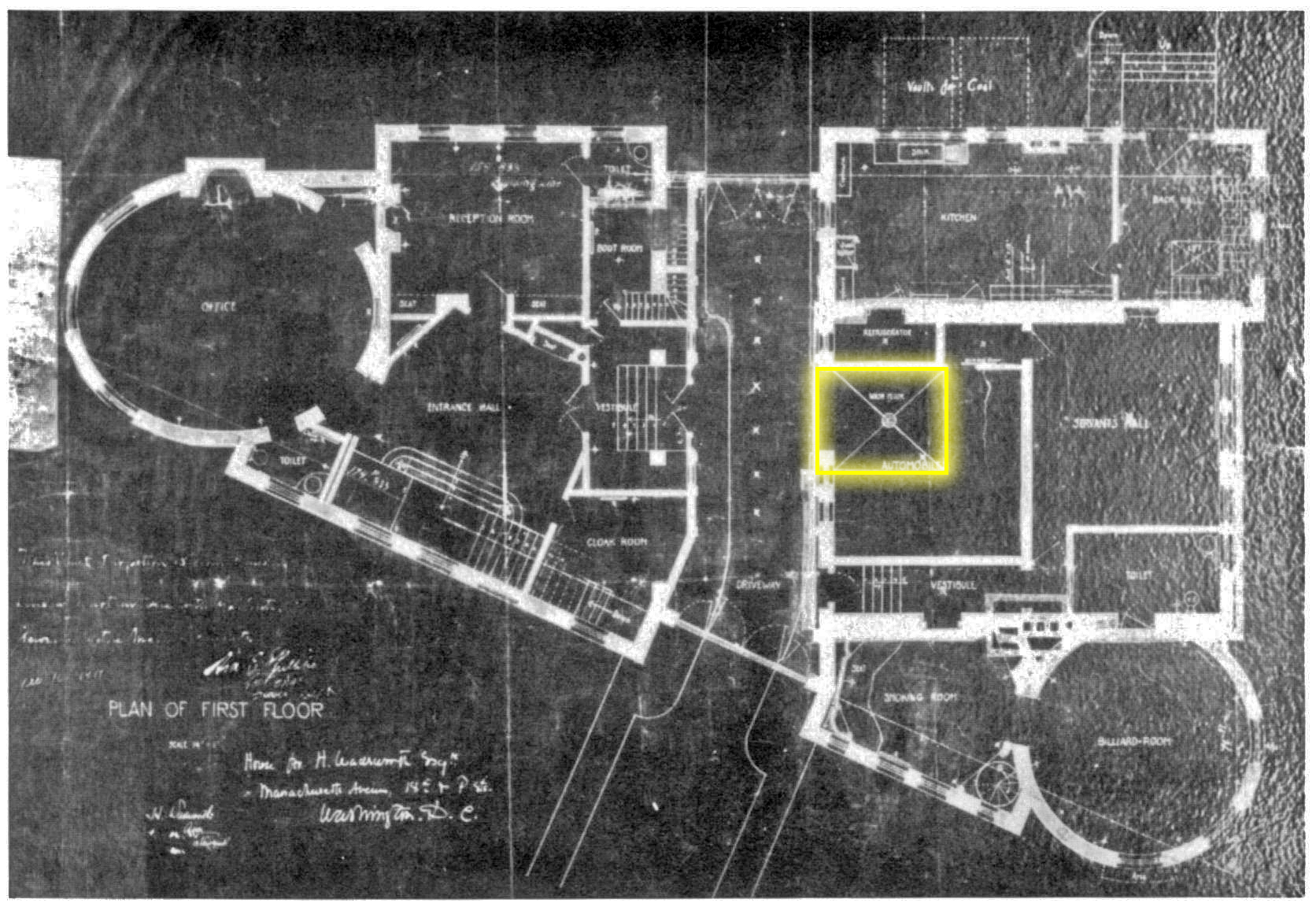 Layout of the Wadsworth Mansion. The Automobile room is highlighted in the center of the house. National Archives, Commission of Fine Arts 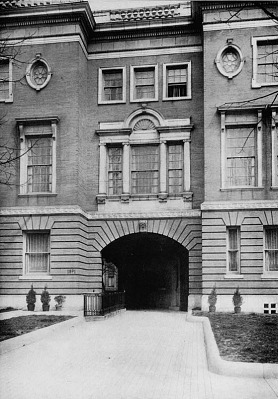 Tunnel entrance to the Wadsworth Mansion.

The Wadsworths were born to wealth. Herbert inherited vast acres of farmland in upstate New York, where he managed a creamery and a gristmill. Martha’s father, Henry Blow, developed mining interests in Missouri and became a leading figure in the industrial and commercial growth of St. Louis. Henry Blow also was well known in Washington. A Republican member of the U. S. House of Representatives during the Civil War, he had spent his youth with enslaved worker Dred Scott on the Blow family farm in Alabama before the family moved to Missouri. Henry became an abolitionist, and he and other Blow family members helped finance Scott’s legal fees when Scott sought his freedom in Missouri courts. 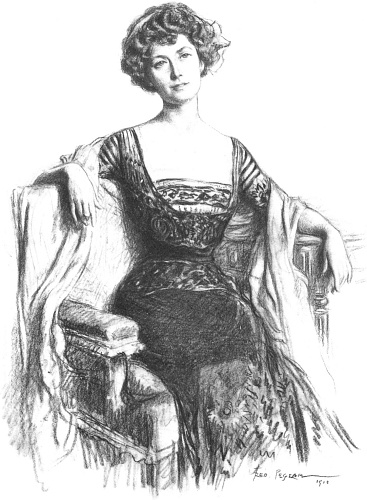 Herbert and Martha Blow Wadsworth built their Beaux-Arts mansion on Washington’s fashionable Dupont Circle between 1900 and 1902. Martha worked closely with a draftsman and architect George Cary to design the house and implement her ideas. Avid equestrians, the Wadsworths’ choice of an electric car and its prominence in their mansion’s design speaks to their fascination with emerging technology and modern conveniences at a time when the President still rode in a horse-drawn carriage. The Wadsworths lived in Avon, New York but departed for D.C. in the winter when Congress was in session. During this social season, Martha followed Washington’s social conventions, calling on wives of politicians and women of means at their Washington homes, and hosting luncheons, teas, dinner parties, dances, musicales, and other social events in her own mansion.

During World War I, the Wadsworths lent their Washington mansion to the local chapter of the American Red Cross to use as its headquarters. The war and following Depression put an end to the city’s upper-class social whirl. In 1932, Martha sold the building to a group of women who formed a literary, artistic, and musical establishment named the Sulgrave Club. The Riker electric car, still parked deep inside the mansion, had become by then an interesting anachronism. Martha donated it to the Smithsonian Institution as a relic of modern transportation in 1900, when there were fewer than 1,000 registered drivers in the nation’s capital.

Washington Physicians during World War I

In addition to wealthy Americans, physicians were early adopters of cars because of their speed, dependability, and simple upkeep and operation compared with horses. Replacement of horse-drawn buggies with cars for house calls and other medical business quickly progressed from an experiment to practical, everyday use between about 1900 and 1910. Physicians bought gasoline, steam, and electric cars. The Museum’s collection includes electric cars owned by two prominent physicians who lived and worked in Washington, D. C. Both lived in large apartment buildings where electricity was readily available. 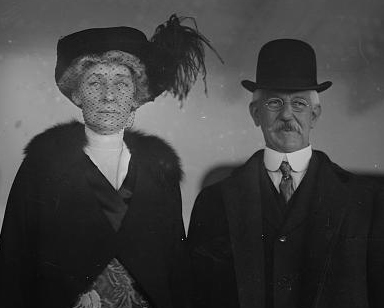 William and Marie Gorgas in the 1910s. Courtesy of Bain Collection, Library of Congress

A career Army medical officer and humanitarian, Brig. Gen. William C. Gorgas became a world figure. His advanced sanitary measures eradicated yellow fever and malaria in Cuba after the Spanish-American War and in Panama during construction of the Panama Canal. In 1914, at age 60, he received an appointment as Surgeon General of the Army, a post that he would hold until his retirement four years later. William and Marie Gorgas moved to Washington after many years of field work in Cuba and Panama. They readily adapted to urban living; Marie took “an active part in the social life of the capital,” according to the Washington Evening Star, and the couple entertained at the Chevy Chase Club in the Maryland suburbs. 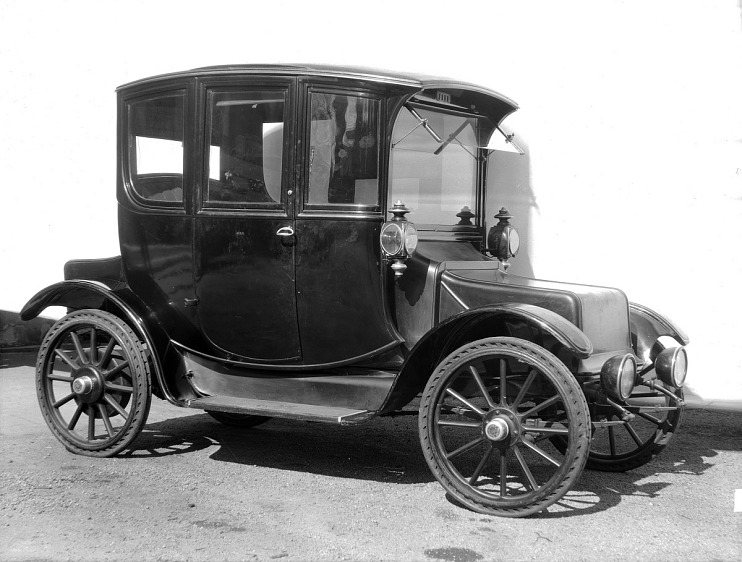 William and Marie Gorgas owned this 1914 Rauch and Lang electric coach during their years in Washington (1914-1920). 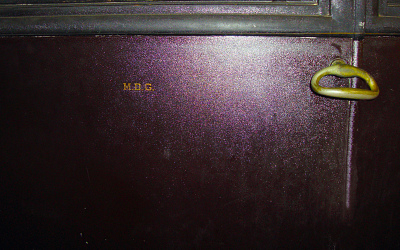 The monogram of Marie Doughty Gorgas appears on the doors of the 1914 Rauch and Lang electric coach. 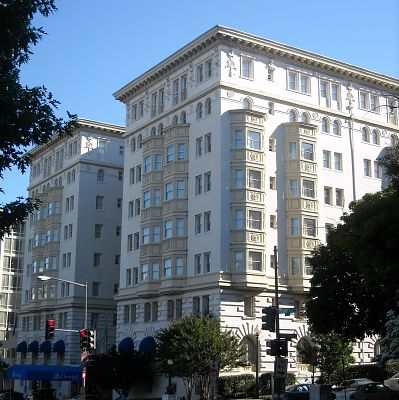 The Gorgases lived at the Highlands, a modern apartment building. Located at 1914 Connecticut Avenue NW, it was the first apartment building in Washington with a basement garage and equipment to recharge electric car batteries. The Gorgases chose a luxurious, well-upholstered 1914 Rauch and Lang electric car for local travel, purchasing it from the Bartram Electric Garage on New Hampshire Avenue NW. Registered in Marie’s name, it bears her monogram (MDG for Marie Doughty Gorgas) on the doors. [1]

During World War I, William Gorgas greatly expanded the staff of doctors, nurses, and administrators who were responsible for the health care of American soldiers in the United States and Europe. He spoke out about diseases and overcrowding at training camps, sprawling wooden “cities” that sprang up almost overnight in the United States, pointing out that hospitals and sewers were among the last facilities built. Late in the war, he advocated the rehabilitation and reconstruction of returning soldiers who had suffered disfiguring battle wounds or mental trauma.

Marie Gorgas was intimately familiar with the details of William’s professional work and assisted him with his research. She also organized a Red Cross chapter in their apartment building, The Highlands, to support the war effort. In 1917, women of the Highlands Auxiliary raised money to purchase an ambulance; they named it the Marie D. Gorgas Ambulance after their “leading spirit.”

Major John Oscar Skinner, an officer and surgeon in the Army from the 1870s to the 1890s, enjoyed a long, busy retirement in Washington, D. C. From about 1904 to 1920, he was superintendent of the Columbia Hospital for Women, located at 2425 L Street NW. He lived at the hospital according to the 1910 United States Census, and he drove a 1904 Columbia electric car. During World War I, Skinner returned to active duty as a lieutenant colonel and commanded the U. S. Army Dispensary in Washington. In this capacity, he managed the issuance of medicines, prescriptions, and preparations, and other pharmaceutical needs of soldiers and officers. 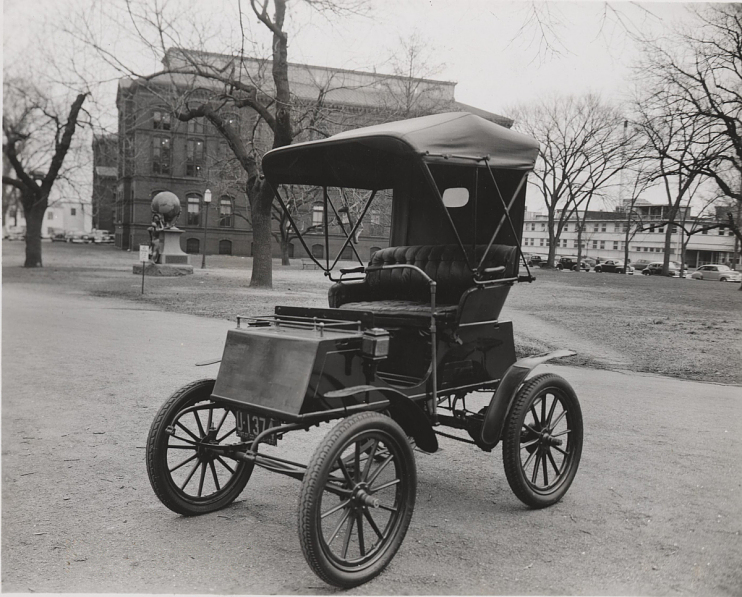 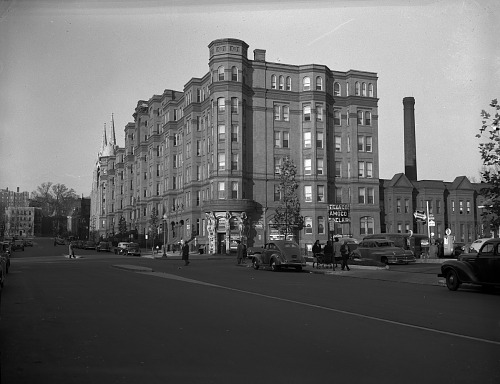 By 1920, Skinner and family – wife Kathleen and daughter Jennie -- lived at the Portner Apartments, located at 15th and U Streets NW in Washington. In 1923, still driving the 1904 Columbia electric, John won second place in a Washington Post old car contest that recognized local cars in continuous use since the early twentieth century. In 1933, a year after Skinner’s death, another daughter, Helen Johnson, donated the Columbia electric to the Smithsonian.

‹ Electric Car Manufacturers up Why Gasoline? ›