Antibodies are always looking out for us, and this week we're taking a closer look at them. Antibody-based tests, vaccines, and drugs have dramatically influenced American history, culture, and quality of life. Smallpox, polio, and syphilis, once constant threats, are now distant memories for many, and recent antibody-based therapies continue to further the human battle against disease. Read our Antibodies Week posts on pregnancy tests, an-tee-bodies t-shirts, plague, and healthy hogs.

Anyone who endured a terrifying childhood screening of Old Yeller can testify that the ghastly symptoms of rabies, as well as its transmission via the bite of an infected animal, make rabies a particularly feared and fabled disease. Vaccines have ensured that the symptoms of many infectious diseases are unfamiliar to Americans—we might have heard about the symptoms, but we can't really picture what it would be like to suffer them. That is not the case for rabies. 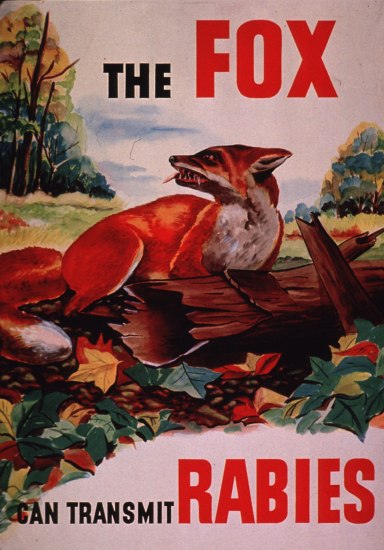 Rabies is a viral disease that infects the nervous system. It is transmitted through saliva, as well as brain and nervous system tissue. At first, an infected victim might experience malaise, and a slight tingling at the site of the bite wound. But soon, the virus infects the brain, eventually causing hallucinations, severe agitation, strange or violent behavior, and hydrophobia—the fear of and inability to drink water—coupled with extreme thirst. The manifestation of these later symptoms indicates that it is probably too late to begin successful treatment, and the victim will almost surely die. Rabies is a horrific disease for any animal to suffer. 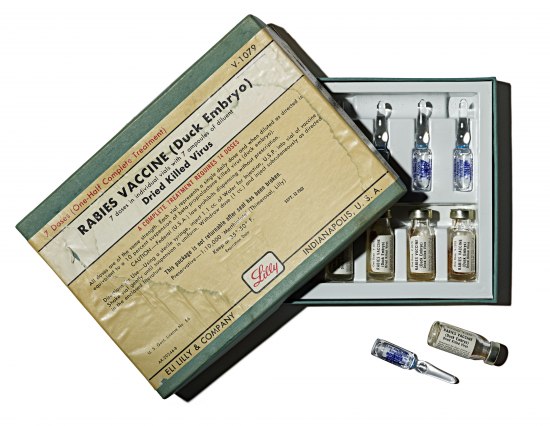 Happily, we now have very effective vaccines that prevent rabies in humans and other animals. Even if you are bitten by a non-vaccinated, rabid animal, quick administration of antibody-based therapies can now save your life. There is no reason that anyone, canine or human, has to die from rabies. Yet, according to the Centers for Disease Control (CDC), every year more than 50,000 people worldwide die from rabies. Why?

Human vaccination and post-bite treatment for rabies is expensive and complex. The best strategy for rabies prevention is to vaccinate the wild and pet animal populations that transmit rabies. But how do we vaccinate wild animals?

In the United States, wild animal populations, such as foxes, bats, and raccoons, are the most common carriers of the rabies virus. During the 1960s, investigators at the CDC attempted to develop a device that would allow these animals to "self-vaccinate." The scientists modified earlier devices—which had been used by trappers and ranchers—so that they would vaccinate, rather than kill, the coyotes or raccoons that happened upon them.

One of these early devices that the CDC sought to tweak was the questionably named "Humane Coyote Getter." The Getter had originally been patented in 1934 as a commercial device "for killing fur-bearing animals." It was a spring-loaded tube gun weaponized with a live shell of poisonous cyanide. Trappers set the device by partially burying it, then covering with bait—a piece of scented wool. When a coyote bit at the wool, the device shot a stream of cyanide into the coyote's mouth. It was a cruel device. 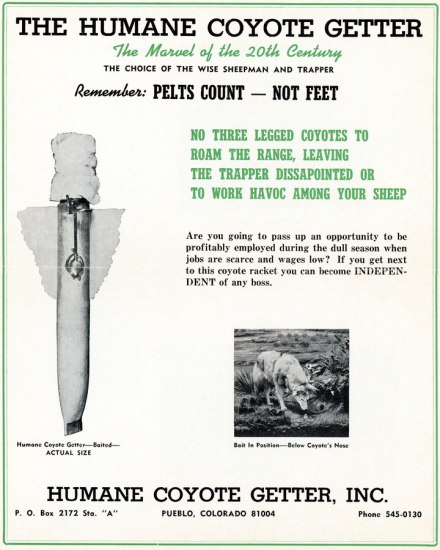 CDC researchers sought to refashion the "Getter" into a truly humane device: they rigged it with shells of an oral rabies vaccine, rather than cyanide. Unfortunately, testing showed that the altered device sometimes wounded the animal's mouth. Further, the oral vaccine failed to create an acceptable level of immunity to rabies. Thus, both the vaccine and the device were deemed failures. 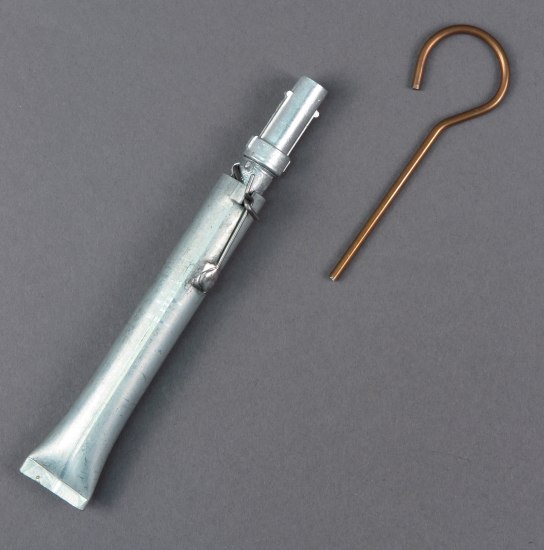 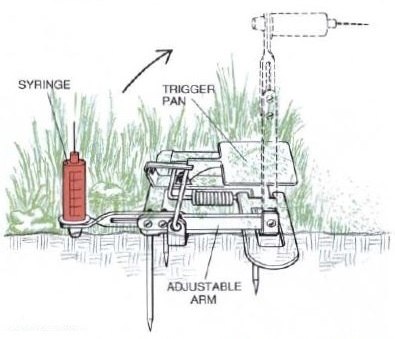 Another device tested by the CDC was the Vac-Trap. This trap was inspired by a common device used by trappers: an animal would spring the trap by stepping on a metal pressure plate, triggering the device to close on the leg of the animal. The researchers modified this design so that when an animal stepped on the trigger plate a syringe full of vaccine swung around and jabbed the animal's body. Vaccinated, the animal continued on its merry way. 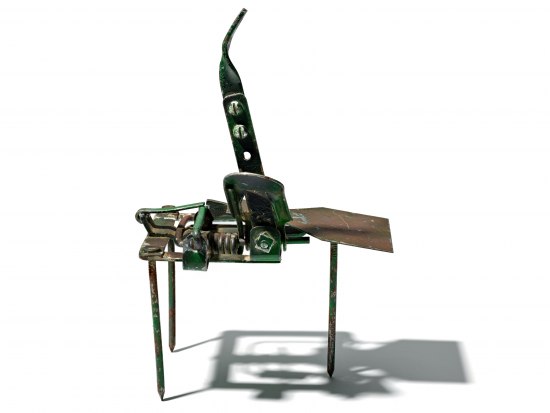 Both the Humane Coyote Getter and the Vac-Trap illustrate that the struggle against rabies has been twofold: first, to devise safe and effective vaccines and therapies; second, to develop effective methods to deliver those vaccines to vulnerable populations, whether human or animal.

More recently, attempts to stop the spread of rabies have focused on a different kind of hacked self-vaccination device: food laden with a recombinant virus. Scientists have modified the world's oldest vaccine—the vaccinia virus vaccine, used to eradicate smallpox—in order to create new rabies vaccines. These genetically engineered recombinant vaccines are created by inserting a harmless gene from the rabies virus into the vaccinia virus. The vaccinia acts as the delivery device, while the rabies gene triggers the production of antibodies. 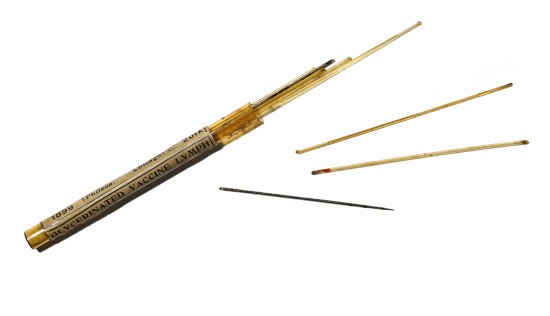 When put into food, animals eat the new vaccine, orally vaccinating themselves. The method has been used successfully in some wild animal populations, and scientists hope to apply it in areas with abundant populations of non-vaccinated stray dogs, as those animals are a main cause of human rabies infection. Perhaps, with a bit of clever hacking, the same vaccine that eradicated smallpox will now help to eradicate rabies.

Rachel Anderson is a research and project assistant in the Division of Medicine and Science. 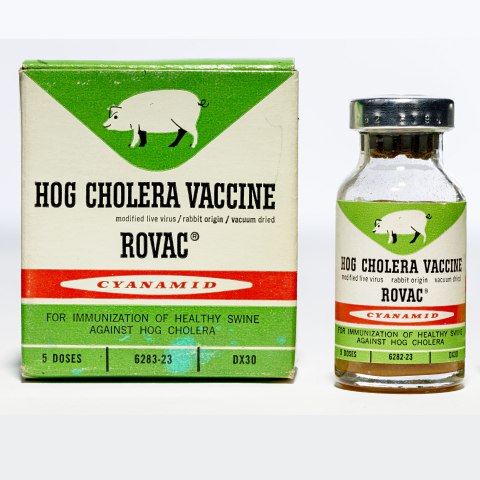