21 hours in the movie business

It’s safe to say that I had no idea what I was getting into. My boss was unable to attend the meetings about the proposed “Teen Orientation Video” for the museum, so I went in her place. And suddenly, I was a field producer.

Every spring, many teens and “tweens” come to visit our museum, but don’t really know what to expect. Hopefully, by viewing the Teen Orientation Video in the classroom or on the bus, teens will get excited about their visit. We wanted to convey, through the scenes and actors’ lines, that the museum’s objects and programs are all about the people who have made history, and we would like teens to know that they can be a part of history, too.

With these messages in mind, we set to work for two days of fast-paced filming. The cast and crew worked incredibly hard, had a ton of fun, and took a bunch of pictures. Here are some highlights of my 21 hours as a field producer on the museum’s Teen Orientation Video. Look for our video online in about six months. 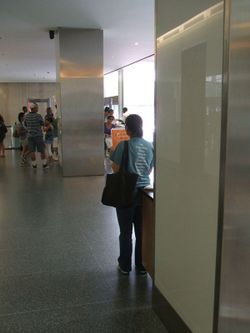 Whenever we were wearing the official t-shirts, we had to hide off camera. For me, that meant spending about an hour hiding behind a pillar in Flag Hall. 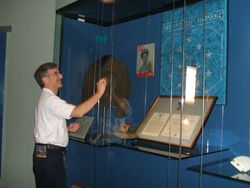 One of our docents, Paul, volunteered to take part in the video. As we prepared to shoot his scene, we saw there were smudges on the glass display case, so Paul and I took out tissues and carefully removed the visitors’ fingerprints. 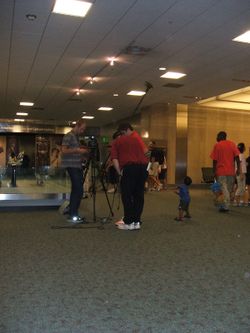 I watched as our videographers prepared for a three-camera shoot of the museum’s Join the Student Sit-Ins program. One of our tiniest visitors was especially fascinated by the boom microphone. 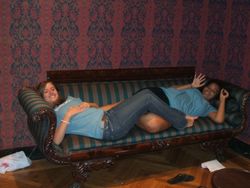 The teen actors were tireless! I was amazed by their energy throughout the shoot. Here, they’re taking a break in our “green room.” 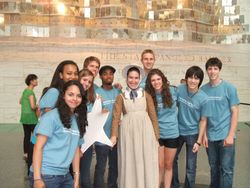 I even got a few lines and two seconds on film as the friendly staff member who offers to take a picture for the group. This must be part of my “other duties as assigned.”

Jenny Wei is an education specialist at the National Museum of American History.