If you’ve got an interest in education, you’ve probably heard of high school administrator Karl Fisch’s Shift Happens presentation or the documentary Two Million Minutes: A Global Examination. These presentations feature statistics which seem to indicate the U.S. is facing a new crisis in educating its youth. 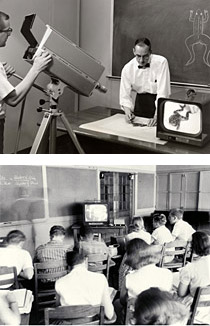 This seemingly sudden realization about the state of education in America is not the first of its kind. Back in 1957 the launch of Sputnik provoked U.S. fear of Soviet domination and spurred a 20 year education reform effort that brought new technologies, like overhead projectors, television, and computers into classrooms as well as new math and science curricula. As the 1970s progressed, attention and funding for challenging math and science programs diminished and—as the U.S.S.R. collapsed in the 1980s—fears of Soviet aggression dissipated.

Now these fears are directed towards India and China.

In his July 2009 “Race to the Top” speech, President Obama voiced concerns about the U.S. being “outpaced in math and science education” and asserted that “improving our education is central to rebuilding our economy.” The President also stated that the Recovery Act promises to be one of the largest investments in public education in American history. The Race to the Top Fund pledges billions of dollars to improve our education system.

The influx of stimulus money and demand for reform has created a huge push to integrate new technologies into classrooms . . . not just in math and science classrooms, but all classrooms. As social studies educators, how can we work together to leverage this trend for the benefit of our students? Students are more technically savvy then ever and are creating digital content at unprecedented rates. 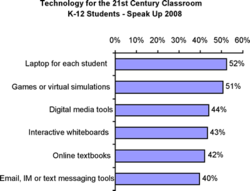 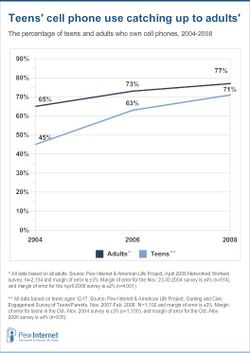 At the museum, we’re working with teachers and students to design, test, and implement online learning tools and resources that support lifelong learning, critical thinking, and creative problem solving. If you’d like to collaborate with us on these type of projects, contact us at Thinkfinity@si.edu.

The last national mobilization to reform education resulted in an increase in Doctoral candidates in math and science and a man on the moon. What will this one bring?

Carrie Kotcho is an education technologist at the National Museum of American History.