To come up with the top ten “O Say Can You See?” blog posts of 2009 I relied on you, dear readers, to tell me what should make the cut. It was a busy year and the museum’s team of bloggers published more than 150 posts. 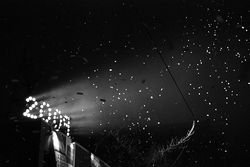 What do you think of this list? Do you have a favorite post that didn’t make the cut?

The feedback we’ve received from our readers this year has been both encouraging and helpful in shaping what we cover and how. We hope that in 2010 you will continue to comment on the blog and spread the word to your friends.

Why not get started now? Leave a comment with your suggestions on topics you’d like to see covered on the blog in the future. What artifact, era, historical character, or behind-the-scenes museum topic are you most interested in hearing about?