You may have heard or noticed that Dan Brown’s latest novel, The Lost Symbol, features Horatio Greenough’s statue of George Washington (pp.87-88), which is a landmark object on the museum’s second floor. You will have to read the novel to find out why Dan Brown included it so prominently in his story. But that is not the only object in the book that is cared for by the museum. Go no further to learn why the Jefferson Bible (mentioned on p. 491) is considered an irreplaceable national treasure and why its future is at risk. 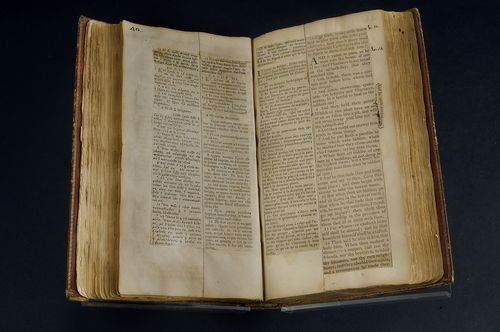 Thomas Jefferson spent much of his later years at Monticello creating a book meant for his eyes only, one which he never intended to publish. Titled The Life and Morals of Jesus of Nazareth (but more commonly now known as the Jefferson Bible), Jefferson created the work by cutting passages from Greek, Latin, French, and English translations of the New Testament and rearranging them into a chronological account of Jesus’ life. His book focused on the moral teachings of Jesus and omitted all mentions of miracles, the Old Testament, and life after death.

The Jefferson Bible is important today because of the unique insight it provides into the religious beliefs of the author of our Declaration of Independence, and the way in which it vividly reflects Jefferson’s own understanding of the First Amendment to the Constitution as it guarantees “freedom of religion.” At the very least, it is an artifact that resulted from the extraordinary mind of one of the nation’s most important founding fathers and Enlightenment thinkers.

Both you and Jefferson might be surprised to learn that, in 1904, a black and white reproduction of the Jefferson Bible was printed and given to members of Congress until copies were depleted not long ago.

Now we need your help to preserve this 200-year-old national treasure. The Jefferson Bible’s binding and brittle pages no longer make it possible to fully open it for photography or display, and the ink that Jefferson used to make handwritten notations is becoming increasingly acidic and damaging to the paper. A full treatment using the latest techniques in paper and book conservation is required to stabilize the book. Once complete, a color scan will be completed so that the Jefferson Bible can be reproduced in print and also be made accessible to view online.

The museum is working to raise money to preserve this object, and your support would go a long way to helping us achieve our goal. Consider making a gift in support of the Jefferson Bible to help it avoid becoming a lost national treasure.

Mike Johnson is a Development Associate in the Office of External Affairs at the National Museum of American History. 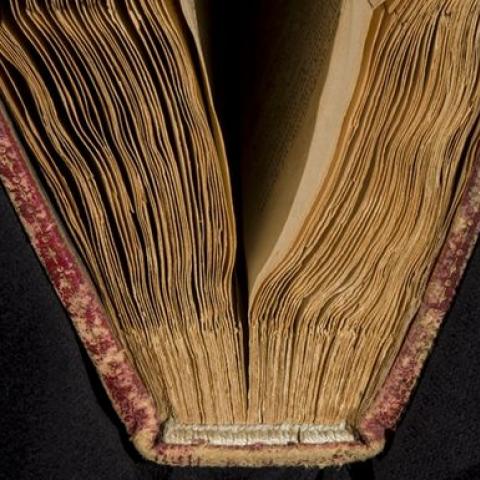 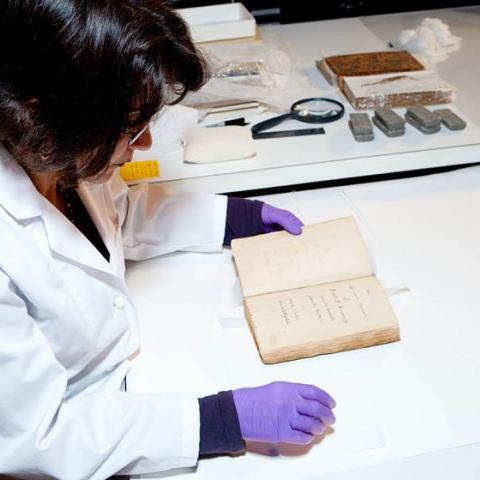