Science? Not really my thing. It’s not that I don’t appreciate science, I just don’t happen to be blessed with the aptitude for it. This is why I wasn’t quite sure what to think when I found myself a part of the team working on the new case exhibit commemorating the 50th anniversary of the invention of the laser. Prior to working on this case, my knowledge of lasers was pretty limited to the laser pointers used in my college classrooms, the little red spot that magically reads music in my CD player, and the midnight showing of the Pink Floyd laser show I went to when I was 16. Like I said, I’m no scientist. 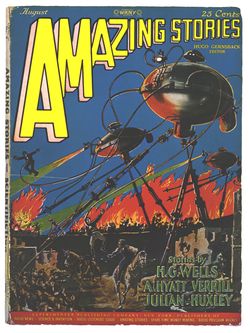 However, what I learned in the ensuing months working with Hal Wallace, a knowledgeable curator in the Division of Work and Industry, surprised me. First of all, the story of the invention of the laser is far from the snoozer I may have initially imagined it to be. It turns out the race to invent the first working laser was, in fact, a race—complete with competing teams, controversial winners, accusations, and ongoing debate. Pretty common themes in the world of invention.

Secondly, despite my initial intimidation, laser technology is not beyond the layman’s understanding. Two objects in our case that I particularly like are the two “amateur” lasers. These lasers weren’t built in fancy labs by researchers with PhDs. One was built in a guy’s basement and another was built in 1964 from instructions found in an issue of Scientific American. I love that that this kind of technology can be reproduced by regular people. In fact, after a quick review of basic physics, even I had a pretty good grasp of how lasers work. 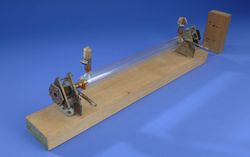 The third surprising thing I learned about lasers is that my limited prior knowledge of lasers as everyday “stuff” is part of the beauty of laser technology. The first laser inventors would probably have been shocked to think that their high powered, cutting edge technology would one day be so seamlessly incorporated into everyday life. How could they have known that in the 50 years following the invention of the first successful laser, lasers would be used in the most advanced ways – like Lasik eye surgery, as well as the most mundane ways – like a $3.00 cat toy. Today we use lasers on the job for precision measuring and cutting, in clinics for removing unwanted hair, at the grocery store to check out groceries, and in our homes to listen to music and watch movies. Laser technology has revolutionized the way we work and play. And what’s particularly surprising is that the technology is so good, most of us aren’t even aware of it.

While the 50th anniversary of the first laser isn’t technically until May, I just want to say, happy anniversary; may the next 50 years be as surprisingly innovative as the first.

5 more surprising things I bet you didn’t know about lasers: 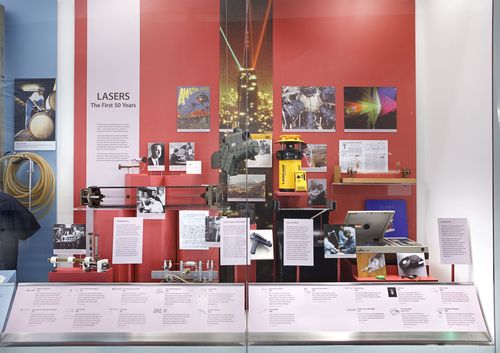 Elisabeth Johnson is a special assistant for public programs at the National Museum of American History. She freely admits that Laser Floyd at the Hansen Planetarium rocked her 16 year old world.