Just imagine: you live in a time before electricity. No sewing machines, no lights, certainly no America’s Funniest Home Videos to keep you entertained. You spend six weeks working 12-hour days inside your small home with four teenage girls and your elderly mother. Such was the life of Mary Pickersgill, the woman who created the Star-Spangled Banner. 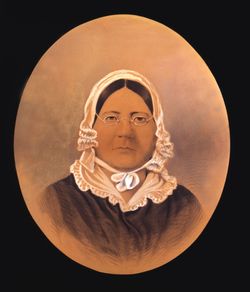 This image is the only known likeness of Mary Pickersgill, though it doesn’t paint an accurate picture of Mary in 1813. Visitors who see this image in the Star-Spangled Banner exhibition often envision Mary as a stern grandmother, sewing quietly in her rocking chair. No offense to the stern grandmothers of the world, but Mary was actually forty years younger when she made the Star-Spangled Banner, and was already a successful entrepreneur. Widowed at a young age, Mary took up flagmaking to support her young family. She made ships’ colors and signal flags for the military and private vessels that docked in the busy port of Baltimore. The $574 she was paid for making the Star-Spangled Banner (and a smaller storm flag) was more than most Baltimoreans of the time earned in a year.

Mary Pickersgill learned the art of flagmaking from her mother, Rebecca Young, who made a living during the Revolution sewing flags, blankets, and uniforms for George Washington’s Continental army. Rebecca lived with Mary during the time the Star-Spangled Banner was created, but since she was 73 years old at the time, we have no idea how much she was able to contribute. We do know that Mary’s daughter Caroline, her two teenage nieces Eliza and Jane, and an indentured servant named Grace Wisher did help with the onerous task of sewing the 30 × 42 foot flag. Grace was an African-American teen who had entered into a six-year indentured apprenticeship with Mary in order to learn “the art and mystery of Housework and plain sewing.” 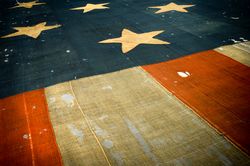 Mary supported this household of women—young and old—through her flagmaking business and by renting rooms of her house out to boarders. In her later life, she became a prominent humanitarian in Baltimore. Mary served for twenty years as president of the Impartial Female Humane Society, which helped find education and job opportunities for poor families, and established a home for aging women that is now known as the Pickersgill Retirement Community.

I often wonder what Mary would think if she knew that the flag she so lovingly created now lays as the centerpiece of this museum. I imagine she’d be tickled that millions of people have traveled here to see it, and incredulous that her handiwork—designed to withstand a few years at the top of a flagpole—lives on to inspire people almost 200 years later.

Megan Smith is an education specialist who can’t sew in a straight line to save her life. 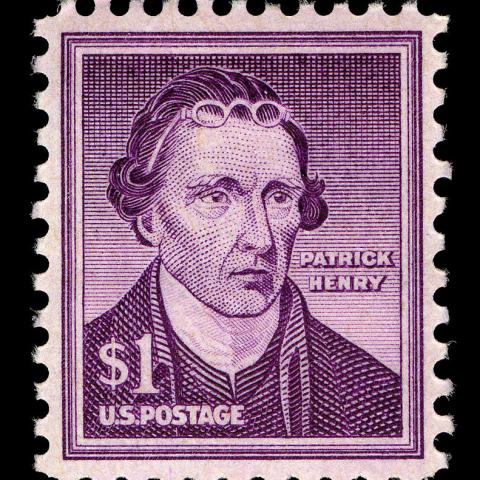 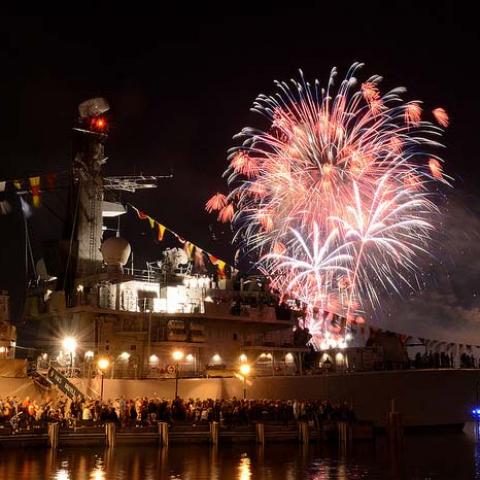