Lincoln and the Civil War

This weekend the museum, along with Ford’s Theatre and President Lincoln’s Cottage, continued the commemoration of the extraordinary life of Abraham Lincoln on the anniversary of his assassination with special activities across the Web and around D.C. Each day, a group of visitors is selected to receive a special trip to the rooftop terrace of the museum and a signed copy of the exhibition book, Abraham Lincoln: An Extraordinary Life. The special commemoration will run between April 14 (the day Lincoln was shot in 1865) through April 26 (the day conspirator John Wilkes Booth was caught).

Our Friday (April 16) winners, Jeffrey and Linda Wallace from Flint, Michig an, were investigating the tea cup, which Lincoln left sitting on the windowsill of the White House just before he left for Ford’s Theatre, when they were chosen. 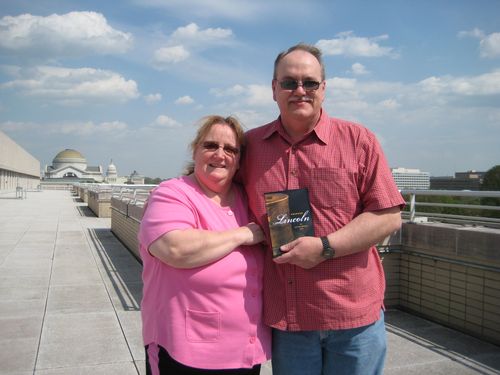 The Wallaces on the museum terrace with the U.S. Capitol in the background.

We asked them to reflect on what they would take if they could have anything from the White House. “I think I would collect a cup—it would last a long time. Either that or a pitcher or plate.” About the tea cup, Linda reflects, “the tea cup is fascinating because it is one of the last things he used—very unique.”

They decided to visit the museum to learn more about Lincoln after hearing the story of his assassination on a segway tour of downtown D.C. “We wanted to come see more about him,” Linda reflected.

Jeffrey summed up why Lincoln is still pertinent to Americans today. “Lincoln’s [rise to the] presidency is such an underdog story. He had to overcome a lot of stereotypes, being a backwoods man and such, as he made his way to the presidency. In reality, I think he was very intellectual.”

Donna Straub and seven other members of Girl Scout Troup 40994 from Summerhill, Pennsylvania, were chosen on Saturday (April 17) while viewing a draft wheel from the Civil War. Being selected by the museum for a special experience was a great treat for the group, who woke up at 4 am to make the trip to Washington, D.C., and was leaving that evening. Many of them dubbed the opportunity “awesome.”

So, what’s a draft wheel? “What would happen is people would be given numbers and their number would be put in the wheel. A number would be picked, and if they picked your number, you would have to fight,” explained Mackenzie Bender.

Conscription was first used during the Civil War to fuel the war effort and has remained a part of civil service ever since.

“It would be better if people just signed up. That would be fairer,” said Jessica Warren. “But I don’t know what to do if people don’t sign up.”

“It’s not right that only boys have to sign up,” said Bender after hearing men 18 years and older must put their names on a registry. “Women want to be equal in everything else—we should have to do the same thing.”

“Girls should have to sign up too,” echoed Dasha Kirby. 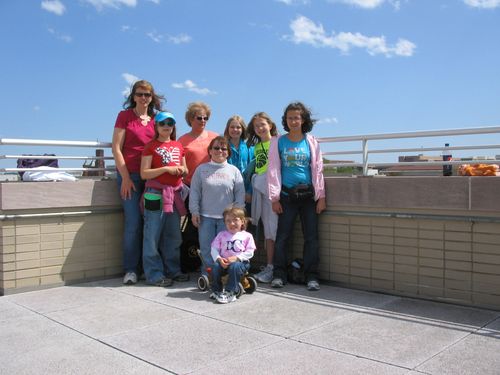 Could you be the next museum visitor we surprise? It could be if we find you in the “Abraham Lincoln: An Extraordinary Life” exhibition within the next week!

We also invite you to share your thoughts about Lincoln in the comments section below. How do you remember Lincoln? Or join us for a free discussion on April 24, From Man to Myth: Abraham Lincoln Yesterday, Today, and Tomorrow.

Erin Nielsen is a floor manager at the National Museum of American History. She enjoys studying how the Civil War changed perceptions of death.