The museum continues its commemoration (April 14-26) of the extraordinary life of Abraham Lincoln on the anniversary of his assassination with special activities across the Web and around D.C. Each day, a group of visitors is selected to receive a special trip to the rooftop terrace of the museum and a signed copy of the exhibition book, Abraham Lincoln: An Extraordinary Life. 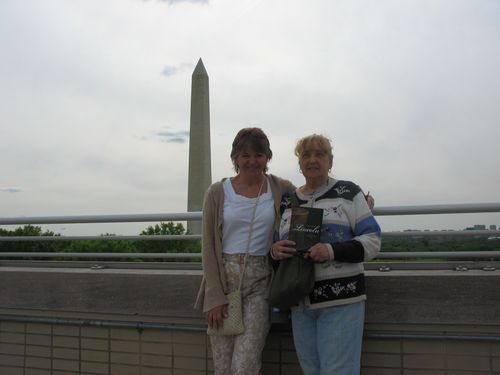 “I’m quite surprised about the nature if political cartoons during Lincoln’s time. I’ve read Eric Burns book and cartoons seemed to be pretty nasty back then,” said Doris.

“What surprised me is that political cartoons even existed in the 1860s. I didn’t realize they were that old,” replied Joline.

Commenting on a cartoon of Lincoln by Frank Bellew, Joline added, “In a way the cartoon is very demeaning. In another, it’s all in the eye of the beholder. Lincoln is seen as a rail-splitter, and to me, a hard worker.”

Regarding the legacy of Lincoln and what he is remembered for, Doris said: “I liken the dependence on slavery then to the dependence on oil now. We know it’s bad but we need it for the economy. The same was true for slavery.”

On Wednesday, April 21, the visitors we selected came to us from England. Their flight at Dulles airport was grounded due to the volcano eruption in Iceland. We found Sean David Ryan and Caroline Miller observing Lincoln’s pocket watch. 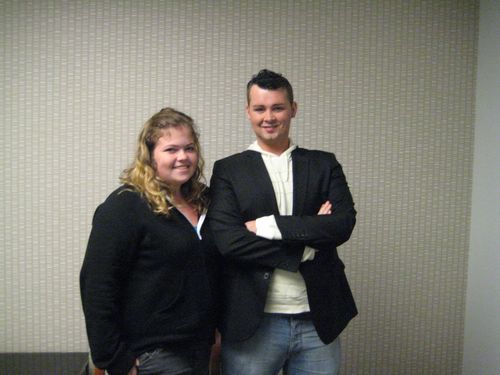 “He is generally thought of as the father of modern America. He was one of the leaders in the [movement for the] abolition of slavery,” said Sean.

When asked what they thought about the recent discovery of engravings on the inside of Lincoln’s watch Caroline said: “It is very unusual. History keeps renewing itself as things come out. [It is] like a jigsaw, history building up.”

When we asked them if they had any objects they have of personal or historical significance, Sean replied: “I have an old pin. It is a few hundred years old. It is a family clan pin.” Caroline said “Me stepmom got a Victorian boot. I’m not allowed to touch it. It is solid silver.”

Want to be the next museum visitor we surprise? Come to the Abraham Lincoln: An Extraordinary Life exhibition. We might just find you.

We invite you to share your thoughts about Lincoln in the comments section below.

Kyle McKinnish Bridges is an intern in the Department of Public Programs at the National Museum of American History. He is particularly interested in military and social history of the American South during the Civil War.