Thanks for doing your part to #rememberabe

On Monday, April 26, 2010 we wrapped up our special eleven day program to commemorate the life and legacy of Abraham Lincoln on the anniversary of his assassination. It was great to meet some of the many visitors who come to the museum every day. 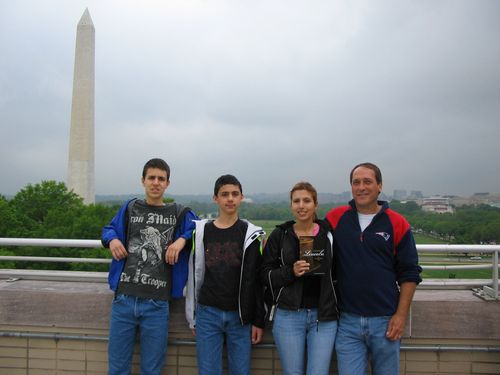 I caught up with Monday's visitors, a family of four from New Hampshire, while they were looking at the prison hoods worn by conspirators of Lincoln’s assassination.

Amy Smith was surprised to hear that John Wilkes Booth, who assassinated Lincoln, did not do so alone. “I never realized that Booth wasn’t the only conspirator, but [thought] that he was alone.” She commented, “I didn’t realized that they targeted his whole cabinet. I thought Booth was just crazy.” 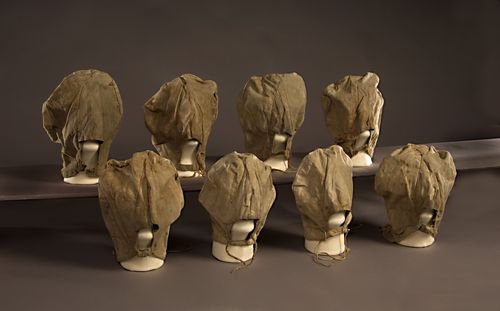 Secretary of War Edwin Stanton ordered that the imprisoned conspirators wear hoods at all times. These canvas hoods with rope ties were made for this purpose. The accused wore the hoods in their cells and on their way to trial.

When considering how assassinations have changed security for our presidents, Chris Smith commented, “I think they [presidents] are well protected.” He mentioned motorcades and their ability to stop traffic as evidence that everyday people see of presidential protection. “I think they have quite a support staff.”

After we headed up to the museum roof, Chris expressed his feelings on Lincoln. “I think he was a great man. I’ve learned a lot of things I didn’t know [about Lincoln] during this trip.”

Amy agreed and pointed out, "I didn’t realize that Lincoln had a patent."  As someone who loves learning new things about Lincoln, I too am always interested to find something unique about our 16th president. 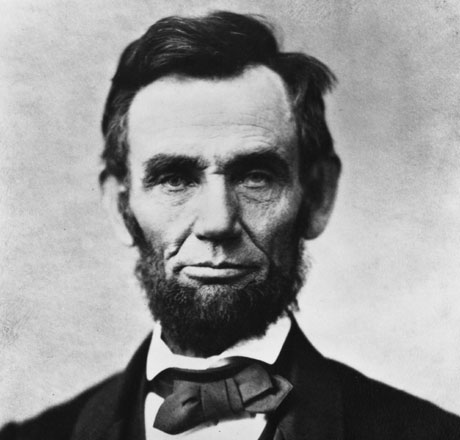 But it was Scott Stanton, 13, who succinctly summed up what many Americans feel about Lincoln, “I find Lincoln inspiring.” So do we, Scott.

Editor's Note: You can read all of the blog posts in the "Remember Abe" series. Let us know how you remember Lincoln and his legacy by using the comments feature at the bottom of each post. You can also follow our special series of tweets by searching the #rememberabe hashtag on Twitter.

Johanna Mutz is a Floor Manager at the National Museum of American History.