Reopening the Dibner Library of Science and Technology

That is the word that that was proclaimed all around me the first day of my internship. I had no idea what it meant. I recognized that it was Latin, but that’s as far as I got. Then I went to the library. And that was where everything came together. 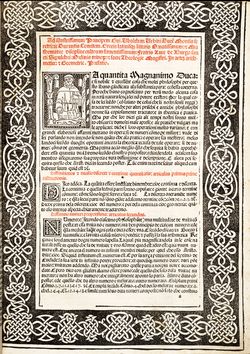 I learned that in the first week of March, the Dibner Library would be reopening after construction and a symposium would be held. This symposium would be titled “The Era of Experiments and the Age of Wonder: Scientific Expansion in the 17th – 19th Centuries,” designed to drive home the point that old books matter. There would be many distinguished speakers, including my supervisor Peggy Aldrich Kidwell, and displays of books for visitors to observe.

My part in this event was to put together a display case of three to five books from the years 1450-1500 on the subject of mathematics. Here is where I finally figured out what that magic word, incunabula, meant. Just like I was, you might be already guessing the general idea behind the word. All books published in the years between 1450 and 1500 are collectively referred to as incunabula. The word means “in the cradle” in Latin; the books represent the birth of the printed word as we know it today! Once Gutenberg invented his moveable type printing press, knowledge exploded across Europe.

Here are two books which caught my eye:

The following week, the History and Pedagogy of Mathematics (HPM) group had a meeting in Washington and I was able to expand that initial single case on mathematics to three cases on mathematics and related sciences. It was a great experience to hear feedback and explain background information about the books I chose to exhibit.

Here are two cool books on applications of mathematics: 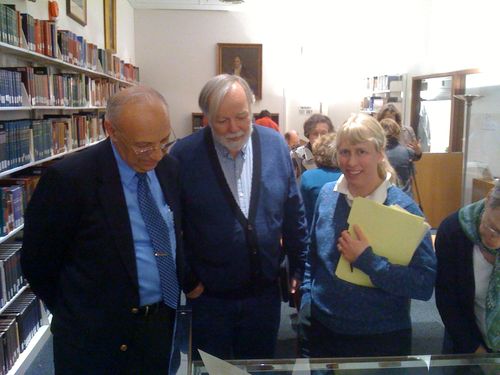 If you’d like to learn more about the Dibner Library and their incunabula collection check out this Web site or for information on the reopening event that I participated in look here.
Happy Reading!

Mary A. Kavanagh is an intern at the National Museum of American History.