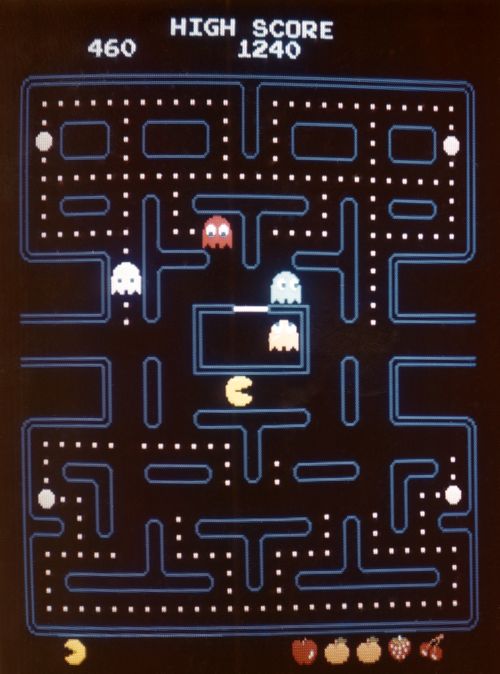 A few weeks ago, I discovered, like millions of others, that Google had changed their online logo again to commemorate another special occasion. (Google has a history of changing their logo in creative ways. See the full list.) This particular instance was to celebrate the 30th anniversary of Pac-man, the popular 1980s video game. What captured everyone’s attention was for the first time the logo was interactive. You could actually play the game! (For those of you who missed it, you can still try it out here.) I hadn’t played Pac-Man in more than 10 years, but before I knew it, I was completely sucked in, staring at my computer screen, determined to “eat” every last pellet. I had forgotten how addicting the game was.

Reportedly inspired by a pizza with one slice removed, Pac-Man was developed by Toru Iwatani, a programmer for the Japanese company Namco. His primary motivation was to develop a non-violent game that would appeal to male and female players alike. His broad target audience was key in the game’s runaway success. Unlike previous hit video games like Pong and Space Invaders, Pac-Man had a recognizable main character which allowed Pac-Man to be the first video game to also be a licensing success. During the early 1980s, Pac-Man was everywhere. He was on the cover of Time magazine, had his own Saturday morning cartoon show, and was featured on more merchandise than you could imagine. 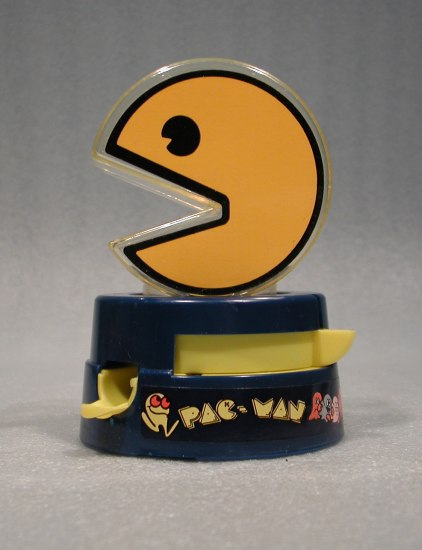 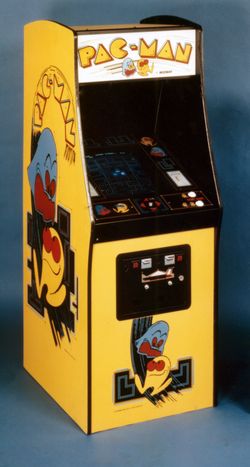 But as the Google logo reminded us, the real reason that Pac-Man was successful was because it was a good game. So good that thirty years later, it could still capture the time and attention (though thankfully not the quarters) of a far more sophisticated video game audience.(That day, people spent 4.8 million hours playing Pac-Man on the Google site, according to CNET)

In the collection, we have a Pac-Man arcade game that was donated in 1984 and was on display for a few years before the museum closed for renovation. We also have over forty items of Pac-Man ephemera, including a gumball bank, alarm clocks, pot holders, records, bedding, cereal, and even a nightgown to document America’s fascination with the game.

Petrina Foti works in the Division of Medicine and Science at the National Museum of American History.