This past weekend the iconic actor and member of the counter culture Dennis Hopper passed away. In 2006, Robert Weingarten had the opportunity to work with Hopper. Weingarten, a California based photographer interested in the line between biography and portraiture asks his famous subjects, “What makes you who you are?” Weingarten proposes that “who we are,” is not the physical self that changes over time, but our passions, mottos we live by, memories, experiences, and contributions.

The resulting image, part of the museum's Photographic History Collection, is a translucent composite made with Weingarten’s digital photographs. 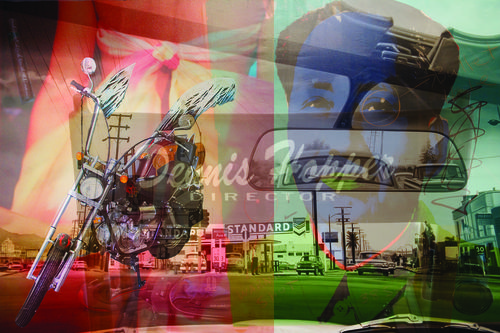 The images are based on the list Hopper made describing himself, which acknowledges his influence on American culture and his personal passions.

Over the next few weeks we will see many obituaries and remembrances written by others. Weingarten’s photograph gives us Hopper’s last word on how he defined himself.