100 years of Boy Scouts in our collections

The Boy Scouts of America was incorporated on February 8th, 1910. In celebration of the organization’s 100th anniversary, Boy Scouts from across the country will be gathering in Washington, D.C., on July 24th and 25th to participate in ScoutQuest, an adventure to uncover the links between Scouting and some of the greatest national treasures through an interactive, citywide hunt. The National Museum of American History is one of numerous museums and historic sites in the nation’s capital participating in the Quest.

As the Boy Scouts look back on their own history, we decided to dig into our own collections for scouting-related artifacts (which include not just Boy Scouts but also Girl Scouts, Campfire Girls, Indian Guides, and more). I was fortunate enough to explore the behind-the-scenes collections and snap some pictures. Here’s a look at some of the intriguing objects collected by the museum over the years.

This Boy Scout tunic was worn by David Loewenwarter between 1911 and 1914 at Camp Custer in New York.  The museum owns a Boy Scout uniform from one year after the incorporation of the program! 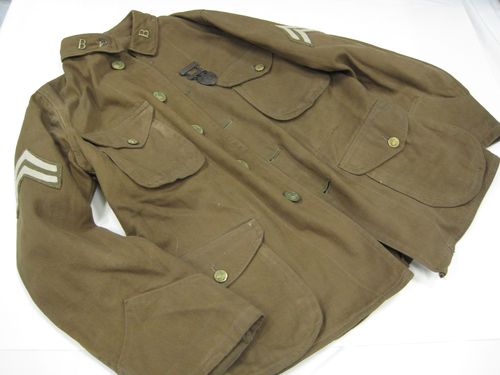 Have you kept your old Boy Scout uniform? What does yours look like?

A bright blue and yellow Fleur-de-lis and Wolf Head design scarf was worn by Cub Scout Den Mothers. I found this object fascinating because I was unaware that Oscar de la Renta redesigned the Boy Scout uniform in the 1980s. 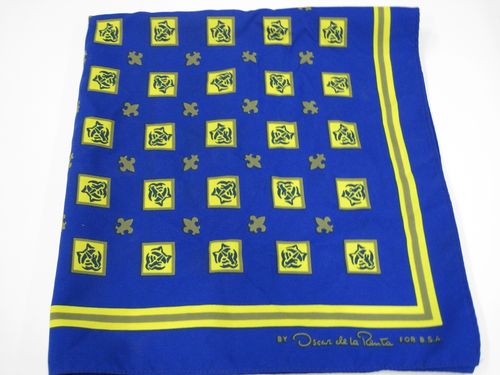 Sixty-three merit badges and four awards fill this khaki green sash that was part of a Boy Scout uniform. These merit badges were earned by James Goode between 1950 and 1956 from Troop 1 in Hickory, North Carolina. Do you recognize any badges that you earned as a Boy Scout? Are there any that you cannot identify? 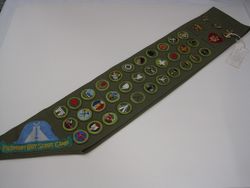 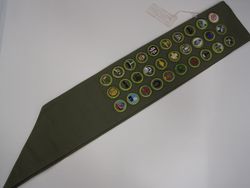 Which badges did you earn?

These membership cards, encased in a “Be Prepared” envelope, were to be carried at all times for identification purposes. Scouts were required to present their membership cards to “a) Participate in Boards of Review b) Participate in Courts of Honor c) Take part in many District and Council activities d) Purchase the Official Uniform and Equipment.” These cards belonged to James Goode and are dated between 1950 and 1956. As a Scout, did you carry your cards with you at all times? 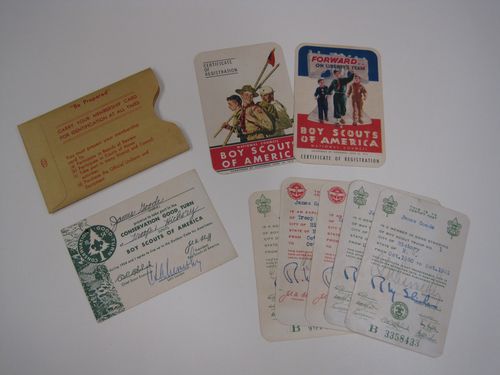 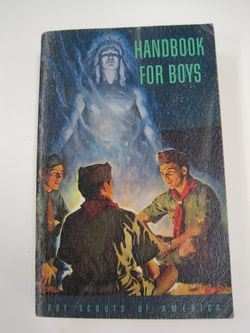 Finally, I found this Handbook for Boys from 1954 interesting; I wonder how this edition differs from previous editions or newer editions?

What Boy Scout items that are most memorable to you? Do you still have any of them in your possession?  What stories do your artifacts tell? Do you have modern versions of any of the objects featured above? Share your stories with us we commemorate the 100th Anniversary of the Boy Scouts of America this summer. 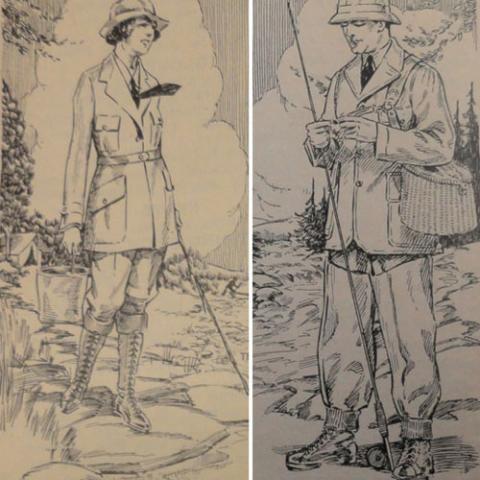