Research in progress: Can you help identify the man in this 1870s photo?

I am currently working on a book project—The Changing Face of Portrait Photography: From Daguerreotype to Digital , due out in March 2011—that includes the photography studio of Barr & Wright. They worked in Houston, Texas, in the 1870s. The National Museum of American History has a collection of about two thousand of the studio’s glass plate negatives. One of the images that intrigues me is a portrait of a lean, fair-skinned man wearing a badge that reads “City Marshal.” I would love to figure out who he is, but as I haven’t included him in my book, I can’t spend the time to nose around too much right now. The little bit that I’ve learned from the Web (if it is accurate) is that the first Marshal (police chief) in Houston was R. Van Patton, who started in 1873. The time period fits with the negative we have. The Web source, which is not footnoted, also indicated that he had a force of twelve men—six white and six African American. Is this a portrait of him, or someone else? 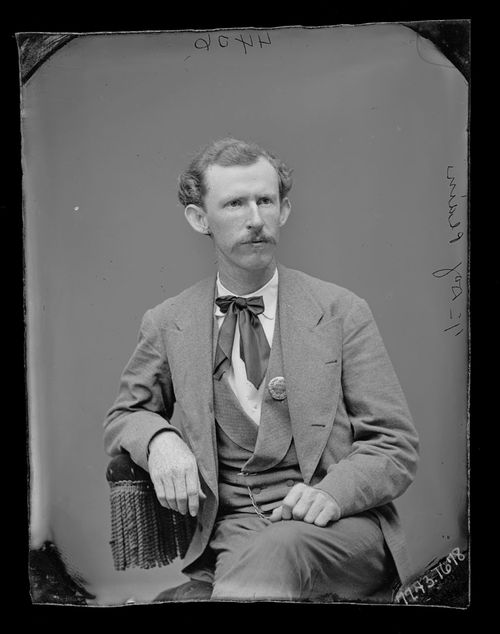 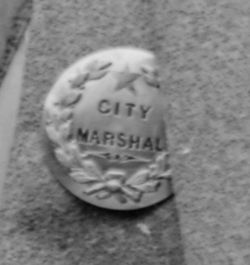 The image of him that you see here is a scan from the glass plate negative. It’s a wet-plate, which means the photographer or his assistant mixed up an emulsion of collodion and silver nitrate, then coated a piece of hand-cut glass with the light-sensitive emulsion. The plate was exposed in the camera while it was still sticky (collodion is Greek for, “to stick.”). After the plate was exposed and developed it was printed. In the City Marshal’s case, the negative was assigned “4406,” as you can see at the top center. He seems to have ordered “1/2 dozen plain” cartes-de-visite (see examples of cartes-de-visit in the Smithsonian collections), which is also etched in the negative along the right edge. (The number beginning with 77.43 is the museum’s catalog number that was inked on the plate.) Theoretically, his photograph may have found its way into to some family albums that are still out there. 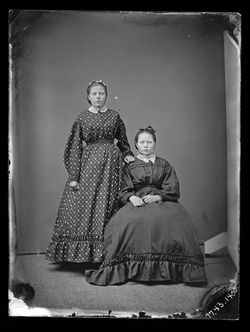 Although, Barr & Wright was diligent about etching the negative numbers on the plates, the log books that would match up names with negatives have not been located. Our collection was rescued in the early 1970s from a building in downtown Houston that no longer exists, so it is unlikely that any other business records will emerge. But you never know! The DeGolyer Library has the Lawrence T. Jones III Texas Photographs collection which holds a number of Barr & Wright images. In fact, our museum has the negative for their photograph of two young women!

Want to have a go at it? Is this a portrait of R. Van Patton, or someone else? Let us know what you find and where!