An old coat and a ping pong ball = Kermit?

Just how did an old coat and a ping pong ball contribute to what would become a global phenomenon? Add a whole heap of imagination, more than a little pinch of creative genius, as well as a generous portion of love and enthusiasm . . . and there you have Kermit, who along with his chums from the TV series Sam and Friends helped introduce the world to the wonderful world of Jim Henson and what would become Muppets. 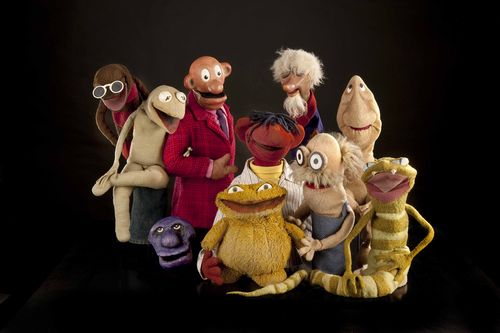 Before I go any further I should probably explain that the original Kermit from Sam and Friends was painstakingly made from a green coat discarded by Jim Henson’s mother and his eyes were each one half of a ping pong ball. It was back in 1955 when Jim Henson’s Sam and Friends debuted on local Washington, D.C., station WRC-TV. It featured a cast of zany characters including a French rat named Pierre, an abstract snake called Icky Gunk, a humanoid by the name of Moldy Hay, the purple skull who loves to eat celery who went by Yorick, as well as a monstrous furry creature called Mushmellon. These names may not be instantly recognizable to today’s generation but when you find out that Mushmellon bears a resemblance to Oscar the Grouch and that Yorick was a pre-cursor to hungry beings like Cookie Monster, you begin to get the picture. It was Sam and Friends that began the Muppet phenomenon and which grew into a world-wide love affair. 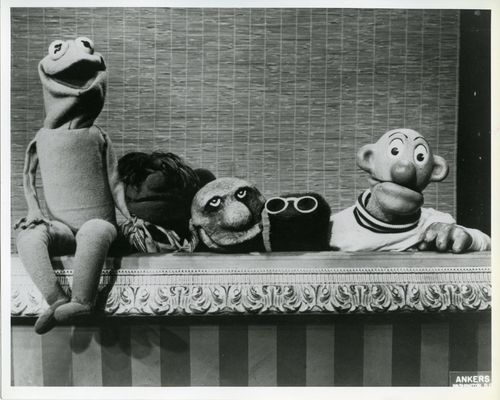 For me personally, the love of all things Henson began rather later in life. I grew up in the U.K., and I vividly remember watching Sesame Street on television, usually while eating my lunch. I loved Big Bird and The Count but my family would frequently compare me to Oscar the Grouch; not for a love of trash I must add, but for my tendency (back then) to occasionally be less than sweetness and light. After being compared to a grumpy, green garbage dweller, my viewing tailed off, and it wasn’t until I met my husband some years later that the enthusiasm returned. 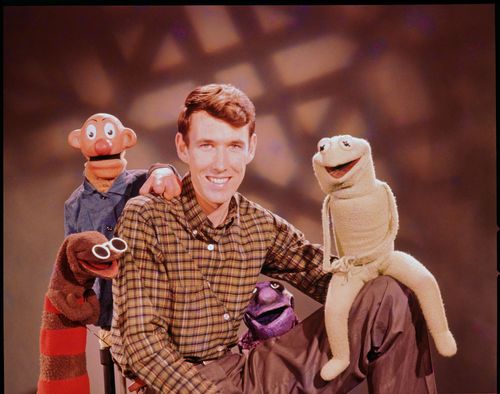 My husband Jon and his family had far more Muppet mania in their household. Both Jon and his sister Dawn grew up with all aspects of Henson Productions firmly embedded in their childhood viewing. They loved Sesame Street, The Muppet Show, the Muppet movies, Fraggle Rock and the more unusual Henson projects like the The Dark Crystal and the Labyrinth film. The Muppet’s Christmas Carol was an unbreakable annual family tradition in the Birkbeck household. (When Jon found out I was going to be working on this project he was so jealous he almost turned as green as Kermit the frog himself!)

So thanks to his influence I began to get reacquainted with Henson’s programs and saw, once again, how the uniqueness of all the characters provided such appeal for both children and adults alike. I admit that I found The Dark Crystal far too scary, even more frightening than the opening sequence of The Incredible Hulk television series—and that used to cause me to hide behind the sofa in terror. 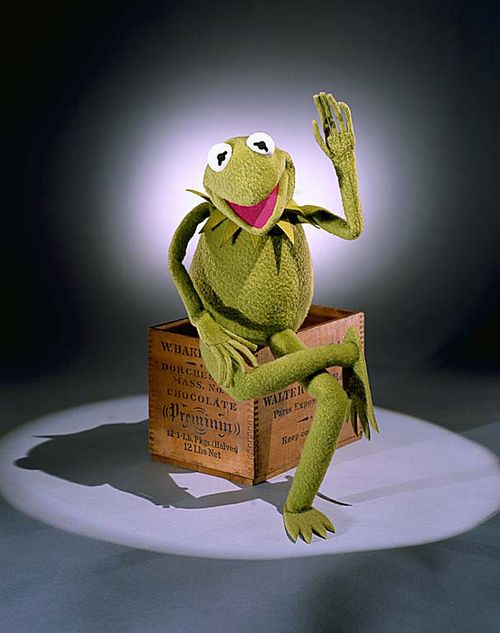 Kermit the Frog. This Muppet was made in 1969 and has been in the museum’s collections for three decades. Note: not currently on display.

Research helped me to discover aspects of the Henson puppet family that I had never heard of before. Sam and Friends was completely new to me, so it was especially exciting to find out all about the original Kermit. More of a lizard than a frog, he has rounded feet and, at this point, he does not yet have his trademark collar. He is less of a vibrant green than Kermit the Frog, although both puppets are about the same size and are operated in the same way. It was a fun discovery to find out from curator Dwight Blocker Bowers that the original Kermit’s puppeteer cavity is actually made from a pair of jeans!

Attending the donation ceremony was a chance for me to see the characters in the flesh. Or should that be in the cloth? They were a lot smaller than I imagined, but perfectly formed, each one with such a captivating expression, so colorful and full of life. I almost expected them to start moving and to join in the conversations! The original Kermit, arm in arm with title character Sam, looked extremely happy to be coming home to D.C. They all did, even the more grouchy looking Mushmellon looked content as they faced the numerous cameras and journalists who had come to see them.

Jane Henson—Jim’s wife and an integral part of the Sam and Friends crew—was there to officially donate the characters to the museum and she talked about them all like old friends, which of course to her, they are. She told us how the puppets were made by Jim Henson when he was in his teens or early twenties—apart from Mushmellon, which was constructed by Jane herself. Watching the donation ceremony, I began to feel like Sam, Kermit, Mushmellon, and all the other characters were now like friends to me too, and that they would soon have a whole host of new chums with all the people who come to visit them at their new home.

Editor's note: Kermit is not currently on display.

Lisa Birkbeck is a volunteer in the Office of Public Affairs at the National Museum of American History.