Editor's Update: See the February 2011 issue of Prototype to learn more about this topic.

One of the best parts about being a Smithsonian curator is the opportunity we get to add to the national collections. It’s something we’re expected to do and we take it seriously.

Since I work in the Physical Sciences collection, my job is to find objects that speak to America’s scientific heritage. Often this means collecting important scientific instruments–like the beautiful Vassar telescope now on display on the museum’s first floor. But we also try to collect things that tell us about how Americans have historically experienced and understood science–and these are often completely different kinds of objects.

If you ask people where they learned the most about science, a surprisingly large number will think back to their high school physics course. They usually remember it as being challenging, but they also remember the fun of doing experiments and making scientific deductions. And they also remember the many intriguing instruments in the laboratory–physics always seems to have a special instrument for each experiment.

I had a chance to collect some of these instruments recently from Richard Zitto, a retired physics teacher from the Youngstown area in Ohio. “Dick” Zitto is something of a local legend, having taught physics to thousands of students over the course of his 39-year career. He’s still remembered for the personal attention that he gave his students, and for the way he used demonstrations and experiments to bring their lessons to life. 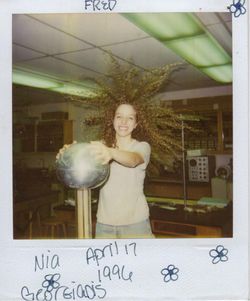 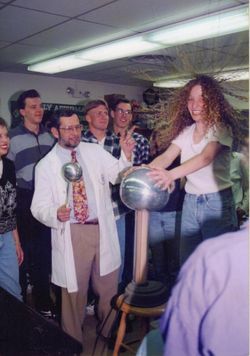 Luckily for me, he also developed an interest in the history of science teaching, and over the years he began to collect some of the old teaching instruments that would otherwise have been thrown away. He recycled many of these instruments into his classes, but the oldest and best he kept safely stored away. 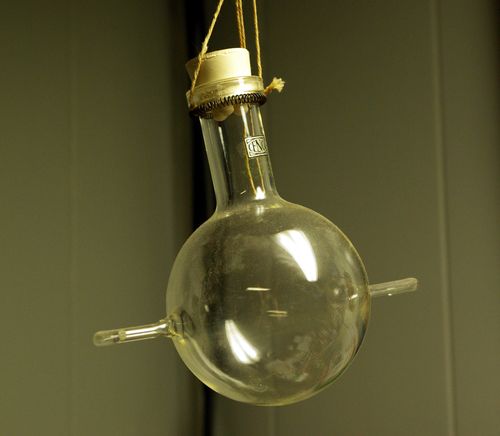 “Cenco Hero’s Engine” – the design of this instrument goes back to the ancient Greeks. This example was made in Chicago in the 1930’s.

The collection he put together provides a remarkable record of how science was taught in one area over the course of more than a century. The oldest teaching instruments were made in the 1850s and the newest date to the 1970s. The best of these instruments are like time machines; they provide today exactly the same experience that they gave more than a hundred years ago. With them we can experience science in much the same way as our ancestors, and with that evidence we can begin to understand what science meant to them. 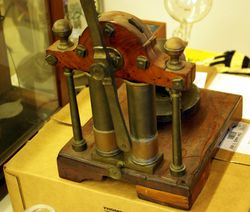 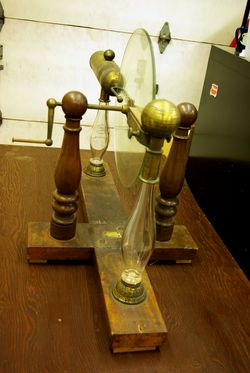 Left: “Pike Air Pump” – Made in America in the 1850’s, this vacuum pump is set up to measure the weight of air–a classic physics experiment. Right: Static Electricity Generator” – This pre-Civil War static electricity generator was used to teach the principles of electricity at a time when few Americans had any experience with this mysterious force. 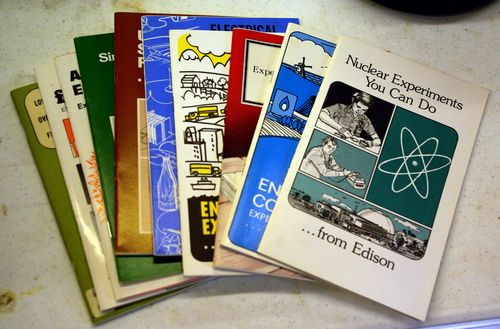 “Edison Booklets” – These instructional booklets were distributed to teachers by the Edison Company.

On July 13, 2010, I drove a large cargo van from the museum to the Zitto home in Eastern Ohio. Dick had offered to donate part of his collection to the Smithsonian nearly a year ago and I had already visited, inventoried, and researched his collection, as well as prepared a 20-page collecting proposal which was then approved by our Collecting Committee. But now all that was behind me and I was off to pack things up and bring them back to the museum.

It took more than 3 days to pack everything up and I was happy to have a large vehicle – there were a lot of boxes! 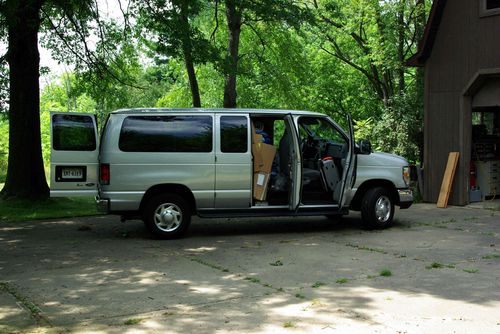 “Loading the Van” – This was the van we used to bring the Zitto collection back to Washington, D.C. We were able to fit everything in, but had to be careful to leave room for our luggage!

While I was there a reporter from the Youngstown Vindicator came by to do a story, and a local TV news team filmed a story for the evening newscast.

We signed the accession documents just before I left to drive back to the museum; these documents formally transferred ownership of the instruments to the Smithsonian and from that point our museum rules went into effect. One of those rules is that the instruments cannot be left alone at any time and so one of my colleagues came out to join me on the drive back.

The trip went smoothly and the instruments are now in temporary storage in the museum. We are now carefully unpacking, cataloging, photographing, and storing them. The whole process will take several months, but when we finish I’ve invited Dick and his wife Pam to come to Washington, D.C., to see how we’re taking care of everything. I’m also making a list of questions for him, because there’s no one who knows more about these instruments and how they work than he does!

The instruments from the Zitto collection provide the framework for a new collecting initiative to study American science education. This collection is supplemented by a reference library we’ve put together of historic physics textbooks, laboratory manuals and student notebooks. A joint project with the Smithsonian Libraries has also digitized a major collection of historic scientific instrument catalogs.

Taken as a whole, these rich–and growing–resources represent a major initiative by the Smithsonian to document and preserve the history of American science education.

When did you first get interested in science? What was the coolest science thing you ever saw? What’s your favorite science place? Share your stories with us in the comments below.

Steven Turner is a curator in the Division of Medicine and Science at the National Museum of American History.