At lunch a few days ago, I was sitting next to a retired engineer from the U.S. Department of Energy. When I told him about our work at the Lemelson Center, his eyes lit up. “You know,” he said to me, “my son is an inventor. He started his own high-tech business about five years ago.”

This sort of thing happens to me all the time. Or, just as often, people tell me about inventing outside their day job, confessing it to be their true passion. I’ve been getting these reactions since the Lemelson Center began some fifteen years ago and it has become evident to me that independent inventors are everywhere, often hidden in plain sight. In this era of corporate, academic, and government dominance in innovation, one wonders what’s happening with the independent types who seemed to rule the U.S. scene until the advent of the industrial research lab a century ago. The short answer is they are still with us and they are doing some exceptional things. 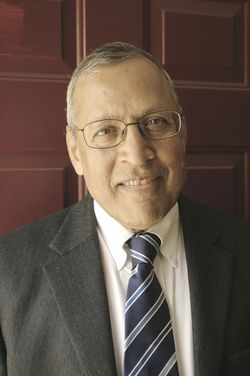 At the Lemelson Center we have made a special effort on behalf of the independents—those who make their living outside major research or technological organizations—primarily because they are at the greatest risk of being lost to history. They often aren’t captured in institutional archives nor even in the patent record, since many work below the Patent Office’s radar. Some hesitate to self-identify as inventors until they break out with a recognized success. With such obstacles, how even to get a reasonable census? Another problem is popular perception, strongly conditioned by stereotypes in movies and other popular media, not to mention comic books, where inventors are caricatured as special oddities, eccentric guys carelessly attired, with wild hair and imaginations to match, bordering on lunacy. Would we recognize an independent inventor if we saw one?

The Lemelson Center’s sampling of the independent inventor’s domain, however, presents a radically different picture. Visit our website and you will see women inventors as well as a diversity of races, ethnicities, and ages—most neatly dressed and coiffed. Dare I say that they are by and large “normal” people? The fertile imaginations are always intact, but with this difference: these inventors are firmly anchored in the real world. The truly inventive personality, journalist Walter Lippmann once wrote, lives between “fact and fancy.”

How different, if at all, are independent inventors from their organization-based brethren? B. P. Agrawal, winner of this year’s $100,000 Lemelson-MIT Award for Sustainability, has worked in both worlds and sees, or at least feels, marked contrasts. An Indian immigrant trained as an electrical engineer, he worked for many years for major U.S. R&D corporations, enjoying a long and more-than-satisfying career. But he occasionally felt stymied by bureaucratic red tape and a “can’t do” mentality. Recounting his experiences in his acceptance speech for the Lemelson-MIT award, Agrawal’s mantra was “nothing is impossible,” something he proved again and again to initially skeptical managers. His saving quality was that he never took rejection personally, and remained optimistic about innovation as a path to the future. 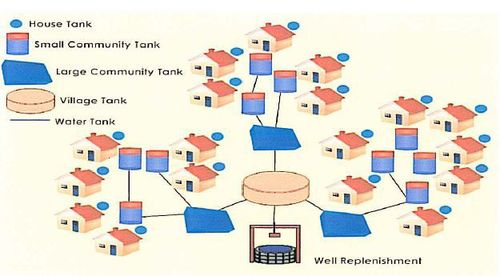 A few years ago, he decided to break out on his own, starting Sustainable Innovations, a nonprofit firm bringing improved access to clean water and health care, as well as novel business models, to rural India. The creative floodgates were opened. His award recognized his community-driven rainwater-harvesting system andmobile health clinics. But most satisfying to Agrawal was his ability as an independent entrepreneur to follow his inventive passions as he built bridges between his native India and his adopted country. Agrawal’s experience is hardly unique. It is a story I’ve heard many times at the Lemelson Center, especially from immigrants to the United States who want to give something back to their home countries.

Of course, many R&D corporations fulfill the inventive dreams of their research staff and innovative people clearly thrive in institutional environments, with the major added advantage of the organizational backing necessary to make large-scale differences. A prime example is Stephanie Kwolek, a loyal DuPont research chemist whose fortuitous invention of Kevlar is featured in the Lemelson Center’s Invention at Play exhibition. But for B. P. Agrawal, the answer was clear. He tried both paths and distinctly preferred his life as an independent.