Ever subject to revision and review, history often has a way of catapulting one figure into fame at the expense of another’s descent into obscurity. Case in point: the life and legacy of Rudolf Eickemeyer, Jr. Like the pioneering art photographer Alfred Stieglitz, Eickemeyer was internationally recognized as a talented Pictorialist at the turn of the twentieth century, yet today he doesn’t even have his own Wikipedia entry. As an artist whose landscapes and portraits had the power to reassure Americans in the midst of great change and modernization, Eickemeyer’s work embodies art’s power to touch people’s lives, making it worthy of rediscovery. 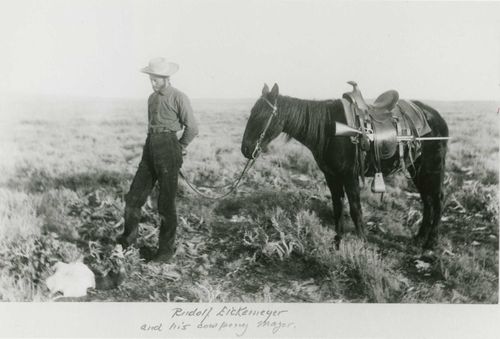 A lifelong resident of Yonkers, New York, Eickemeyer began taking photographs as a 22-year-old apprentice in his father’s engineering firm, Osterheld & Eickemeyer, in 1884. As an amateur he photographed the machines his father patented, though he soon took lessons with a professional photographer and began exhibiting his work. In 1894 alone he won sixteen medals in ten international exhibitions, including the Gold Medal Honor Prize from Hamburg’s Amateur Photographic Society, and a Gold Medal at the Joint Annual Exhibition of 1894 for the best picture by a member of the Society of Amateur Photographers of New York.

He took up photography full-time in 1895, and that year he and Stieglitz were simultaneously elected to the renowned society of art photographers the Linked Ring Brotherhood. This was an especially high honor, as they were the first Americans ever to be inducted into the London-based group. 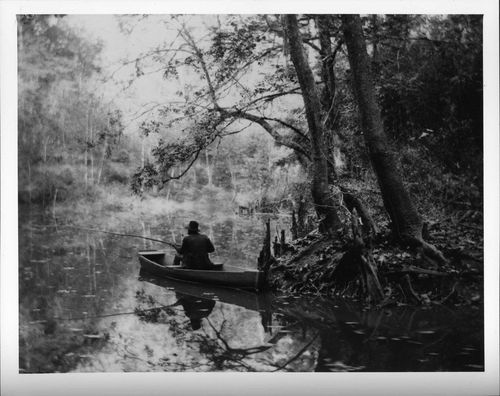 At a time when cities were expanding and competitive commerce was booming, Eickemeyer responded to American middle class anxieties regarding change by providing serenity and solace in the form of soothing bodies of water and country trails covered in snow. His landscapes speak to a desire to return to nature, demonstrating the deep nostalgia for country life felt by the urban masses. 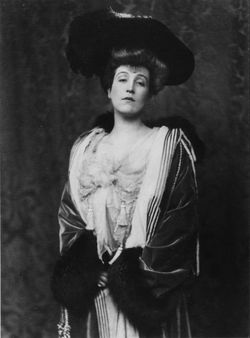 Perhaps best known for his portraits of Evelyn Nesbit, Eickemeyer spent a portion of his career photographing high society women. They are at once gorgeous and oddly painful to look at, for in the eyes of those wealthy women there remains a kind of longing. These portraits provided assurance that these New Women, so-called because they were fiercely feminine and increasingly independent, could be easily accommodated by the emerging culture. Nevertheless, I cannot help but wonder whether these images also hint at the restraints still being imposed on them by society.

Ultimately, what I find most compelling about Eickemeyer is his undying embrace of the amateur’s spirit. From the 1890s up until his death in 1932, he partnered with Kodak to create illustrated instructional pamphlets for amateurs, lectured at camera clubs, and served as a juror at various amateur exhibitions. As a testament to his belief that art is for everyone, he donated most of his work to the Smithsonian, along with an endowment for the maintenance of his gift and to develop the Museum’s photographic collection. Encouraging one and all to take up photography, he urged his audiences to approach their artistic work seriously. Through his constant efforts to democratize art, Eickemeyer would prove to be an American professional who never forgot his amateur roots.

Carolyn Ureña is an intern in the Photographic History Collection at the National Museum of American History.