From the Victory Garden: If you like it hot

Editor’s note: This post is the second in a series of monthly posts exploring the work of Smithsonian Gardens and its relationship to American history.

If you like it hot, you’ll love the fish pepper (Capsicum annuum var. annuum), a little striped pepper that packs quite a wallop! But even if heat isn’t your thing, these plants, with their variegated leaves and multi-colored fruit, are a wonderful addition to any ornamental garden. They grow perfectly fine in containers and tolerate heat and drought quite well. 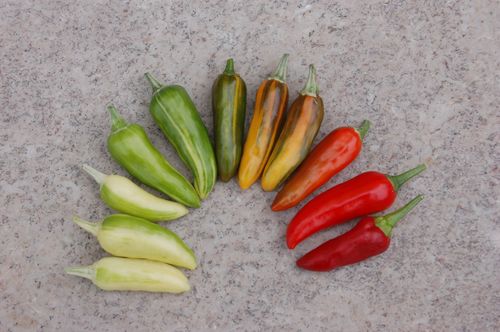 This plant is a hometown favorite, first documented just over the border in Maryland in the early 1800s. It began to reveal its beauty when a mutation occurred in the genetic code of a common Serrano pepper. The odd name comes from its use, mainly in the seafood dishes that are so popular here along the East Coast. The young peppers, which start out with a white to light yellow skin, are highly valued for adding a spicy kick to cream sauces; a red or darker pepper would muddy the clean look of the cream. Fish peppers are considered the “secret” ingredient. 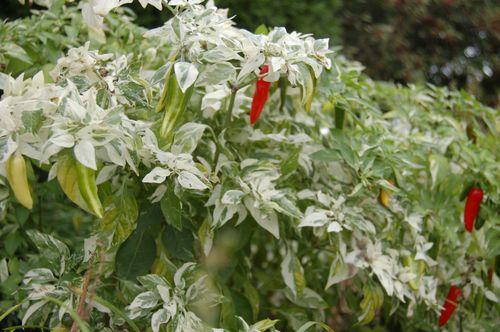 Fish peppers are edible at all stages of development, turning from white with green stripes to orange with brown stripes, and finally to a bright, solid red color. The fish peppers we grow today in the museum’s Victory Garden trace their heirloom roots back to plants once quietly cultivated by generations of African-American gardeners and chefs. Knowledge was passed down in stories, along with the seeds, and today this marvelous little plant speaks volumes on the importance of saving seeds, planting heirloom crops, and educating the next generations on these topics as well.

To see this plant and other heirloom peppers, visit the Victory Garden located off of 14th Street along the west side of the National Museum of American History.