The National Mall then and now

Last week on the museum’s Facebook page, we featured a photograph of the National Mall taken from the Washington Monument in 1965. We asked if anyone could tell the differences between the National Mall then and now—and we received lots of great comments! 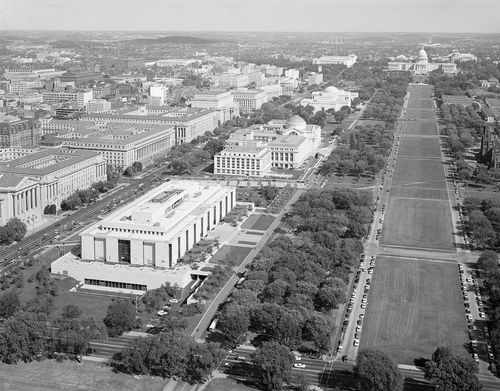 North Side of The Mall looking towards Capitol Building, 1965. Smithsonian Institution Archives.

The image below is an even older photograph. Where there are streets today, there were once canals. Can you see the sailboat on the left that has come up from Potomac? 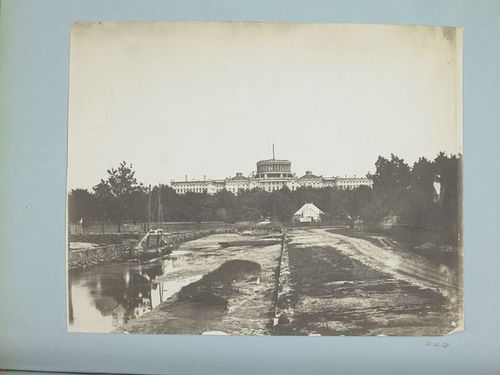 This photograph of the unfinished Capitol Dome from about 1860 is included in an album of experimental photographs by Titian Ramsey Peale. Peale was better known as a scientific illustrator from the National Museum of Natural History and the son of Charles Willson Peale, who had a profound impact on the concept of museums in America. 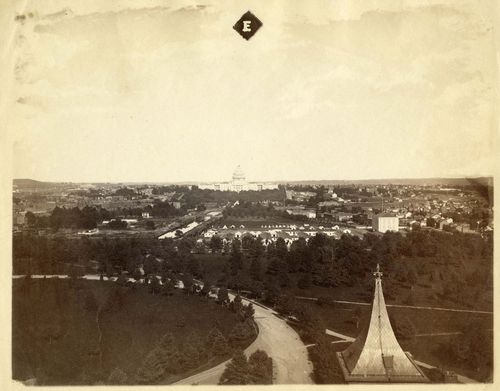 Photograph by Titian Ramsay Peale, View of Mall and Capitol from the Smithsonian Castle, about 1880. Photographic History Collection.

Above is another photograph taken from the Smithsonian Castle in the 1880s. The canals from the previous photo are gone, though there is a narrow pool of water running up towards the Capitol Building. The expanse of grass where crowds now gather for inaugurations, demonstrations, and the Fourth of July celebration was then a tree-filled park with curved paths.

By looking at how the landscape of our National Mall changes over time we learn how malleable the physical space is. The way the Mall is populated with people, buildings, and foliage says something about how society imagines and understands public space.

Editor’s Note: What differences do you see between these photos and the National Mall today? Let us know in the comments!