1939: The year of goldfish gulping

It started out with one. One live goldfish, swallowed up by a Harvard freshman on a dare. Three weeks later it rose to three, and four days after that it jumped to 24. By the end of April 1939, the record for the number of goldfish swallowed stood at 101. Students at colleges across the country—the University of Michigan, Boston College, New Mexico State, among others—had popularized a quest to see how many goldfish a single person could eat in one sitting.

As an intern in the Division of Culture and the Arts, I did not begin my research with this topic in mind. My job was to find headlines describing major news events that occurred in 1939. These would be used to border the walls for the 1939 exhibition on the third floor of the museum. But what began as a simple search for headlines ended with a collection of news titles about gulping (and in some cases, chewing) goldfish. I knew I would probably find some quirky headlines from such a momentous year, but I never expected to find this.

Of course, college crazes are nothing new. In the 1950s, students stuffed themselves in phone booths to see how many bodies they could cram inside; in the 1970s, students streaked naked across campus. But 1939 featured a trend unlike any other. Students bet goldfish as if they were poker chips, constantly raising the stakes by downing more fish than the previous record-holder. Some goldfish gulpers paired their scaly little victims with chasers or condiments. While one student doused his fish with salt and pepper before ingesting them, another accomplished his feat with the help of three bottles of milk. The originator of the craze, Lothrop Withington, Jr., actually chewed his fish before swallowing and chased it with mashed potatoes, according to a letter written 24 years later by his friend and published in the New York Times. 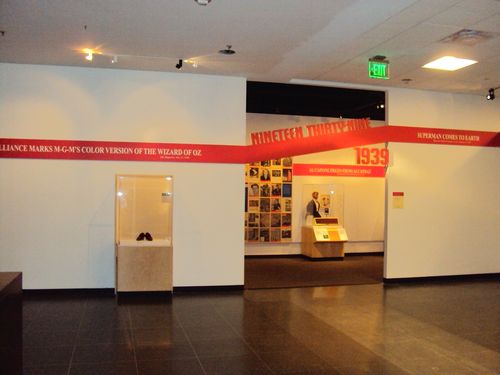 It didn’t take long for adults to step in and try to put a stop to the craze for various reasons. College administrators found one student’s conduct “unbecoming” and suspended him. Administrators at the California Institute of Technology called off one student’s attempt to set a new gulping record after animal rights activists voiced opposition to the event. Animal rights supporters in Boston even threatened to sue Boston College officials if contests continued. Doctors weighed in on the physical dangers of eating live fish, warning youngsters about fish tapeworms and anemia. A member of the Massachusetts Legislature sponsored a bill to “protect and preserve the fish from cruel and wanton consumption.”

In a letter written to the New York Times, one incredulous observer wrote, “I am a believer in education—even in higher education for those worthy of it, but I have always maintained that a large percentage of those attending our colleges should never have been admitted. Some evidence of the truth of this is evident in the present epidemic of live goldfish swallowing in some colleges. Although fish, as a food, has had the reputation of being an exceptional brain builder, I understand that this reputation has been proved false.”

Yet interference from administrators and medical professionals could not put a stop to the craze. Instead, like most fads, it simply died off. A few collegiates at the University of Chicago turned to swallowing phonograph records instead of fish in the wake of the dying trend. Not surprisingly, record swallowing didn’t prove too popular in the long run, but one student did manage to choke down one and a half records. Soon after it began, however, the goldfish gulping contest ended with little fanfare.

The headline that wound up in the exhibit is from relatively early on that year, when the record stood at a mere 25: “Goldfish Gulping Derby Lead Taken by Penn, 25 to 24,” from the March 29 edition of the Washington Post. As random and ridiculous as the activity of swallowing goldfish is, it seems somehow appropriate that it should populate an exhibit about entertainment in a year filled with economic uncertainty and the possibility of American involvement in a world war. Americans sought entertainment as a way of escaping from these concerns. Asked about the goldfish swallowing craze in April 1939, one doctor explained, “A fad that can be rationalized, that has some definite value, will stay. Those which do not will go.” This was one craze that could definitely not be rationalized. After all, that was the point.

Amelia Meyer is an intern in the Division of Culture and the Arts at the National Museum of American History. 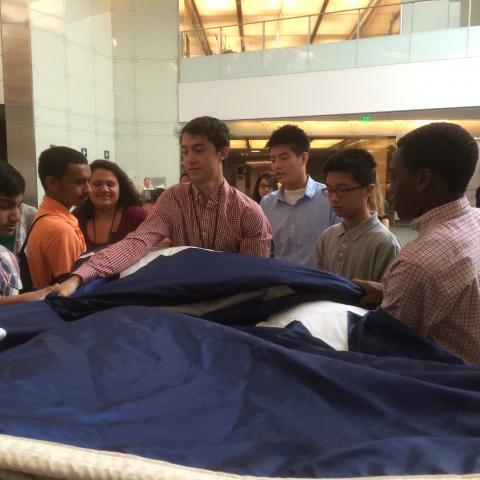 10 tips from actual teens on how to survive (and enjoy) a trip to the history museum
In an effort to include teen voices in the museum's programs and directly address the needs of the hundreds of thousands of youth visitors... 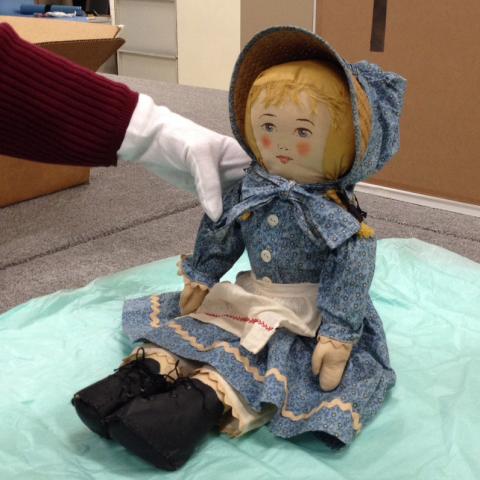