Today, the National Museum of American History and Smithsonian Jazz celebrate trumpeter Joe Wilder’s 89th birthday. Born in 1922 in Colwyn, Pennsylvania, Wilder’s passion for music began when, as a young boy, he saw his father play the tuba. Primarily known as a jazz musician, Wilder has performed in diverse entertainment settings such as in touring jazz bands, classical orchestras, and on popular television and radio programs. Today, the National Museum of American History honors Joe Wilder, a pioneer on and off the stage. 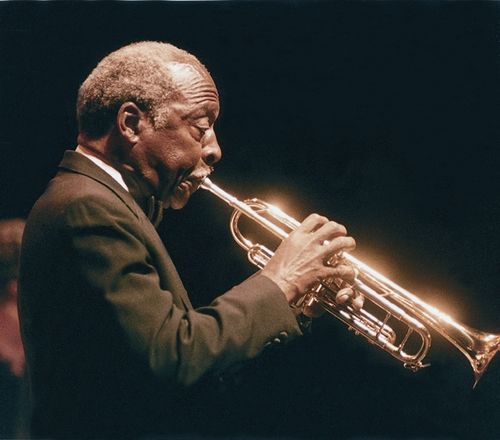 As a student at the Mastbaum School in Philadelphia, Joe Wilder played first-chair trumpet for the school’s symphonic orchestra. While he enjoyed jazz music from a young age, his instructors discouraged the playing of jazz. Years later, Wilder’s symphonic conductor at the Manhattan School of Music similarly detested jazz. 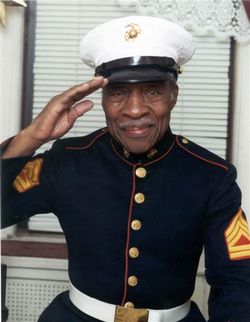 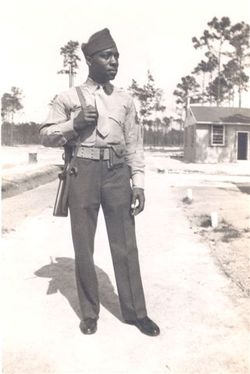 In 1943, the 21-year-old Wilder was drafted into service during World War II, and joined the Marines:

They did give me a choice of Army, Navy, or Marine Corps…they had just begun recruiting black Marines. They never had black Marines before…They weren’t accepting musicians…So I said, well, if that’s the case, I might as well go into the Marine Corps.

Prior to military service, Wilder embarked on his first professional tour with Les Hite’s band in 1941. After the war, he continued on a long, prosperous career in which he recorded and toured with the likes of Count Basie, Lionel Hampton and Jimmie Lunceford, among others. 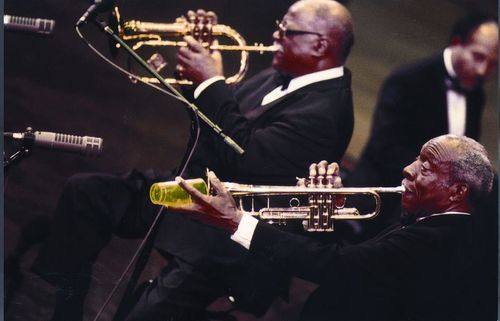 In 1962, Wilder toured the Soviet Union with Benny Goodman’s band on behalf of the State Department. In 1985, he recorded on Benny Carter’s A Gentleman and His Music to the delight of his father:

I remember, when I was a kid, my father used to point at him. He said “Listen, you want to be a musician? You want to listen to people like Benny Carter”…He admired Benny… [When I] told him that I was going to do a recording with Benny Carter, he said “You really are somebody.”

In addition to his contributions to other bandleaders, Wilder has recorded a number of albums under his own name, most recently Among Friends in 2003. In 2008, Wilder received the National Endowment for the Arts Jazz Masters Fellowship.

On the Biggest Stages

Wilder’s musicianship took him to Broadway and network television in the 1950s. He performed on the initial three-year Broadway run of Guys and Dolls. Afterward, he became the first black musician to play a key chair on Broadway in Cole Porter’s Silk Stockings. Wilder contributed trumpet to numerous ABC programs, including ABC Dance Party and radio broadcasts of The Merv Griffin Show. After 17 years at ABC, he moved to NBC and worked on shows such as Kraft Music Hall and The Dick Cavett Show. During this time, he subbed on the CBS programs The Jackie Gleason Show and The Ed Sullivan Show. 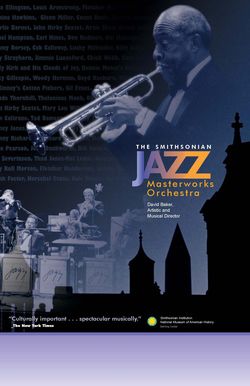 Since 1990, the Smithsonian Jazz Masterworks Orchestra has promoted jazz’s historical legacy through performance. In its 20th anniversary, we are proud to recognize Joe Wilder’s contributions as a charter member and a continuing presence with the orchestra.

Often, Wilder had been a featured soloist in SJMO concerts honoring some of his former bandleaders.

In April, the Smithsonian kicks off its 10th annual Jazz Appreciation Month. This year’s official poster honors pianist and composer Mary Lou Williams. In anticipation, I would like to end this piece with another noteworthy Smithsonain Jazz Masterworks Orchestra performance featuring Joe Wilder: