The problem with storage

Storage at a museum is not a new problem. You collect stuff, and you have to find a place for it. Everyone knows how that works in their own houses, office, garage. But how does that work in a museum? Well, when you have a collection that has been around since the founding of the Smithsonian (more than 150 years) it’s a bit different. You just can’t go through and toss stuff out because it’s old, worn, or you can’t see a need for it anymore, the way you can at home.

Since I began working at the National Museum of American History in 1983, it’s been interesting to watch generations of curators think about storage. When I began working in the Armed Forces History division, we had curators who had been here since the 1950s and 60s. They had to move all the objects in the collection over to this new museum (the Museum of History and Technology opened in 1964 but was later renamed the National Museum of American History). So they had to move from the Arts and Industries building and from the Natural History Museum. That meant they had storage rooms to fill with units and do layouts for those units, marking the floors as to where they would be placed, and figuring out how to organize everything. And that’s how the objects have been stored pretty much ever since. 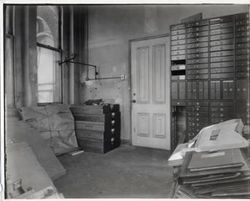 Storage at the Arts and Industries building in the 1950s

Now, almost 50 years later, I have the opportunity to do the same thing, but in a different way.

In November of 2009, I was informed that the Armed Forces collection was to receive $2 million towards collections storage renovation and accountability with two years to spend it. These funds were part of a federal earmark to the Smithsonian Institution and came to us through the Collections Care and Preservation Fund. This was unbelievable and not something that happens frequently. Over the previous 5 years, our collection had received hundreds of thousands of dollars of grant money specifically to inventory, photograph, clean, and rehouse more than 6,500 uniform items. However, we were now out of space in our existing units to store these objects! Therefore, we had a great need for these new funds and now had the resources to do something that had not yet been done at the National Museum of American History.

Working with a team of space planners and cabinet providers, we set to work on new storage plans for our collections. This was overwhelming, trying to think about how to store and reorganize close to 200,000 objects of all types and materials. And in the process, we had to update all the data in the Collections Information System (CIS) which is our official object information system. 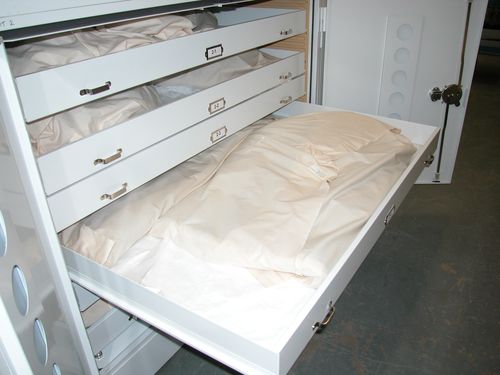 These uniforms are now kept in the compact racks pictured above to maximize museum storage space.

So here we are, one year later, and one room is completed with new compacted storage racking for oversized collections. Another one has been half emptied to allow the rail system for the compacting to be installed. 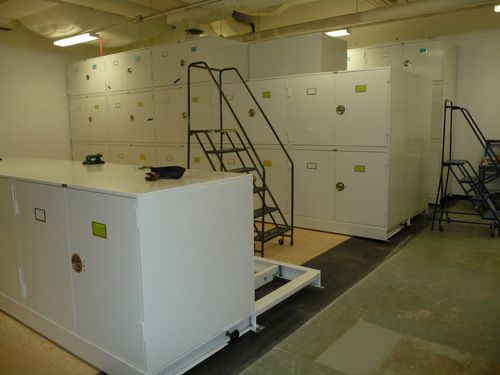 These partially completed compacted storage units are set on rails so they can be pushed together to conserve space.

The team of seven inventory and collections staff are hard at work checking the objects and their numbers, retagging, photographing, entering data into the museum’s CIS system, and moving them all over the museum as temporary storage until the new spaces are completed. Since August, we have updated 9,500 inventory/collections records and attached almost 13,000 images to those records.

Jennifer Jones is a Curator and the Chair of the Armed Forces History Division at the National Museum of American History.