Out of Storage: Fire hat, sewing machine, dress with cannons, and more

With over 3 million objects in our vast collections, the museum is only able to exhibit a fraction at any given time. Last week, a group of seldom-seen objects were taken out of storage and showcased on tables during a special “Objects Out of Storage” event. Artifacts on display ranged from glittering sewing machines and colorful coverlets, to eyeglasses and firemen’s hats.

Here’s a small visual sampling of some of the objects on display and their historical contexts: 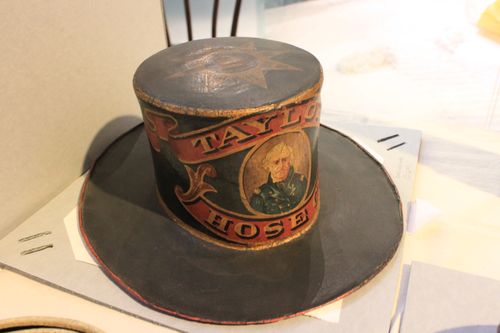 This painted fire hat belonged to the Taylor Hose Company, a Philadelphia-based volunteer fire company that got its name from Zachary Taylor, national military hero and 12th president of the United States. The pressed felt hat is not particularly hard, nor protective, but it would have been worn to fires until the 1830s or 1840s. The star pattern on the top of the hat depicts a code for the fire bell: for example, the vertex pointing north has one mark, representing one continuous peal that alerts fire companies of a fire to the north of the city. 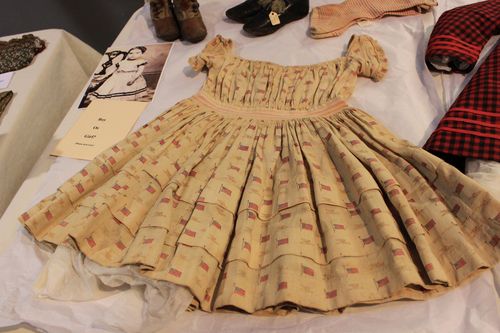 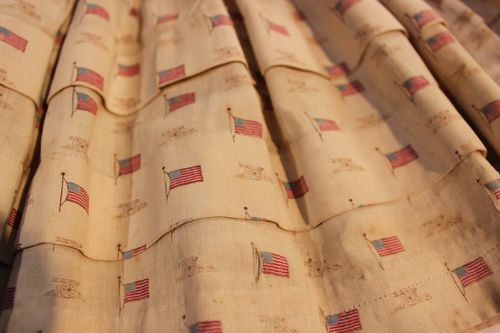 Made during the Civil War, this children’s dress features a waistband and a gathered skirt, which are characteristic of many of the dresses constructed during this period. The fabric is a repeating pattern of American flags and cannons, suggesting that the dress was worn by a child on the Union side of the line. The clothing item could have been worn by a boy or a girl. 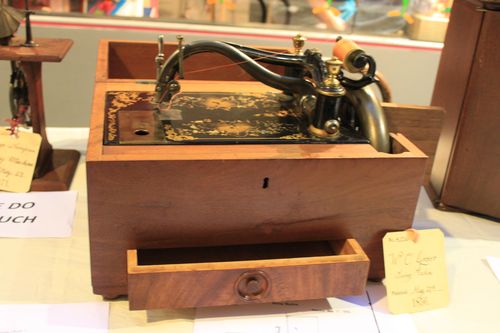 Invented by Boston tailor William Grover, this is an 1856 patent model of the first portable sewing machine case. The wooden model, which comes with a commercial Grover and Baker sewing machine positioned inside, features a small drawer and collapsible handle. 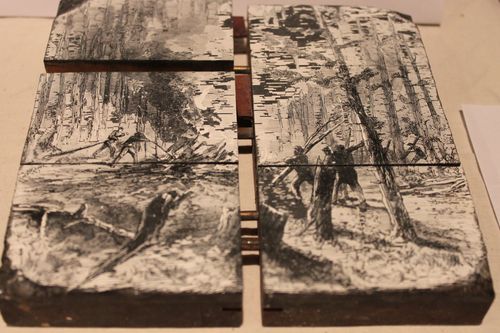 These engraved wood blocks were used for Civil War publications, and they depict camp construction and soldiers gathering and burning wood. The blocks were produced in the 1860s, and many were later printed in New York Sherman Publishing Company's The Pictorial Battles of the Civil War (1885). This wood engraving was produced on several blocks of end grain wood, such as boxwood, which were bolted together to allow for a larger printing surface. 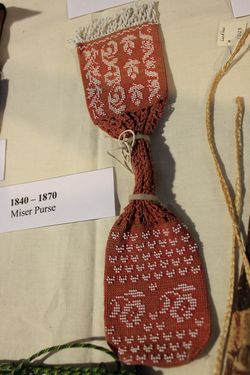 The miser purse has two differently shaped compartments on opposite ends—one square, the other rounded on the edges—to allow the user to separate his gold coins from his less valuable change and know, by simply feeling the compartment, the contents of each side. Two rings slide up and down the middle of the purse to tighten the slits and secure the contents. Users of the miser purse, also known as the “wallet purse,” carried the bag by flipping it over their belts and folding it in half—the originating concept of the modern bi-fold wallet. The purse could have been used by a man or woman from 1840 to 1870.

What objects from the collection would you like to see taken out of storage? Share in the comments below!