As you wander through a museum, do you ever wonder about the story behind a collection or object? How did something so intriguing or beautiful ever come into a donor's possession? Why did the donor part with it? These stories can be surprising, convoluted, and, on occasion, even incredible. If you're lucky enough to see the display of celluloid on the first floor of the museum, you'll see a collection with a particularly interesting story. 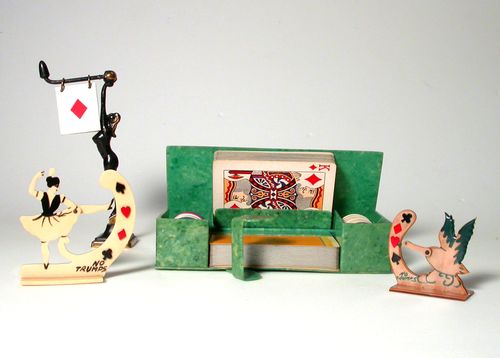 Dadie and Norman Perlov, long-time residents of New York City, have always had the "collecting bug." Early in their life together, they acquired artifacts made of iron, but the objects tended to be large in size and began to overwhelm the apartment, which was soon being shared by their three young daughters. This prompted Dadie to look for an inexpensive collectible that could be handled by and would be of interest to her children. During the 1960s, she settled on celluloid, a new material developed by American inventor John Wesley Hyatt in 1869.

Considered the first semi-synthetic plastic, celluloid was invented to replace ivory in billiard balls, but it proved unsuitable for the purpose. This sent its inventor to look for other applications. Because celluloid could be made to imitate expensive or rare materials—such as ivory, tortoiseshell, and mother-of-pearl—it was soon employed in the manufacture of fancy goods affordable for the growing middle class. As celluloid became more plentiful and inexpensive, its applications expanded, and by the 1880s, it was everywhere. To provide just a few examples, it was used to make post cards, game pieces, toys, advertising novelties and souvenirs, jewelry, knitting needles, straight razor handles, and  imitation linen collars and cuffs. (To learn more about celluloid and other historical plastics, check out the Syracuse University Library Special Collections Research Center.) 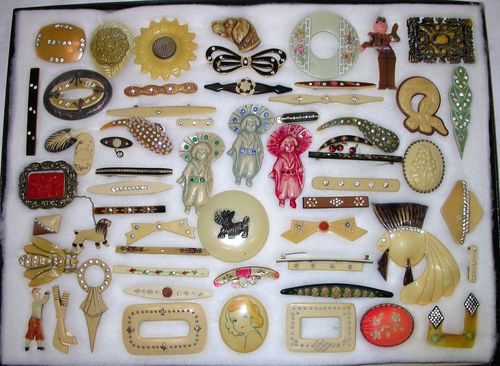 It turns out that Dadie made an excellent choice of material. Daughters Nancy, Jane, and Amy enthusiastically joined their parents on collecting trips, visiting flea markets, antique stores, and rummage sales in the United States and abroad. Dealers and store owners came to know Dadie and her daughters, and would set aside celluloid items to display later for the Perlovs. By the 1970s and 1980s, celluoid-collecting had become an obsession, fueled by the Perlovs' increasing knowledge of the material's history and their appreciation of celluloid's impact on society in the late 19th and early 20th centuries. (An interesting aside: one of the books they read was Pioneer Plastic: The Making and Selling of Celluloid [1983] by Robert Friedel, who began working on the book while he was a Fellow at the National Museum of American History.) 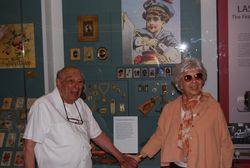 Dadie and Norman Perlov in front of the celluloid exhibit at the museum.

By the time the Perlovs stopped amassing celluloid in the late 1980s, the collection numbered 7,500 pieces. This is where the National Museum of American History comes in. Since her girls were grown and had families of their own, Dadie decided it was time to downsize her collection. She wanted to share it with the American people, so who better to give it to than the Smithsonian Institution!

In 2006 I received a letter from Dadie, offering her marvelous celluloid collection to the museum. I told her I'd be happy to travel to New York City to take a look at the collection, and my colleague Eric Jentsch and I wound up making three trips over the course of several months. During our second trip, we spent three days in the Perlov apartment. We took over the living room, unpacking box after box so we could examine, photograph, and list every item. 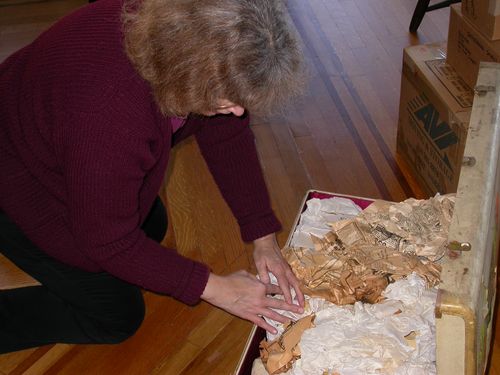 The author in the Perlovs' apartment, about to unwrap celluloid artifacts for examination. 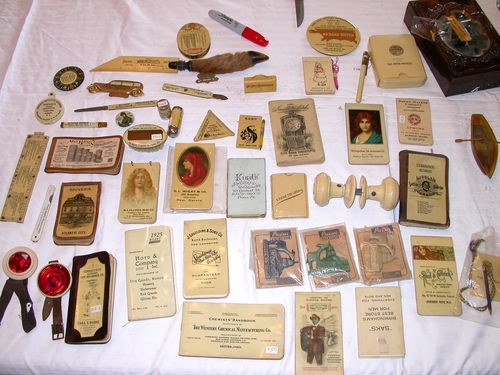 Celluloid objects spread out on a table in the Perlovs’ living room.

In the end, we collected 1,755 pieces. You might ask how we selected fewer than 2,000 objects out of over 7,000. Well, it certainly wasn't easy! We tried to collect examples of each type of artifact, but in the case of the post cards and advertising materials, we collected all the pieces that were available and in good condition. I probably shouldn't admit this, but once I was there and looking at all of the wonderful objects, I stopped thinking about whether I had enough storage space—I just figured I'd find the space afterward, and luckily, I did.

Ann Seeger is Curator of Chemistry in the Division of Medicine and Science at the National Museum of American History.