Podcast: The Future of Food

Editor's Note: This post is part of a series to accompany Inventive Voices podcasts from the Lemelson Center for the Study of Invention and Innovation. In this post, Project Curator Amanda Murray elaborates on themes related to a new podcast featuring Warren Belasco, an American Studies professor at the University of Maryland, Baltimore County and a founder of the academic food studies movement. Listen to the podcast to discover how past generations viewed the "future of food." 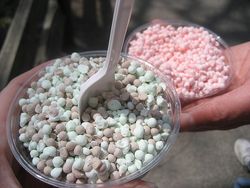 If you've been to a Six Flags theme park in the past few years, you've probably seen it: Dippin' Dots, "Ice Cream of the Future." Maybe you sampled the Alien Vanilla Crunch flavor with "top-secret chocolate coated space rocks." When these ice cream pellets were invented in 1987, the "future" was probably somewhere around today, but no matter—it can be postponed. "Ice Cream of the Future" is just a slogan for an odd, amusing treat, and as you inch closer in line to the next death-defying Six Flags roller coaster ride, it probably seems just fine that the future, at least the Dippin' Dots future, may never actually arrive. 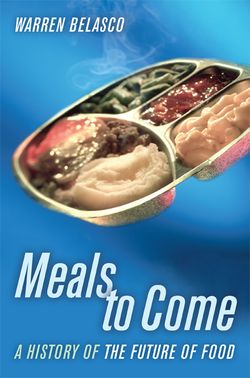 Meals to Come: A History of the Future of Food by Warren Belasco, interviewed in this month’s podcast. Courtesy of University of California Press.

But when it comes to questions about the real future of food—where it will come from and whether there will be enough for the entire world—people are more serious, more anxious, and many are devising inventive solutions. In fact, we're not the first generation to experience this mix of anxiety and optimism abut the food we eat. What have feelings about the future of food looked like in the past?

In this month's Inventive Voices podcast, Warren Belasco, a pioneer of the academic food studies movement, explores a history of the future of food and explains how futuristic visions of what we eat appear in everything from economic theory to science fiction films to policy debates around genetic engineering. Some mid-century sci-fi depictions of "runaway technology"—mad chemistry, nuclear rays, and robots gone awry—even seem prescient of today's genetically-modified Frankenfoods and heavily industrialized agriculture.

One of Warren's interests (and mine) that didn't make it into the podcast is modern, futuristic kitchens presented at world's fairs, especially during the 1930s. Throughout this tumultuous decade, world's fairs across the country encouraged Americans to imagine a more hopeful future in which better-designed goods would enable a life of greater convenience, comfort, and security. 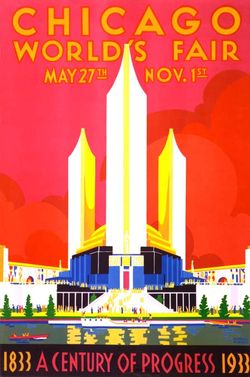 World's fairs brought modernist design out of art galleries and into visions of everyday life. Fairs promised that the kitchen of the future would be as sleek and efficient as a new Ford. Common to all the 1930s world's fairs were model homes, such as Chicago's House of Tomorrow, showing off the latest innovative building technologies, architectural styles, and home furnishings. As electrification spread beyond urban centers and as Americans consumed more processed, packaged foods, world’s fair model homes emphasized "labor-saving" electric appliances, laboratory-like sanitation, and standardization for cooking—and less and less interaction with the food itself.

Fast forward to 1964, considered the "future" if you lived in 1933. In a campy Frigidaire marketing film, a woman visiting the 1964 New York World’s Fair encounters "imaginative design and new concepts from the far corners of the world" as she teleports magically from one modern kitchen to another (each as abundant with ethnic stereotypes as with electric appliances). As the viewer flies over model forests and model cities, a narrator explains that "[i]n and around great cities like this, will live many of the people of the future, a future of limitless hope and promise, and nowhere will this be more evident to the homemaker than in the kitchen of the future." What are we to make, then, of today's high-end consumers who want a rustic farmhouse table from Pottery Barn to go with their sub-zero refrigerator and dual-fuel, self-cleaning, electronic-controlled Viking Range? 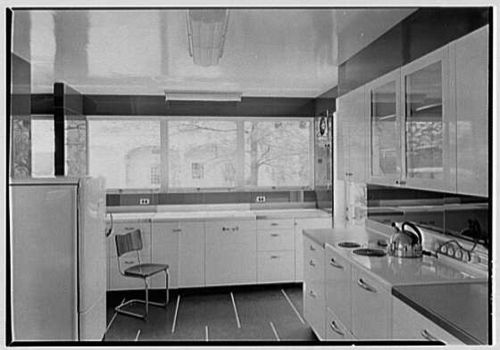 As Warren notes in this podcast, there is a tendency to over-credit technological innovation and change in providing all the solutions we need, and ours is not the first era to see reactions against over-modernized food (he calls this reaction the "countercuisine") and over-modernized society in general.

We are likely to find that many futures of food can coexist. When faced with questions like how to regain control over the origins of our food or how to produce enough for everyone, we can produce diverse and creative solutions that use ideas from different economic theories and different farming practices, from a mix of high and low technology, and from where we've been and what we've seen before.

Amanda Murray is a project curator for the Lemelson Center for the Study of Invention and Innovation and produces the Inventive Voices podcast.