Searching for Anna Lowell: The mystery behind a Civil War nurse's photo album

Editor’s Note: This is the third post in a series featuring additional context about "So Much Need of Service": The Diary of a Civil War Nurse, a joint exhibition with the National Library of Medicine that documents the experiences of those who contributed to the Civil War effort, such as nurses Amanda Akin and Anna Lowell. 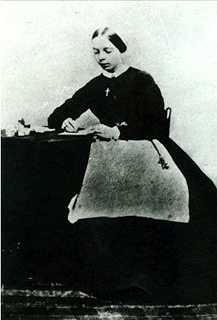 Anna Lowell, in Washington, D.C., around 1863. Courtesy of Carol Bundy.

A couple of months ago, I went for a walk here in Washington, D.C. My destination was 1228 N Street NW, just two blocks south of Logan Circle. My mission was to stand before the building described in a Washington Post article as a "plain three-story brick house ... with a lawn of velvety grass [and] the words 'School of Cookery'" lettered on the western façade. But when I arrived at my destination and saw instead a hulking apartment building and no lawn, I realized that wishful thinking—or, rather, the relentless passage of time and perhaps even demolition cranes—had gotten the better of me.

In fact, the aforementioned Post article is dated May 3, 1896. The quaint house at 1228 N Street and the School of Cookery no longer exist. In 1906, the school’s founder Anna Woodbury (née Lowell) died in her home several blocks from the school at 1319 Massachusetts Avenue—another house that I later confirmed on the same walk is no more. 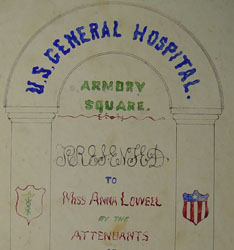 I've been drawn to Anna Lowell and inspired to take walks like this in search of her story after encountering an artifact from her life that, unlike the School of Cookery, still exists. At the National Library of Medicine, one can view a photographic album  presented to Lowell in 1864 by a group of attendants in D.C.'s Armory Square Hospital. In 1862, having recently been trained as a nurse, Lowell had traveled from Cambridge to D.C. and immediately gotten to work. Lowell—niece of the famous poet and critic James Russell Lowell—initially served as a nurse on a hospital ship, the Daniel Webster, and, for the remainder of the Civil War, volunteered in Ward K of the Armory Square Hospital. 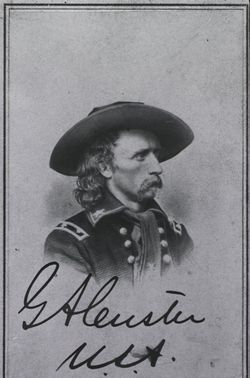 I have had the good fortune of spending some time with Lowell's album. I enjoy showing the album's lovely inscription to groups touring the NLM’s historical collections. Photograph albums were common gifts among people during the period, and in Lowell's, one finds 142 cartes de visite (card photographs), including scenes from the Civil War, images of monuments, and portraits of individuals ranging from military figures like General George Custer to royalty like Queen Victoria and Prince Albert. All of the photographs in Lowell's album are available for view in the NLM's Images from the History of Medicine (IHM) database (to have a look at them, click here).

You can now view the album in person at the National Museum of American History, where it is currently on display in an exhibit about Lowell's fellow nurse in Armory Square Hospital, Amanda Akin. In addition to her work as a nurse in Ward K, Lowell was in charge of the hospital's special diet kitchen. (Take a moment to read about Akin's run-ins with Lowell about special diets in Akin's published memoirs; see page 240, for example.) The museum's joint exhibition with the National Library of Medicine features issues of the hospital's newspaper, Armory Square Hospital Gazette, whose final issue, dated August 21, 1865, lists the hospital nurses, including Lowell. While Akin left the hospital before the end of the war, Lowell stayed until the institution closed in the summer of 1865.

Why did the Ward K attendants, in the midst of a war, gift Lowell with a photographic album? I wondered, was it her birthday? Was it a farewell gift? 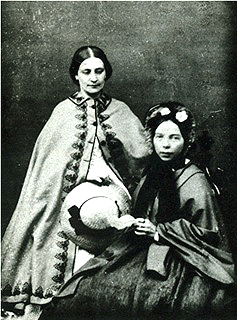 Anna Lowell, seated, with fellow nurse Miss Low, a niece of New Hampshire Senator John P. Hale and a volunteer in Ward I. Washington D.C., circa 1863. Courtesy of Carol Bundy.

With a little sleuthing, I came upon what I believe to be the answer. I discovered that both of Lowell's brothers, James Jackson Lowell and Charles Russell Lowell, Jr., died in service during the war, in 1862 and on October 20, 1864, respectively. Anna learned of Charles' death two days after, directly from General Custer, another brigade leader at the Battle of Cedar Creek where Charles had been mortally wounded. Anna met with Custer at Secretary of State Edwin Stanton's offices, where she had gone in search of news about her brother. 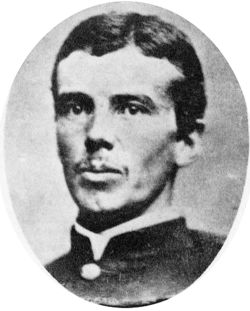 Armory Square Hospital could not spare Anna Lowell, even in her grief, and she could not attend her brother’s funeral in Cambridge with the rest of her family. Charles' death was announced in the October 29, 1864 issue of the Armory Square Hospital Gazette (Anna is not mentioned). I re-checked the date the album was presented to Anna Lowell, November 24, 1864, and it all clicked. The album—and the photograph of Custer, in particular—all at once took on a new light for me. I no longer view the album as a random gift; rather, I see it as a moving tribute and a kind gesture made in light of the personal loss borne by Lowell as she stayed in the overwhelmed Armory Square Hospital wards, with the rest of her family mourning in Cambridge.

Following the war, Lowell married a prominent D.C. physician, Henry E. Woodbury, but the marriage quickly soured. Dedicating herself to charity work, she founded in 1879 the first mission school of cooking, which included among its students African Americans—a fact that piqued my interest in Lowell. She later published a cooking manual that would be used in D.C. public schools. Lowell's obituaries in the Washington Post and the New York Times extol both her work as a nurse during the war and the school she worked tirelessly to maintain and develop.

I didn't need to venture out and walk very far, after all, to get a deep sense of Anna Lowell's story. That's the beauty of historical artifacts and the many powerful stories they can tell us when we let them to speak for themselves.

Dever Powell is Rare Book and Early Manuscript Librarian at the National Library of Medicine.