The public memory of September 11

Editor's Note: This is the first in a series of weekly blog posts exploring the 10th anniversary of September 11. Learn about the museum's commemoration plans.

A unique forum took place last night at the National Building Museum. "The Public Memory of September 11" offered engaging and often riveting presentations on designing and building the three major memorials to the people who died in New York, Pennsylvania, and Washington, D.C., in the tragic attacks on September 11, 2001. The panel for the forum included Alice Greenwald, Executive Vice President for Programs at the National September 11 Memorial & Museum; Jeff Reinbold, Site Manager for the Flight 93 National Memorial; and Jim Laychak, President of the Pentagon Memorial Fund. As the 10th anniversary of that dramatic day approaches, I thought it was important to bring together, for the first time, the people who have provided leadership in creating these memorials. They more than fulfilled my expectations. 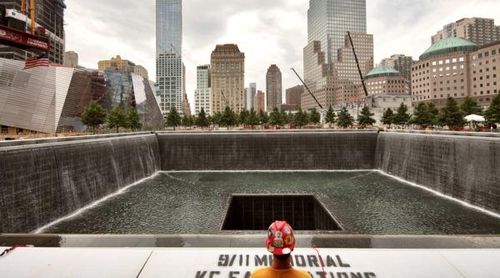 Unlike other anniversaries in American history we are observing this year (the Civil War, for example), we are not nostalgic about September 11. Yet, even before the dust had settled and the grim task of investigating the events of that day had been completed, there was a public consensus that we should memorialize the people who died on that day. That consensus was fragile, however, and a vigorous public debate followed that continues today. A wide range of questions emerged during the planning and building of these memorials: 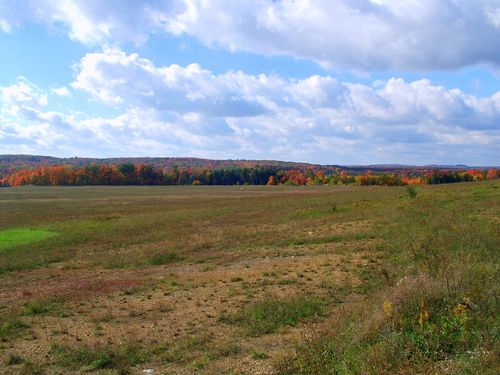 Landscape of the Flight 93 National Memorial. Photo by Chuck Wagner.

The answers to these questions and many others reveal much about our own times—our aesthetics, our politics, and our language. The process of building memorials to September 11 also forces us to consider the role of religion and spirituality. In creating memorials to the victims of the September 11 attacks, we are engaged in what sociologist Janet Jacobs describes as a process of transforming sites of violence and death into sacred ground. In a secular society that prides itself on tolerance and diversity, this is a profound challenge, made even more difficult when we are continuously reminded—on September 11, 2001 and this past week in Norway, for example—of the violence and death that takes place in the name of religion.

At the conclusion of the forum, Alice Greenwald made a distinction between a memorial and a museum. While the memorial will honor the dead, the museum must tell a story about what happened and why. As a historian, I am intrigued by the "why" question. Why did this happen? Why did all these people die? These questions arise at critical moments in our history. At Gettysburg, Abraham Lincoln transformed the meaning of the Civil War from a conflict to preserve the Union to one that would fulfill the promise of the Declaration of Independence and that the carnage of war would bring about "a new birth of freedom." 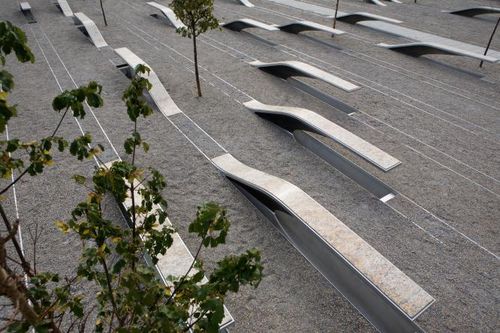 Less famously but equally profound was the conversation I witnessed between a father and his young son near Ground Zero at the New York Fire Department Memorial at the firehouse of Engine Company 10, Ladder Company 10. The memorial is a large bronze bas relief mural that honors the 343 firefighters who died on September 11. It graphically illustrates the scene as they rush into the burning towers of the World Trade Center. The little boy asked his father to explain what was happening in the scene, and the father tried to recreate the horrific events of that day. The boy was patient but persistent.

"Why are the buildings on fire?"

"Because some men flew planes into them."

"Because they were very angry."

"Why were they so angry?"

I could sense the father's growing frustration at this point, but I could not hear his response. Or if he responded at all.

We all share that frustration of trying to make sense of history, explaining the causes of events that often defy explanation. And we must try to understand not only the causes but the consequences of major turning points in our history. Certainly, September 11, 2001 is one of those turning points.

Remembering September 11 and honoring those who died is vitally important. It is equally important that we try to understand the meaning of that day and how it continues to shape our lives and our times.

Brent D. Glass is the Elizabeth MacMillan Director of the National Museum of American History.