Theater Preview: "Time Trial of John Brown" and "Am I a Pirate?"

When you read a textbook, glance at a grainy photograph of a legendary historical figure, or gaze at an artifact locked behind a protective wall of glass, it's sometimes easy to feel as though history is over there and not here, a distant and removed past that lacks tactility in the present.

Here at the museum, we're always looking for ways to close this gap between our visitors and American history—and the historical theater program, called History Alive!, is likely the most visible result of this mission. On any given day, you can see a different show in operation about every hour and a half in different quarters of the building. 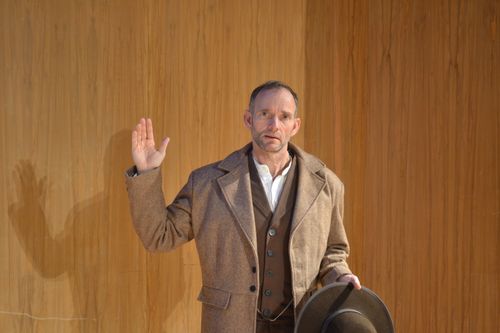 The educational theater program, which began in late 2008, marries the academic side of museum studies and American history with the artistic and performative nature of theater production to get people talking about history. Our theater program recently unveiled two new programs: "Time Trial of John Brown" and "Am I a Pirate?" In the former, visitors serve as jurors in a short hearing for abolitionist John Brown, who advocated violence to combat slavery during the early 1800s and led armed insurrections that would lead to his execution. Jurors have the opportunity to debate the historical legacy of Brown and how he should be remembered. "Am I a Pirate?" discusses piracy and privateering in the Americas from the early 18th century to the early 19th century, and features shanties from maritime history. 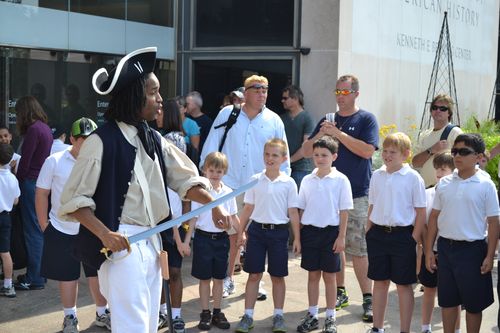 Along with the two new shows, the museum will continue to present "Join the Student Sit-Ins" and "Broad Stripes and Bright Stars." The first, one of our most popular theater programs, transports visitors to 1960 just after four college students began a protest against racial segregation at the Greensboro Lunch Counter.

The program involves audience members by re-creating a sit-in training session based on a written manual from the 1960s and invites them to consider the ordinary Americans who put themselves on the line to change the nation during the Civil Rights Movement. In the second program, Mary Pickersgill, who sewed the flag that inspired the Star-Spangled Banner, discusses life during the War of 1812 and the history behind the flag. 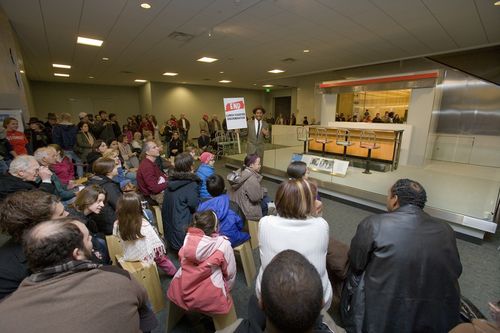 The museum uses theater to create a safe space in which to discuss historical topics that may be difficult to broach otherwise. Interactive theater has the ability to suspend disbelief and transport viewers into a different place and time in American history; we hope the audience encounters history in a dynamic and intimate manner, perhaps even gaining an emotional connection with an historical figure or a time period.

For those of you interested in viewing any of the shows, below is a quick round-up of the different programs and their time, date, and place:

Please check the website for schedule updates and changes.