The history of leprosy

Museums play an important role as gatekeepers to public memory, deciding which events and experiences to preserve so that we may never forget and learn from the past. Considering the enormous effort required to account for human existence in the United States from past to present, choosing which stories and events to publicly display becomes a defining challenge for an institution like the National Museum of American History. For this reason it has been an eye-opening privilege and exciting test to devote my summer work to the often untold story of leprosy in the United States.

Even today, the term “leprosy” commonly inspires biblical references of social outcasts and images of far-off colonies inhabited by disfigured unfortunates, like those depicted in the movie Ben-Hur. Much of the lore surrounding leprosy that stirs such misconceptions still pervades public knowledge in the United States, where the reduced number of people with leprosy as a result of medical advances and government seclusion policies keeps the lived experiences of those who encounter leprosy away from the public sphere. Today, there are an estimated 5,000 people with leprosy in the United States, only a small fraction of the total 15 to 20 million people with leprosy worldwide—the majority of whom are in developing countries such as India, Brazil, Madagascar, and Angola. 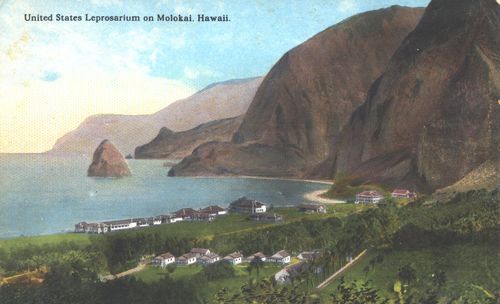 The Moloka'i treatment center in Hawaii

The shift to leprosy’s medical name, Hansen’s Disease, began the shift away from the religious and historical stigma attached to leprosy and its affiliation with the derogatory term “leper.” Scientifically substantiated as bacterial disease, Hansen’s Disease recast leprosy as a medical phenomenon, although the disease and those with it still remain highly stigmatized.

Treatment in the United States has centered around two remote facilities: Moloka’i in Hawaii and Carville in Louisiana. Moloka’i was founded in response to the increasing prevalence of leprosy in Hawaii in the 1860s. Pioneered by Hawaiian King Lot Kamehameha V in 1865, “An act to prevent the spread of leprosy” legalized the rounding-up of people with leprosy and institutionalized them in a medical facility at Moloka’i. Under the leadership of Father Damien and the Catholic Church who helped to maintain Moloka’i, people with leprosy were forced to begin new lives in quarantine. The precedent for confinement, mostly fueled by public fears of the disease’s contagious reputation (which was not medically substantiated until recently), did not end until over a century later in 1969 when patients were finally given the right to transfer to other medical facilities for treatment. Today, medical professionals have discovered that approximately 95% of the world’s population is naturally immune to the leprosy-causing bacilli and is in no danger of contracting the disease. 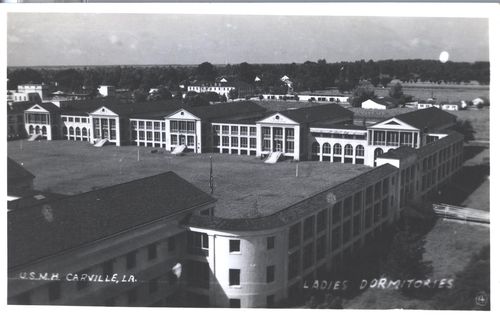 Ladies' dorms at the Carville center in Louisiana

On the United States mainland, the response to leprosy had national implications; in 1921 the federal government purchased the Louisiana Leper Home as a national center for disease containment and isolated care. The instatement of the Federal Marine Hospital #66, a national leprosarium, was unique. The government, under the auspices of the Public Health Service, assumed extensive financial and administrative responsibility to create an institution devoted solely to leprosy’s treatment and containment for the entire continental United States. Only within the last 20 years has Washington returned the Carville center to the State of Louisiana and relocated its research branch—The Gillis W. Long Hansen’s Disease Center—to Baton Rouge, Louisiana.

With relatively few current instances of leprosy in the United States, it can be easy to forget the millions of people who still face the disease everyday across the world. If there is one thing that the history of leprosy treatment in the United States has taught me, it’s that the events and experiences that take place away from earshot, those that we often abstract or forget about, are still realities to others. Museums are powerful tools to remember not only the over-arching medical advances in treatment but also the lived experiences of those who—for better or worse—actually encountered the history we inspect retroactively. Although leprosy’s historical influence has been largely directed by myth and not personal experience, the sheer number of people with the disease in the United States and in the rest of the world marks leprosy as an important collective experience.

To find out more about leprosy and have some commonly asked questions answered, explore the American Leprosy Missions website and see a list of Multi-Drug Therapy Medication Descriptions. 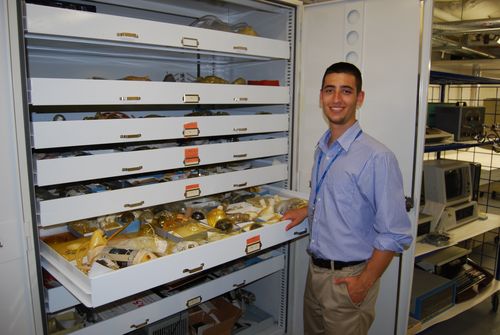 Dan Egol is a junior at Middlebury College in Vermont where he is a political science major. He is a summer intern in the Division of Medicine and Science.