A gathering of Peace Corps volunteers, past and present

Current and former Peace Corps volunteers gathered in Washington, D.C.during the weekend of September 24-25, 2011, to commemorate the agency’s 50th anniversary. Earlier in the week, the Peace Corps formally donated a collection of historical documents and memorabilia to the museum, a sampling of which were displayed at the museum during a special objects out of storage event. 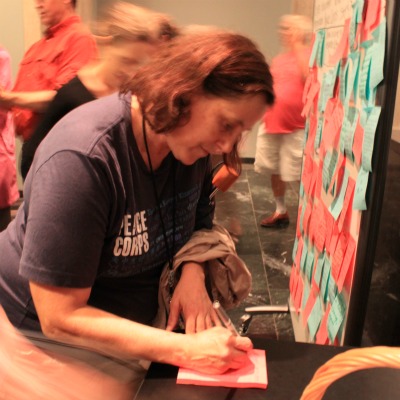 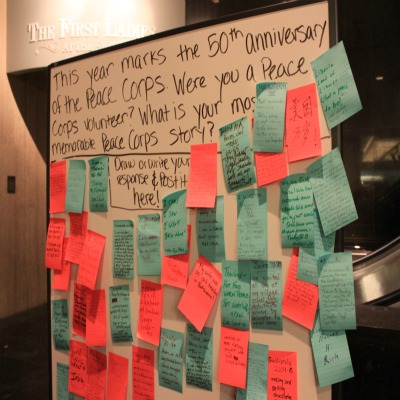 Many volunteers had fascinating stories as to how the program had shaped the course of their lives, and expressed excitement that the museum is collecting this history. Reflecting on the legacy of the program, Arnee Blaver spoke of returning thirty years later to the school in Thailand where she taught from 1973 to 1975. She described her visit as an “awesome experience,” and seeing many of her former pupils teaching at the school left her with a sense of pride. Another former Peace Corps teacher, who volunteered in Tanganyika, recognized a training guide on the table as one which she had used at the time which she has preserved as a memento.

The Peace Corps gathered this collection by reaching out to its membership for objects representing the experiences of volunteers stationed around the world. Donated items included a training manual from Tanganyika (Tanzania), a congratulatory letter from President John F. Kennedy, buttons and general memorabilia from the first cohort of volunteers. Smithsonian curators and Peace Corps volunteers were on hand during the objects out of storage event to explain the significance of the items and to answer questions. The items were displayed informally on two tables with no cases, creating a more intimate experience. The artifacts went on display for one afternoon only, and within minutes of setting up, a long line had formed. 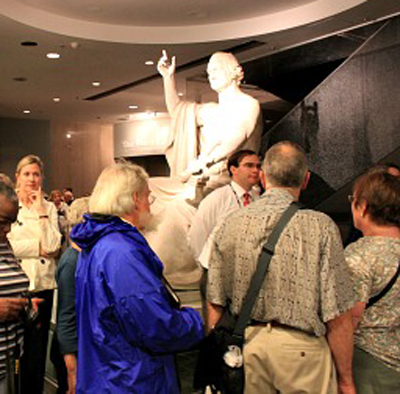 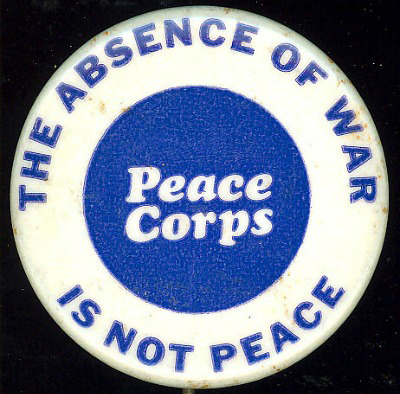 The display was not just about showing the physical artifacts, but also about collecting the personal experiences and memories of former volunteers on a bulletin board. One volunteer from the 1976 to 1978 cohort reflected on how the opportunity to teach at a community development centre in Liberia “allowed [her] to see the U.S. from another pair of eyes, both positive and negative.” Another volunteer from 1988 to 1990 reflected that the experience of helping as a small business advisor left him with a “lifelong commitment to doing what you can to help people.”

On the occasion of the 50th anniversary, we want to know: what role do you think the Peace Corps should play today? Tell us on our TalkBack website.