Editor's Note: Today's post is the second in a series about legendary sound engineer Rudy Van Gelder and his impact on jazz. See part 1.

The Beginnings of a Master
Van Gelder caught the recording bug at an early age. At seven he was already in the experimenting with sound using his first piece of equipment, a $2.98 “Home Recorder,” to capture his friends’ voices, family’s poetry, and neighbors’ music. In 1931 that equipment was cutting edge. The home recording device used a tone arm and needle to press grooves into a blank plastic record. The sounds recorded on these blank disks could be played back and listened to using the same turntable on which they were recorded. However, Van Gelder quickly grew tired of the deficiencies of the recording equipment available, and ordered parts from radio equipment manufacturers to make his own recording gear. 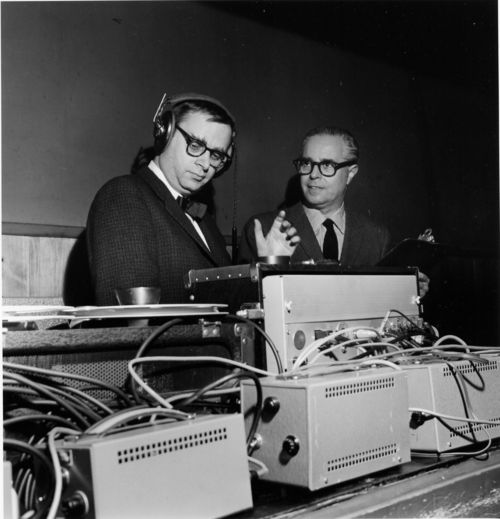 Van Gelder enrolled in the Pennsylvania College of Optometry in 1938. When he graduated in 1942 Van Gelder opened his own practice, and proceeded to forge a career path that did not previously exist: “record engineer”. (Did he use his optometry practice to fund his real passion of sound recording? I am sure that the equipment was expensive)

He built a recording studio in his parents’ living room that would come to be known as the legendary “Hackensack Studio”. The studio was complete with central air conditioning, a separate control room, microphones galore, and inimitable “nooks and crannies” in which to record to achieve special sound effects. Van Gelder ran his optometry practice while recording at a feverish pace with artists such as Zoot Sims, Bill Triglia, Sonny Igoe, Phil Urso, Lennie Tristano, and Howie Mann. The studio became popular among New York area musicians due to Van Gelder’s skill, and recording rates. But the true allure of the studio was its atmosphere. 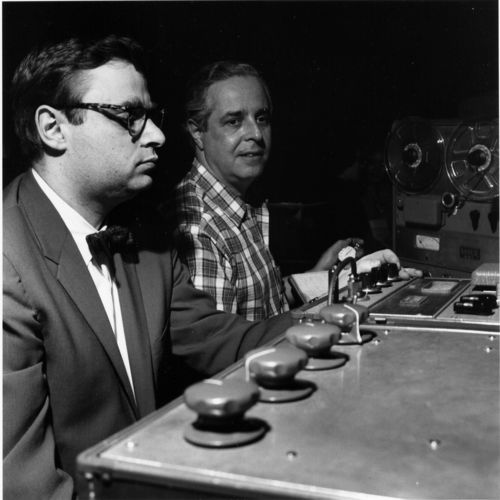 Recording in a living room was miles away from recording in one of the few major studios at the time. Pianist Bill Taylor said in an interview with Current Musicology that Rudy “was the first engineer that I worked with who was that sensitive, and really just took time and cared about mike placement and all that sort of stuff.” Van Gelder’s technical innovations are inextricably linked to his love for jazz. Musicians appreciated this duality, and so did record producers.

The Blue Note Connection
In 1952 Van Gelder was introduced to Blue Note Records producer Alfred Lion. Lion was interested in Van Gelder’s signature sound produced in the Hackensack studio. Just one year later Van Gelder engineered his first album for Blue Note records, and began a fruitful relationship with Lion. While Van Gelder possessed the technical skills to record a band, Lion possessed the foresight to identify a desirable sound of the record, and draw that sound from Rudy. Together the two formed what is colloquially referred to as the “Blue Note Sound," a sound unique to Blue Note Records. However, Van Gelder did not exclude other labels and worked engineering for Prestige, CTI, Savoy and Vox Records.

Englewood Cliffs and Beyond
In the midst of his successful recording career in the late 1950’s, Van Gelder built his masterpiece: his own private studio in Englewood Cliffs, New Jersey. This studio is home to legendary jazz albums such as John Coltrane’s “A Love Supreme”, McCoy Tyner’s “Speak No Evil” and Herbie Hancock’s “Maiden Voyage”. While Van Gelder is currently not recording as actively as he was in the 1960’s, he still has a profound effect on jazz.

In 2009 Van Gelder received an A.B Spellman NEA Jazz Masters Award for Jazz Advocacy. The Smithsonian’s Jazz Oral History Program will be interviewing him in the coming months to take an extraordinarily in-depth account of Rudy’s career, legacy, and future.

Van Gelder is currently re-mastering analog Blue Note recordings to restore them to their original state. This line of re-released recordings is known as the RVG series. Van Gelder is working to restore the original recordings’ mood, track listings, and warmth. He recently engineered trumpet prodigy Christian Scott’s record “Yesterday You Said Tomorrow," recorded at the Englewood Cliff studio.

The candor of Scott’s trumpet is as true as Davis’s in the mid-1950s. One has to wonder if we would hear Scott the same way had it not been for that modified U47 microphone, an optometrist, and a living room in Hackensack, New Jersey.

Kyle Kelly-Yahner is a senior at the University of Vermont and Jazz Oral History Program Intern with the Smithsonian Museum of American History.