In the year since the beginning of the Military History Collections Inventory project, other  members of the team and I have seen just about every type of military uniform we could conceive of. We have learned to identify branch, rank, even time period of different uniform pieces with relative ease, which is why we were surprised to come across a uniform unlike any we had seen before. It was a blue smock top paired with a white blouse and blue skirt, and it turned out to be a United States Air Force officer’s maternity dress uniform. 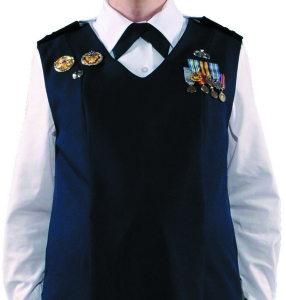 USAF Officer’s Mess Dress similar to the one in our collection. Air Force Instruction 36-2903: Dress and Personal Appearance of Air Force Personnel.

Of over 6,000 military uniforms in our collections, there are only three maternity versions. The one mentioned above is the Air Force officer’s uniform, belonging to medical officer Captain Carol Rupe in the 1980s; two others belonged to Navy Petty Officer Second Class Geraldine Beecy, who also served in the 1980s. Beecy’s uniforms include a working uniform consisting of dungaree pants and a chambray shirt, and a service dress uniform of a blue coat, slacks, and a white blouse. These uniforms enable us to talk about an issue that the military finally confronted in the 1970s: how a once entirely male force addressed the integration of women—and their unique circumstances, such as pregnancy—into their ranks. 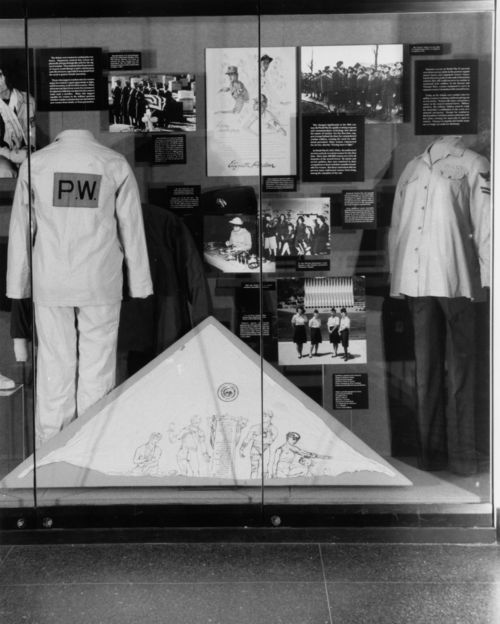 While pregnant servicewomen had been a reality since the integration of women into the armed forces in 1948, recognition of the special accommodations that needed to be provided for those women—and the potential impact on both military readiness and military families—did not become prominent until the late 1970s. Until then women were automatically discharged from the military when they became pregnant. These uniforms illustrate how the military recognized that, in order to keep women interested in the now all-volunteer armed forces, it needed to accept the possibility of pregnancy, and, ultimately, to change its policy. Beginning in the 1970s, women’s pregnancies were addressed according to the discretion of their commanding officers. Standard practice at the time was to leave the women in their existing positions for as long as possible, and then transfer them to light duty or sick leave. However, practice often ranged from one extreme (Army women making forced marches carrying all of their usual heavy equipment) to the other (Rear Admiral James Hogg recommending that a woman in the Navy be “transferred before she becomes a burden to her shipmates”).

The Pentagon addressed one major issue between 1978 and 1980, which was the complaint that pregnant women undermined morale by coming to work in their civilian clothing when they outgrew their uniforms, which led to the introduction of maternity uniforms such as the ones on display in our collection today. In fact, the two women who donated their uniforms were among the first generation of women to have the option of a military maternity uniform. Those three uniforms raise questions about how the military addressed pregnancy in the past and how it is handled today. Even in these times of increased military awareness, with so many of our service members deployed or called to active duty, the complications of being both pregnant and in the military aren’t readily visible to civilians. 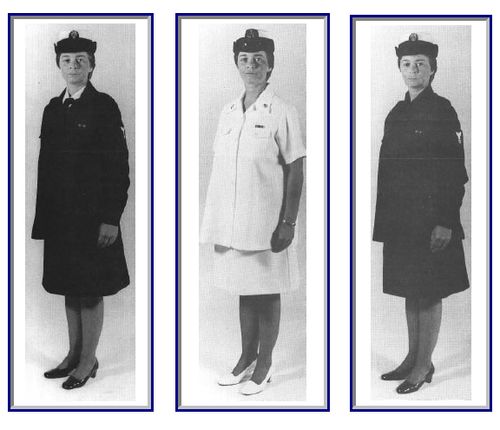 The reality is that the military is still grappling with the best way to integrate pregnant women into their ranks. At the moment, pregnant servicewomen are subject to duty restrictions based on their branch of service, their health, and the recommendations of their physicians. Women are given six weeks of maternity leave after the birth of their child, and are barred from receiving transfers or deployment orders, depending on their branch of service(four months in the Army and Air Force, six months in the Marine Corps, and twelve months in the Navy), unless the servicewoman waives those rights. This can make planning incredibly difficult for many military families, especially during a time of war when deployments are to be expected, and could happen when sons or daughters are as young as four months old. Recently, there have been calls for reforms to the military’s policy regarding pregnancy and maternity leave that would allow both active duty mothers and fathers more time with their newborns).

The three military maternity uniforms in our collections offer a catalyst for discussions of women in the service, in the evolution of uniforms, and for the question of what effect pregnancy has on military readiness. With just a few objects representing a small sliver of the collection, we can illustrate several decades worth of women’s and military history, and promote discussion of the future role of women in uniform. Thankfully, one of the roles of the museum is to preserve and present these aspects of history that may not be glamorous or well known, and one of the many ways in which we have done so is by accepting custodianship of three military maternity uniforms.

Bethanee Bemis is a museum specialist working with the Armed Forces History Collections renovation and inventory project at the National Museum of American History.