September brings the start of another school year, and for most major American universities, that means another season of college football. Since the first intercollegiate game in 1869, the sport has been an ever-increasing source of revenue for American schools, and despite scandal and controversy, remains one of the nation’s most passionate and popular sporting traditions. In commemoration of this year’s kickoff, let’s examine one of the oldest football-related artifacts in the museum’s collections. 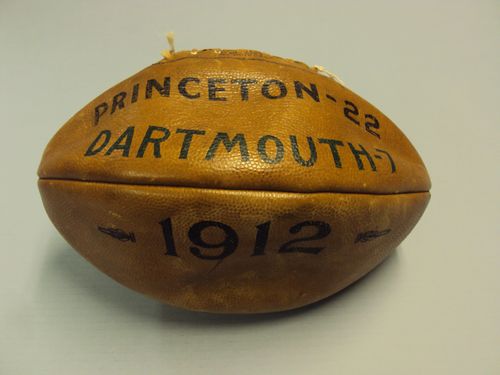 This football was awarded to Princeton captain Talbot Taylor “T. T.” Pendleton after he led the Tigers to a 22-7 victory over Dartmouth on October 26, 1912. According to the New York Times, the game was poorly played, with the result more attributable to “bad playing” by Dartmouth, “rather than the decided superiority of the Tigers.” Despite the lackluster effort, fans in attendance, including former Princeton head and presidential candidate Woodrow Wilson, remained in good spirits as their team retained its perfect record with the win. The Tigers’ poor play would have a less cheerful result the following week, as in a battle of unbeatens Harvard would intercept two of the team’s passes in its 16-6 loss.

The 1912 season was one of adjustment for Princeton, as well as for anyone associated with the sport. A number of rule changes were enacted to increase scoring. The field of play was shortened from 110 yards to the now familiar 100. Six points were awarded for a touchdown, up from five, and teams were now given four downs to reach the ten yard mark. 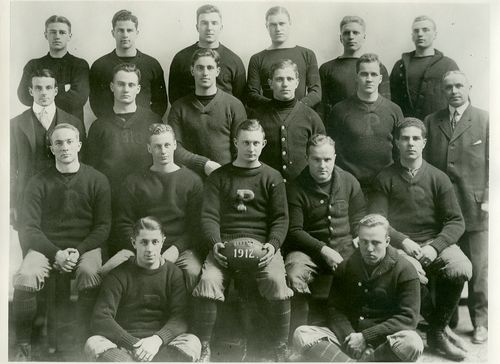 The rule changes were brought about by the National Collegiate Athletic Association, a body first brought into existence in 1906. Colleges united to develop rules that would make the sport safer and more compelling. The adaptations of 1912 were so successful that they still provide the basic rules of play, and the season is considered to be the first of football’s modern era.

Unlike our current age of specialization, in 1912 almost all players played multiple positions and were expected to participate on both offense and defense. Pendleton spent time at quarterback, halfback, end, and even place kicker, sometimes in the course of one game. Known for his amazing speed, the athlete was named All-American in 1910. The following year, he and his teammates ran the table en route to a national championship. While 1912 proved to be a less successful campaign for the Tigers, they still finished at a more than respectable 7-1-1.

Despite not acquiring the second national title, Pendleton certainly had a successful year, elected both captain of the “Princeton Eleven” and president of his class. He was also one of the premier players for the University’s baseball club.

The museum is thankful for the 1979 donation of articles from T. T. Pendleton’s collegiate career, given by members of his family.

Eric W. Jentsch is Deputy Chair, Division of Culture & the Arts with the Smithsonian Museum of American History. He has also blogged about athletes who have scored the Medal of Freedom. 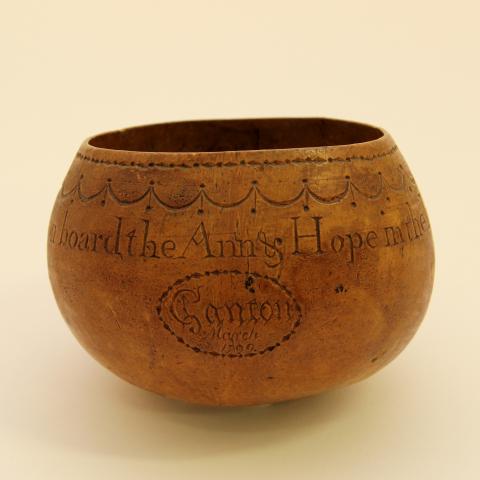