In the spring of 1998, I joined the National Museum of American History as a curator of Armed Forces History. Shortly after I arrived, my new colleague, Margaret Vining, showed me a collection of uniforms that radically reshaped my ideas about military history in general and World War I in particular. The hundred or so uniforms in the extraordinary and unique Colonial Dames Collection of World War I Women’s Uniforms represented the participation of tens of thousands of American women in what was then called the Great War. 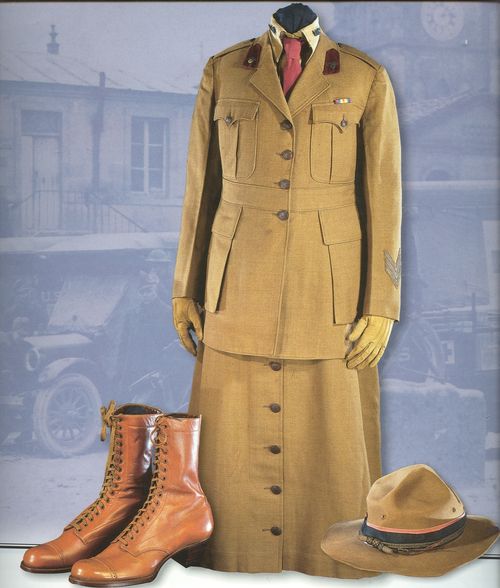 The Colonial Dames Collection includes this uniform worn by an army contract surgeon. Women doctors were not allowed to join the Army Medical Corps. The army did issue contracts to a small number of female physicians, who remained civilians even though they worked in uniform.

I was astonished. Although I’d been studying, teaching, and writing about American military history for forty years, and had also taught university courses in women’s history, I never realized how many thousands of American women had volunteered in World War I. The real surprise was that most of the uniforms were not military. They belonged to civilian relief and welfare organizations, like the Salvation Army, not to the armed forces. 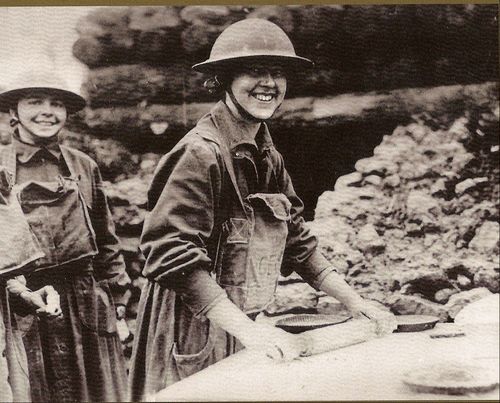 This 1918 photo from the National Archives shows a cheerful American Salvation Army “lassy” rolling pie crusts for men of the 26th Division in France. The Salvation Army uniform in the Colonial Dames Collection is not complemented by helmet and gas mask canister.

Women had served in earlier wars, of course, but rarely in uniform. Questions tumbled through my mind. What made the war of 1914–1918 different from earlier wars? Why were so many women eager to serve in uniform? How did women’s uniformed service in the war relate to their work in other early 20th century movements like Progressivism, Suffrage, Temperance, or the Social Gospel? These questions and others marked the beginning my long-term research project in collaboration with Margaret. But where did this remarkable collection come from?

As I soon learned, Margaret herself had been instrumental in adding the collection to our museum’s holdings. But first some background. In 1919 the Colonial Dames, proud of what their members had done in the war and certain that women’s wartime contributions were historically significant, began to assemble uniforms worn by its members and others, which they insisted, successfully, belonged in the grand exhibit of First World War artifacts at the United States National Museum. The women’s uniforms remained on display until 1929. 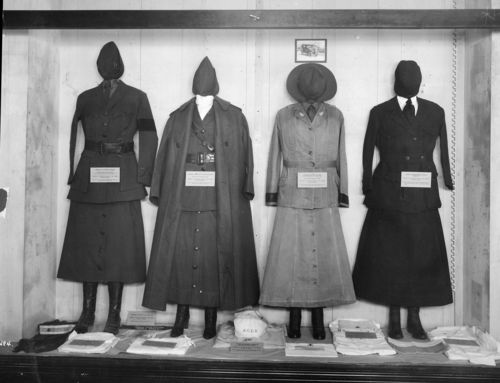 The uniforms stayed with the Smithsonian, “on deposit,” which meant that they still belonged to the Colonial Dames but were available for museum use, though with serious restrictions. Eventually the deposited collection moved to the new Museum of History and Technology, which opened in 1964. Three decades later, Margaret persuaded the Society to donate the entire collection to the renamed National Museum of American History, where it now resides in the Division of Armed Forces History. For the whole story, check out the article by Margaret Vining and Barton C. Hacker, “Uniforms Make the Woman,” which was published in the 2005 edited volume Materializing the Military.

Bart Hacker is a Senior Curator of Armed Forces History at the National Museum of American History.

Posted in From the Collections, Women's History, World War I