Music and the American experience

This post is part two of a series. Read part one.

In addition to examples of nearly every kind of American and European instrument, the museum is home to several objects which were owned by famous musicians, such as Dizzy Gillespie’s trumpet. The collections of sheet music and recordings at the museum cover a wide range of history, including everything from American popular songs in the Division of Culture and the Arts, health and doctors in the Division of Medicine and Science, and to military history in the Division of Armed Forces History. 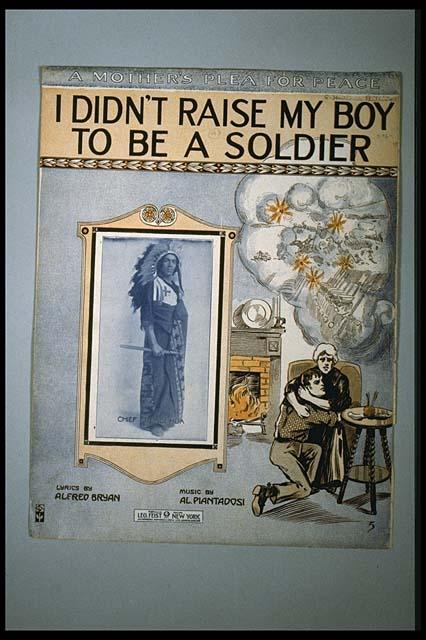 The Division of Political History also has a collection of political campaign songbooks and sheet music, including a 1789 copy of the “First President’s March” for George Washington. I saw prints and photographs of various Americans playing their instruments, some of them portraits of famous musicians from the Graphic Arts and Photography Collections, as well as a unique panorama of a Montana smelter workers’ union band at a Labor Day celebration in 1880 from the Division of Political History. 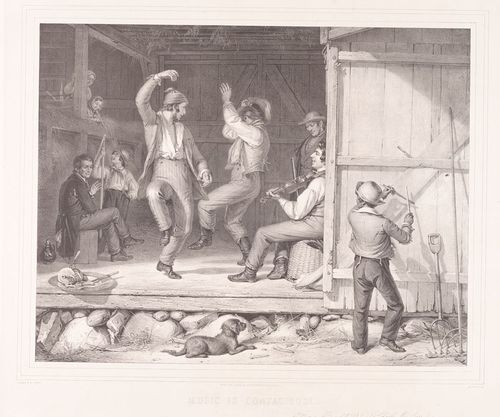 A 1849 print that depicts men dancing in a barn to a fiddler’s tune.

A Montana smelter workers’ union band at a Labor Day celebration in 1880.

The Popular Culture collection within the Division of Culture and the Arts contains window cards and programs related to Broadway musicals and performances by famous musicians, as well as clothing and costumes worn by these stars and other items that they owned. Similarly, the Division of Armed Forces History contains uniforms of army musicians, and the Disability Collection even contains a band uniform from the Michigan School for the Blind. Invitations and programs for musical events at the White House or inaugural ceremonies can be found in the Division of Political History.

Even more surprising, I found that the museum’s science and technology collections include many objects relevant to music and sound. There are type, plates, and proofs related to music engraving and printing from the Printing History Collection. Mechanical and electric phonographs, radios, televisions, recording devices, and experimental records, some used by such famous inventors as Thomas Edison, Emile Berliner, and Alexander Graham Bell, can be found in the Division of Work and Industry. The Division of Medicine and Science also holds some interesting music and sound-related objects, including tuning forks, goblets that formed a glass harmonica and anatomical models from the Cornell University Department of Psychology, which were used in experimental psychology studies on how physical and physiological acoustics connect to musical aesthetics.

Similar tuning forks, resonators, and whistles can be found in the Acoustics Collection. However, these were not used for experimental psychology studies, but are rather considered philosophical instruments and were used to demonstrate specific scientific or acoustical principles.

One of the major highlights of the Acoustics Collections is the one-of-a-kind Grand Tonometer made by Rudolf Koenig, a famous nineteenth-century acoustician. Holding 660 tuning forks in a stepped rack, this instrument was originally made to be a perfect frequency standard that could be used to test the number of vibrations producing any given note. More recently, it was used in 2010 by a Smithsonian Artist Research Fellow at the Hirshhorn Museum and Sculpture Garden, who recorded samples of each tuning fork to use as source material in the creation of new musical works. 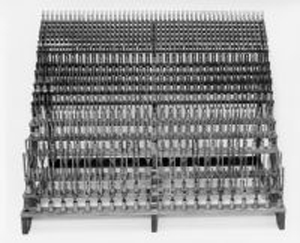 Music and music-related objects are everywhere in the museum, highlighting the role that music plays in nearly every aspect of American life. Whether the topic is politics and reform movements, the armed forces, homes and communities, scientific advancement, or work and industry, music is never far behind. It is a touchstone that connects various academic disciplines and provides an interesting lens through which to look at the amazing variety of objects contained at the museum.