Frank Kameny, who died yesterday, was one of those Americans whom few people have heard of but who spent his time on the planet making the kind of good trouble that benefitted all of us. Kameny devoted his life to furthering civil rights, most especially for LGBTQ (lesbian, gay, bisexual, transgender and queer) people. 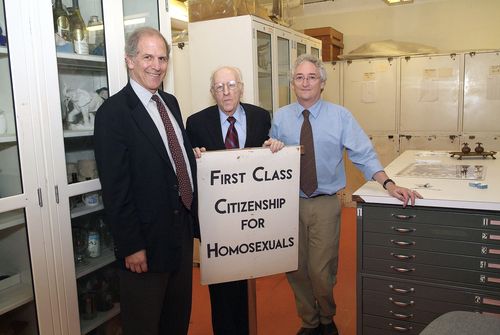 While he received recognition from many individuals and groups for his work, we in the museum hold a special place for those who not only make history but also preserve it along the way. The museum had the good fortune of being the recipient of some of his protest material. Kameny donated objects a few years ago and one poster is currently on display in the exhibition, The American Presidency: A Glorious Burden. His papers are at the Library of Congress, where some are also on display.

Kameny either instigated or participated in many of the important gay rights actions of the twentieth century. Organizing men to understand being gay as an identity—not as a sickness—Kameny started the Washington, D.C., chapter of the Mattachine Society in 1961. Calling out the federal government for discrimination, Kameny, Barbara Gittings, and a handful of others picketed the White House in 1965. Ending the American Psychiatric Association's stigmatization of homosexuality—Kameny and company forced that change, too.

Thanks, Frank. We have your history and it is part of everyone’s. 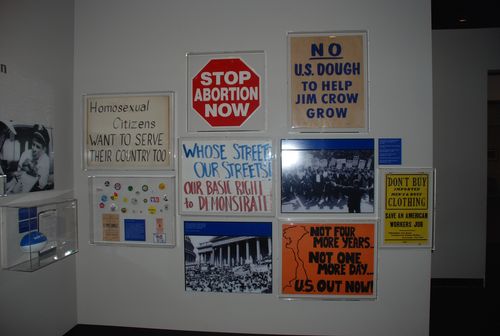 Caption: Protest signs on display in “The American Presidency: A Glorious Burden”

Editor’s Note: As the nation’s museum of American history, our mission is to include all Americans’ stories, our struggles, our accomplishments, our hopes, and our dreams. In addition to Kameny’s artifacts, the museum stewards important evidence of the struggle for civil rights in the United States, including the parlor table on which Elizabeth Cady Stanton drafted the Declaration of Sentiments at Seneca Falls in 1848, launching the women’s rights movement, and a portion of the Woolworth lunch counter from Greensboro, North Carolina, where four brave students in 1960 challenged racial segregation and began a sit in movement for equality.