Yesterday, Steve Jobs, the co-founder of Apple, passed away at age 56 after a seven year battle with pancreatic cancer. This collection of thoughts from the staff of the Lemelson Center for the Study of Invention and Innovation reflects on Jobs as we knew him best—an innovator who captured our imaginations and changed the world we live in.

Bringing Out the Joy in Invention 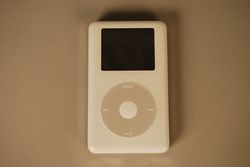 Last night I was sitting in a taxi when I heard about the tragic early death of Steve Jobs. I will likely never forget when and where I got the news. In one’s lifetime, there are precious few public figures whose death announcements instantly and indelibly imprint our psyches, personally and collectively. In the modern era, John F. Kennedy, Martin Luther King, and Princess Diana fall into that category. Much as we feel with family members, we took their deaths personally. So, what was it about Jobs? He was a technological and marketing genius, for sure, but, prodigious as they were, these talents alone do not account for the visceral popular reaction to his death.

Rather, I suspect it was because he represented hope. For people around the world, he put a human face on technology, at a time when it can seem indifferent or even threatening. For Americans in particular, Jobs reignited a national romance with invention—he gave us devices we could love—while reviving hope in the nation’s technological and economic future. With his incredible design sense, he linked technology with creativity in its broadest human dimensions. He brought out the joy in invention. And this was true for people of all ages and whatever technical aptitude. True, we became addicted to his products—those signature white ear-buds became the universal sign of our dependency—but, if there can be such a thing, it was a benign addiction.

Only 56 at his death, Jobs was on a roll and Apple was entering the stratosphere. Who knows what kinds of inventions were to emerge from his passionate and fertile mind? That’s what I will really miss. Ironically, while Jobs came to personally symbolize the iPhone and iPad, he was deeply embedded in the corporate enterprise. In this way, he resembled Edison, the “Wizard of Menlo Park,” who is also credited with the invention of the industrial research lab. What Jobs, like Edison, managed to do was to endow technology and a company with his personal magic. That’s why my taxi ride will be one to remember.

Art Molella is the Director of the Lemelson Center. 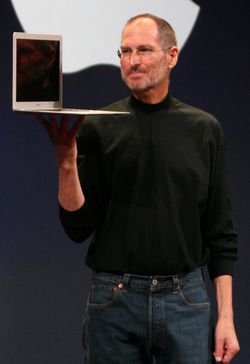 With the passing of Apple’s Steve Jobs, we’ve lost a brilliant and prolific innovator. But beyond his genius for developing cool technologies, Jobs was also a hall-of-fame showman, with an uncanny knack for generating publicity and “buzz” about Apple’s latest innovations. As the master of the new product demonstration, Jobs followed the blueprint of an earlier inventor-showman, Thomas Edison.

In December 1877, Edison and his associates famously walked into the New York offices of Scientific American, then and now a key journal for scientists and inventors. Without saying a word, Edison turned the crank on a strange contraption, which suddenly spoke in Edison’s tinny, pre-recorded voice: “Good morning! What do you think of the phonograph?”

Like Edison, Jobs’s product demonstrations were highly choreographed and somewhat gimmicky, but they always captured the imagination. In fact, during his first important demo, Jobs borrowed directly from Edison’s playbook. In 1984, Jobs unveiled the revolutionary Apple Macintosh personal computer, and like Edison’s phonograph, the Mac spoke for itself (and tweaked the competition): “Hello, I’m Macintosh…I’d like to share with you a maxim that I thought of the first time I met an IBM mainframe:NEVER TRUST A COMPUTER YOU CAN’T LIFT!” In 2005, Jobs stood on stage at the MacWorld convention and drew the audience’s attention to the little change pocket in his trademark dark blue jeans. He then pulled out the world’s smallest mp3 player, the new iPod Nano, from that tiny pocket. Later, in 2008, Jobs emphasized the thinness of the MacBook Air laptop by pulling it from a standard manila envelope.

Jobs, like Edison, knew that it wasn’t good enough to have a technically superior product—great innovators also had to sell that product by creating a sense of wonder among consumers. Over the last three decades, no one was better at this than Steve Jobs.

Eric Hintz is a historian with the Lemelson Center. 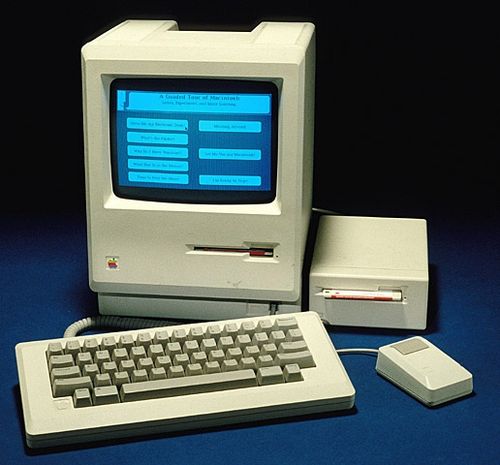 When I heard the news about Steve Jobs, I felt as if I had lost a friend, though I had never met the man. Apple has been part of my life for nearly 25 years and I’ve developed a fierce loyalty to the vision of the “two Steves,” Jobs and Wozniak, and to the promise of the legendary 1984 commercial that introduced the Macintosh.

So for me, Steve Jobs’s legacy comprises three critical elements. First, the machines were designed from the outset for people who wanted a tool that they could use without a degree in computer engineering. Eliminating the command line syntax (c:/) and adopting the graphical user interface (GUI) freed users to be creative, letting ideas, not code, dominate. Second, the technology works. As an inventor and innovator, and as many have mentioned, a micromanager, Steve Jobs made sure that Apple products were rock solid (my SE/30 from 1990 still runs). And finally, Steve Jobs knew good design. The elegant, minimalist, and ergonomic look-and-feel of Apple products was often what first attracted new users.

The world will remember Steve Jobs as Apple’s charismatic leader, innovator, showman, savvy businessman, and risk taker. And I’ll continue to think of him as an inspiring friend who I never met. 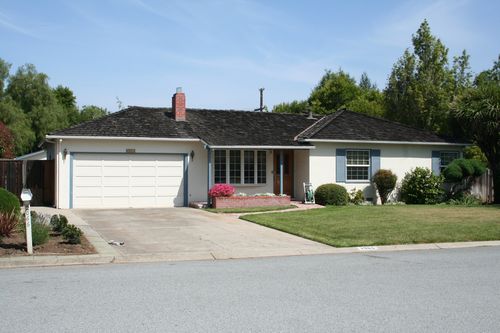 The “Apple garage.” From user Kyro at Wikicommons.

An Iconic Place of Invention

Few places are as iconic in the lore of modern invention as the “Apple garage.” This humble attachment to Steve Jobs’ parents’ ranch-style home in Los Altos, California, is where he famously teamed up with Steve Wozniak to develop and sell the Apple personal computer. They formed the Apple Computer company here on April Fools’ Day (clearly they had a sense of humor) in 1976.

I believe the enduring fame of this place of invention—a pilgrimage site for computer history buffs—is based on its ordinariness. A lab or factory may seem alien, but most of us know the look, smell, and feel of a garage. To think that our individual personal computers have their roots in such a simple suburban location is somehow endearing. No matter how rich and famous Jobs became, he seemed accessible in part because of the garage story and how it has inspired generations of budding innovators. 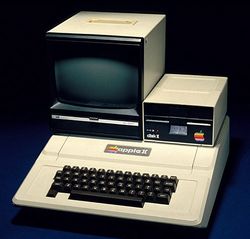 A critical part of the Lemelson Center’s mission is to empower and energize young people to think creatively and be innovative. This is a difficult and daunting task. We need inventors with “rock star” cachet who capture the imagination of young people. Or, as Jerry Lemelson, the Center’s founder, asked: Why shouldn’t kids view inventors and innovators in the same light as celebrities, athletes, and other famous people? Mr. Lemelson was hopeful that appreciation and respect for the work of those who improved society through invention and innovation would inspire others to do the same.

I wasn’t particularly shocked by the news of Steve Jobs’ passing, but was unexpectedly stricken with a sense of loss. Images and thoughts quickly passed through my mind—Silicon Valley, Apple computers, the Macintosh, Pixar Studios, iPods, iTunes, iPhones, and iPads and how much Jobs had contributed to the modern world in which we live. Selfish as it was, I was saddened that his passing at an early age would deprive the world of many more innovations and creations that were yet to come.

Renowned for his smooth and beguiling presentations, product launches that resembled mass celebrations, and dressed in stylish black ensembles, Jobs must be regarded as an innovation “rock star.” As Patricia Sullivan observed in today’s Washington Post, “Mr. Jobs was the first crossover technology star, turning Silicon Valley renown into Main Street recognition and paving the way for the rise of the nerds . . .”

Confirmation of Jobs’ status as a pop icon was provided this morning by my daughter—a fair arbiter of what is “cool and hip” in the world of 13 year-old middle school youth. She approached me and asked if I knew that Steve Jobs had died. Surprised by the question, I told her that I heard the previous night. She said “Oh, that’s really sad. He made a lot of great things. He was cool.” My daughter may not have a firm grasp of who grows the food she eats, or who makes the clothes she wears, but she is acutely aware of who created the technology devices she uses and holds him in high regard.

The White House released a statement from President Obama this morning that said, in part: “Steve was among the greatest American innovators—brave enough to think differently, bold enough to believe he could change the world, and talented enough to do it.” In his unique way, Jobs also made it “cool” for new generations to aspire to do the same.

Jeffrey Brodie is the Deputy Director of the Lemelson Center.