From the Victory Garden: American history told through squash

As a natively grown vegetable cultivated by the Wampanoag Indians, squash holds a special place in American history. Today, squash are most commonly known as those green or yellow vegetables vaguely resembling cucumbers, or the uniquely shaped gourds that pop up around Halloween. But there are dozens of squash varieties, ranging in shape, size, and color. 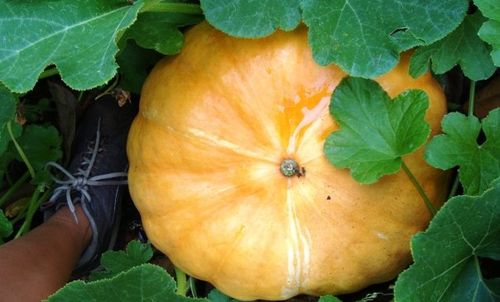 The Victory Garden is growing five varieties of heirloom squash (cultivated prior to 1950), all of which have a different story to tell about American history.

In North America, squash are loosely grouped into summer or winter varieties, depending on when they are harvested. Both are summer crops but summer squash are harvested immature, when their rinds are still tender and edible, whereas winter squash are allowed to mature into the fall, resulting in fruits with fully developed seeds and tough rinds. 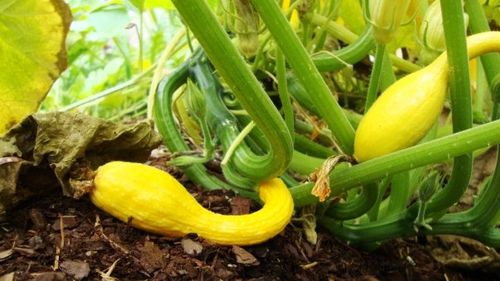 Squash have a long relationship with human civilization, with seeds dating back 12,000 years ago found in Ecuadorian caves. In the Americas, squash was one of three primary crops, the other two being maize and beans. Known as the "Three Sisters" by the Iroquois, these crops worked symbiotically. The corn provided a growing structure for the climbing beans and the bean vines better rooted the corn to ground so the stalks were not as easily blown over or washed out. The beans fixed nitrogen in the soil to fertilize the corn and squash, especially since corn uses a lot of nitrates out of the soil. The squash vines acted as living mulch to shade out weed plants and retain moisture in the soil, while the prickly stems deterred pests from "helping" with the harvest. When the three crops were eaten together, they provided a nutritional balance of carbohydrates, protein, healthy fats, and vitamins.

Winter squash were an especially important crop for the Wampanoag Indians in New England because they could be stored through the winter. The word squash comes from a Coastal Algonquin language. 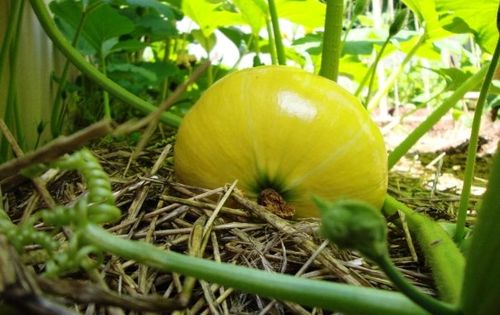 Two of the squash varieties growing in the Victory Garden are described below:

"White Scallop" Summer Squash
The White Scallop squash is a Native American heirloom, grown by American Indians in the Northeast for hundreds of years. Around 1700 it was introduced to Europe where it gained popularity. Also known as the Pattypan squash, it is known for its small, round, shallow shape with scalloped edges. It comes in white, green, and yellow varieties, and tends to be harvested when it is no more than three inches in diameter. It is very tender, and often served with its flesh scooped out, mixed with flavorings, and reinserted prior to being served. White Scallop squash can also be sliced, breaded and fried, or pickled as is done in Polish cuisine.

"Long Island Cheese" Winter Squash
Believed to be one of the oldest domesticated squash varieties selected for food, this squash was especially famous in the 1800s through the first half of the 20th century for making pumpkin pies. Named because it resembles a flattened cheese wheel, it looks similar to a pale pumpkin. Its flesh is smooth and sweet, and lacks the stringiness found in many squashes, making it excellent for baking. Known today as a Long Island, NY heirloom, those who lived in the area in the 1940s and 1950s remember buying these beautiful pumpkins at farm stands in the fall. By the late 1960s, however, the variety started to disappear from seed catalogues, inspiring some to save the seeds and keep this squash around. Today, many Long Island farm stands once again showcase this heirloom.

Sarah Dickert is a Smithsonian Gardens Intern with the National Museum of American History. 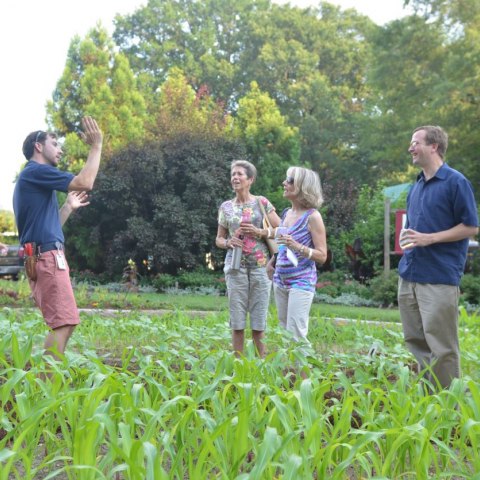 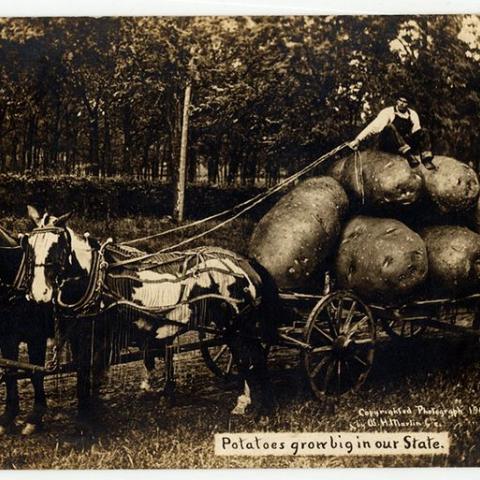