The anatomy of a discovery: Q&A with HIV researcher Dr. Jay Levy

It’s been 30 years since the first cases of HIV and AIDS were reported and, since then, the disease has created a global health crisis. Over time, complications from AIDS have directly killed 30 million people and profoundly affected society and culture on a worldwide scale. According to the UNAIDS program, over 5.2 million people are receiving treatment for HIV, and an estimated 10 million more are in need of it. 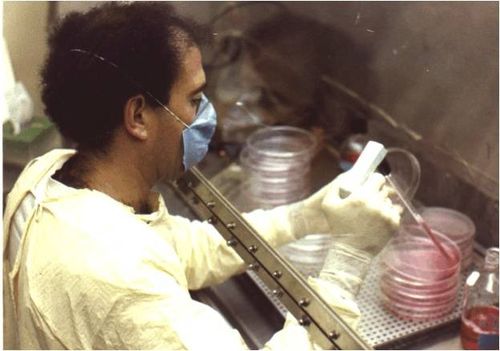 While there is still much work to be done, there have also been significant advances in understanding and treating the disease. To commemorate World AIDS Day, we focus on the work of one of the participants in a key breakthrough in HIV and AIDS research, Jay Levy, MD. Dr. Levy is a physician, professor, and cancer researcher in the School of Medicine at the University of California, San Francisco, and has been on the forefront of the fight against HIV and AIDS. Most notably, Dr. Levy’s lab was one of the first groups to isolate the virus. 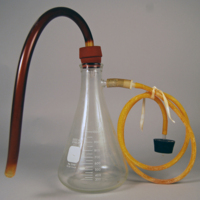 Equipment used by Dr. Levy to collect cell cultures and tally cells as part of his HIV research.

Katherine Ott, curator in the museum’s Division of Medicine and Science, conducted a Q&A with Dr. Levy, in which he provided insight into the sometimes emotional process of researching the disease:

Q: “What vivid memories do you have of the early 1980s and your work in HIV science?"

A: “The most vivid memories of the early 1980s are of the young men who were so sick with no real hope of surviving. Our first patient was Dan Turner whose sarcoma lesions we cultured in the laboratory. Dan became a regular visitor to the lab and like so many we’ve been following for over 30 years became a “member” of the lab. He would share insights into the spirit and activities of the gay community in San Francisco and together we would discuss ways that we hoped would influence progress towards therapy and preventing transmission.”

Read the full interview on our "HIV and AIDS 30 Years Ago" website, or learn more about Dr. Levy’s continued work with HIV and AIDS, and how research could eventually lead to a cure.

George Knowles is an intern with the New Media Office at the National Museum of American History.