While volunteering with the Smithsonian’s sports collection for the past three months, I ran across a jacket patch worn by the manager of the World Champion 1942 Kansas City Monarchs, John “Buck” O’Neil. I researched a little more into the ’42 Monarchs and found out that not only was it a team in the Negro leagues, but O’Neil served as both manger and player in 1942, a rare combination for any sports team. 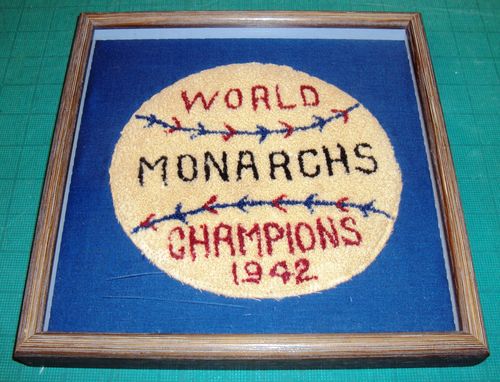 However, the 1942 Negro World Series was rare in and of itself: two of the greatest black baseball players ever squared off against each other that year, putting it all on the line for the chance to be crowned champion.

Up until Jackie Robinson’s break into the major leagues in 1947, black baseball players competed in what were known as the Negro baseball leagues. These leagues existed due to the segregation in the United States that forced separation in all elements of everyday life, including sports. The Negro leagues were very competitive and garnered a lot of national attention, even among white fans.

One event that gained the attention of the entire country was the 1942 Negro World Series. Attendees of this storied event got their money’s worth as Satchel Paige and the Kansas City Monarchs matched up against Josh Gibson and the Washington-Homestead Grays, an unconventional setup by today’s standards. The series was played in four different Eastern cities (Washington, D.C., Philadelphia, Pittsburgh, and New York City), which allowed fans easier access to games while sharing the spectacle of the World Series with as many people as possible.

Game 1 gave fans everything they could ask for: a scoreless pitching duel through the first five innings with an eight-run explosion by the Monarchs during the final four innings. Paige and the Monarchs won 8-0, took the one game lead, and didn’t look back. The Monarchs took game 2 handily 8-4, but six years later the following bit of folklore arose around the event that, while entertaining, seems to be untrue.

According to Paige, in an effort to face slugger Gibson with the game on the line, he intentionally walked the bases loaded to bring Gibson up to bat. With Gibson batting, Paige heckled him ceaselessly. After each pitch, Paige trash-talked Gibson, telling him where each pitch would end up, undoubtedly infuriating the batter. Paige said he struck Gibson out on three pitches, the perfect ending to a fantastic story.

However, when the records are consulted, only one part of the story holds true: the strikeout. Paige actually surrendered three hits, which loaded the bases for Gibson—not the intentional walks Paige claimed. In fact, the box score shows Paige did not walk a batter the entire game, making the claim of two back-to-back walks near impossible. No account states anything about heckling by Paige. In fact, the at-bat seemed relatively routine: two foul balls and a swinging strike three.

The legends of Satchel Paige and Josh Gibson are well known today among baseball historians, but the 1942 series sweep by the Monarchs happened just as they were cementing their places in the baseball history books.

Paige is considered to be the most popular black baseball player ever, and Joe DiMaggio called him “…the best and fastest pitcher I ever faced.” After about two decades of pitching, Paige finally broke into the major leagues in 1948 with the Cleveland Indians. Paige was the first African American to pitch in a major league World Series, a feat accomplished in ’48 while with the series-winning Indians. He was inducted into the Baseball Hall of Fame in 1971.

Gibson, on the other hand, had an abrupt end to his baseball career, dying of a brain tumor at the age of 35. His home runs still remain some of the most prolific ever in baseball history, and according to Walter Johnson, Gibson would have fit with any major league team: “…he [Gibson] can do everything.” Gibson’s premature death unfortunately denied him the opportunity to break into Major League Baseball, where he would have undoubtedly lived up to Johnson’s predictions. Gibson was inducted into the Baseball Hall of Fame in 1972. 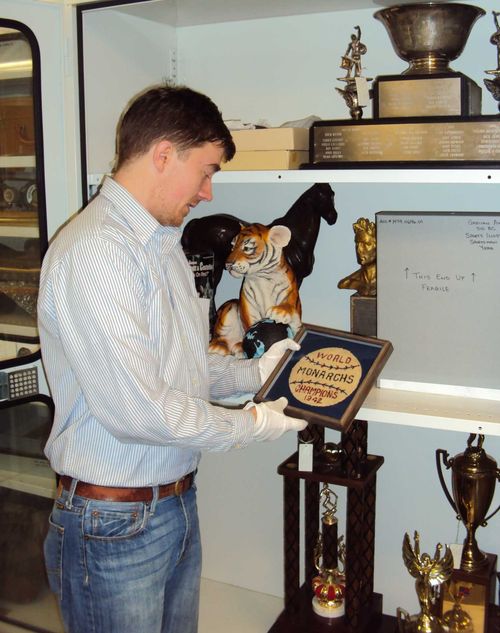 This jacket patch from the 1942 matchup makes me wish I could have seen this historic event: two future Hall of Famers going toe-to-toe in the culminating event of their ‘42 season. Due to the parity in sports today, it’s not often that two of the greatest players of their generation (or of all time) face off in the biggest game of the season. 1942, for all who witnessed, was one of those times.

Jonathan Wigginton is a volunteer in the Division of Culture and the Arts. 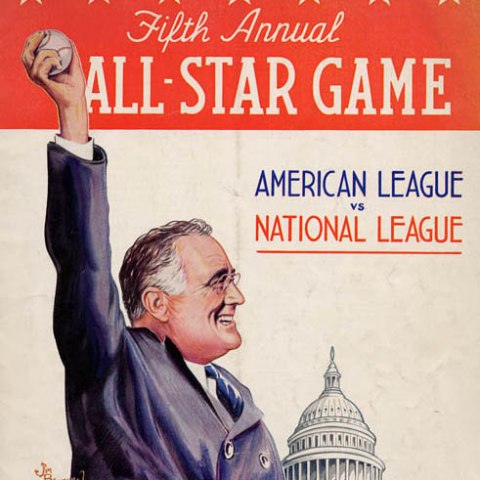 The All-Star Game returns to the nation's capital for the fifth time
All-Star Games of years past that were played in Washington were full of history: the historic arrival of a president, the effective end of...