Have coin, will travel: An American legend’s epic European tour

Editor's note: This is the first of a nine-part series that follows the European tour of one of the Smithsonian's most treasured coins.

This is Our Girl: 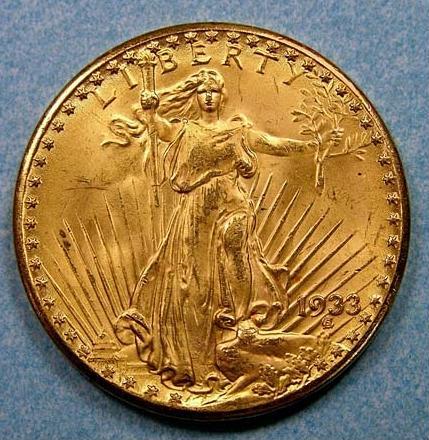 She is one of 500,000 $20 gold coins—“Double Eagles”—struck in 1933, never released into circulation. Only 13 survive today. The rest were melted down to help to stabilize the American economy by removing gold from circulation during the Great Depression.

In March, curator Karen Lee and senior curator Dr. Richard Doty of the museum's National Numismatic Collection are taking this legendary coin on a trans-European tour, part of a traveling exhibit set to make stops at museums in London, Dublin, Brussels, Prague, Warsaw, Oslo, and Helsinki.

Preparations for the tour have been a bit stressful—security, customs, translations, just to name a few. One of the important things we have to do is make sure the Plexiglass bracket for the coin is very, very clean. This will allow for a clear viewing visitor experience. Although Plexiglass is the perfect material to house the coin, it’s also a magnet for dust. There’s a strong static attraction that is very difficult to eliminate, even with our anti-static wipes, paper and air gun.

“It looks a million times better,” Karen said, after we were done. “It’s just very important to make sure that she looks as good as possible. We’re going to be sharing this little piece of American history with so many different people—the Smithsonian has never visited so many different countries on such a fast-paced tour before. This is an amazing opportunity for international collaboration.”

The next step is to create a special carrying case for the security and protection of the coin. Seven countries in 28 days is a lot of travel, but this opportunity to share a Smithsonian treasure is unprecedented and Lady Liberty is ready to charm new audiences.

Lee and Our Girl's travel schedule: