God Save the Queen (and James Smithson)

Editor’s note: This is the second of a nine-part series that follows the European tour of one of the Smithsonian’s most treasured coins, the 1933 Double Eagle, affectionately known as "Our Girl."

During "Our Girl’s" trip across the pond, we should take a moment to reflect on another famous coin in the National Numismatic Collection that made the transcontinental hop, and how the Smithsonian Institution owes this coin its very existence. 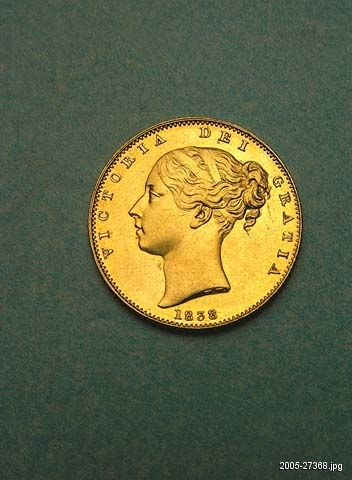 Queen Victoria, pictured on this gold sovereign in the National Numismatic Collection, ascended to the throne in 1837, one year after the U.S Government was named a beneficiary in a British scientist's will.

This sovereign was part of a bequest by James Smithson, a wealthy British chemist and mineralogist. When he died in 1829, he left everything to his nephew, Henry James Dickinson. But, according to his will, if Dickinson died without leaving an heir, all of Smithson’s assets—worth 104,960 gold sovereigns—would go "to the United States of America, to found at Washington, under the name of the Smithsonian Institution, an establishment for the increase and diffusion of knowledge among men." 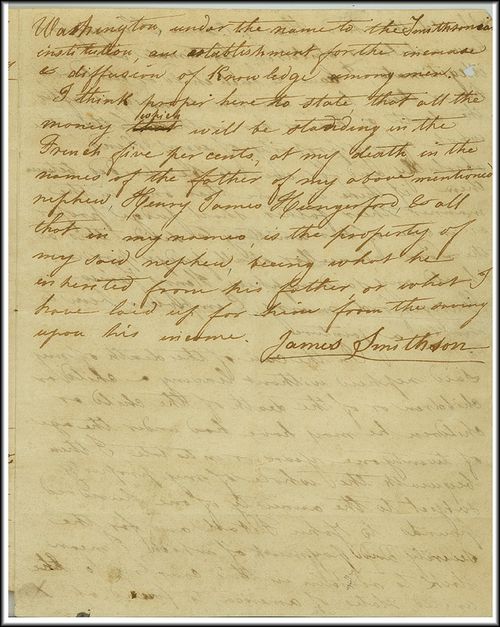 Brush up on your 19th century palaeography by reading Smithson’s last will and testament, housed at the Smithsonian Archives.

In 1835, Dickinson died without heirs. Congress accepted the bequest in 1836 and the Smithsonian Institution was born, although the money wasn’t received until 1838.

Meanwhile, other developments were taking place. In 1837, King William IV died and his niece ascended to the throne: Queen Victoria. In 1838, when it came time to pass along Smithson’s fortune, the U.S. government demanded newly struck coins with the profile of the recently crowned queen.

But the coin’s journey wasn’t over. When Smithson’s gold reached our shores, the government melted down almost all of the coins (worth $508,318.46) and re-struck them as American 10 dollar gold coins, known as "Eagles" (hence a 20 dollar coin was called a "Double Eagle"). The 1838 sovereign shown above was one of two that were saved from being melted. 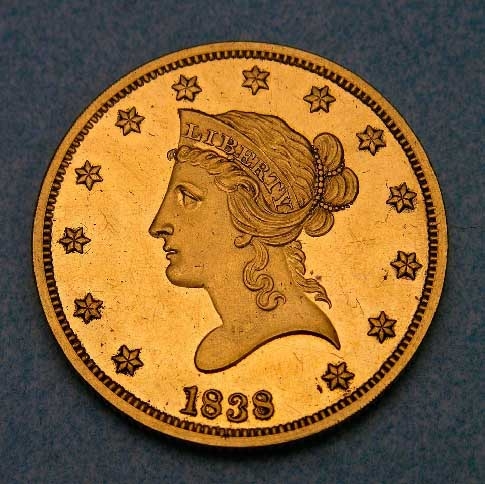 One of the gold 10 dollar coins struck with Smithson’s sovereigns in 1838.

The National Numismatic Collection also has one of the Eagles struck with the sovereigns’ gold—and it just so happens to have a profile of Lady Liberty!

Watch Karen Lee's interview with BBC on "Our Girl."

Next stop: The Irish Museum of Modern Art in Dublin, Ireland, on display March 6th and 7th.