Pong, Atari, and the origins of the home video game

My mom’s family likes to save things. A product of the Great Depression and World War II, my grandmother taught my mom and her three siblings how to be frugal and that “you never know when you’ll need something.”

So when I went home for spring break and mentioned that I was writing something about video games for my internship at the Smithsonian, was I surprised when my uncle pulled out his video game console from 1977? Not really. 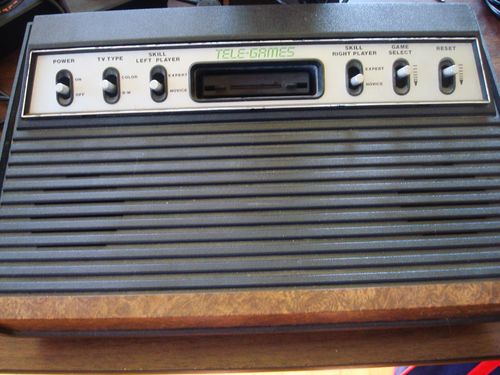 It was the Sears version of the Atari 2600 – the Cartridge Tele-Games System Video Arcade. My uncle still had the two joysticks and a collection of 11 games, including Space Invaders and his favorite, Asteroids. The most impressive thing was that if we had the right adapter, I could theoretically plug this machine into my TV and play the games my uncle grew up with in his teens.

Back at the museum, I found an interesting connection between my uncle’s game console and something in the Electricity Collections – a Pong machine. 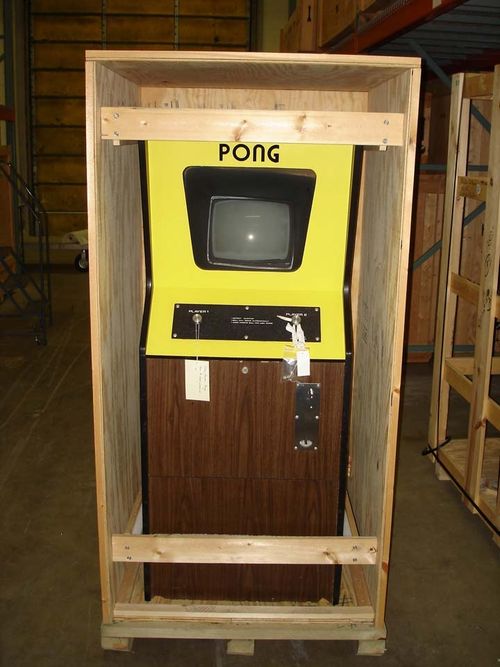 The founder of Atari and the co-creator of Pong was engineer Nolan Bushnell. What came first, Atari or Pong? Bushnell started Atari in 1972 with Ted Dabney after Bushnell left Nutting Associates, an arcade-game manufacturer. He hired Al Alcorn and had him program a simple game to test his programming experience. The result was a table tennis video game called Pong.

Pong was first introduced as an arcade video game in a small bar in Sunnyvale, California. It was such a hit that the machine broke down – not because there was something wrong with the programming, but because it was stuffed with quarters from the bar’s patrons.

Pong is a simple game, but it has a complicated history. It is widely accepted that when Bushnell was working on it, he studied contemporary computer games. He also was aware of the work of Ralph Baer, the designer of the first home video game, the Magnavox Odyssey. Bushnell tested the Odyssey and its table tennis video game at a trade show in California in 1972. That same year, Atari came out with Pong and in 1976, Magnavox took the company to court. Atari and Magnavox settled and Magnavox gave Atari an exclusive license to reproduce the game. 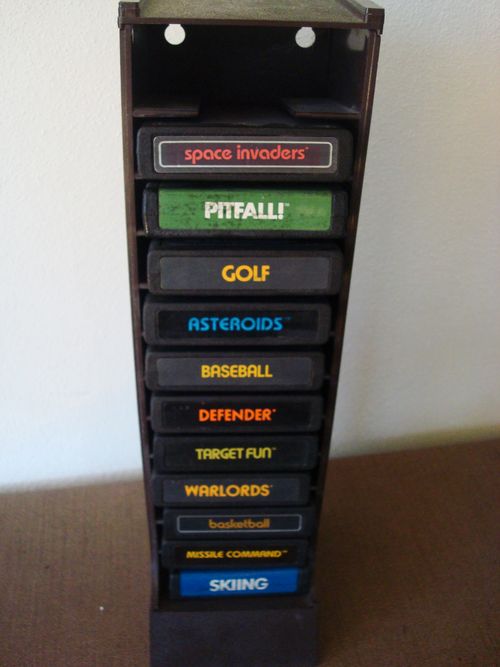 Games for the Tele-Game console

Atari brought Pong into people’s living rooms in 1975 when it released a home version, which Sears agreed to sell under its brand name, Tele-Game. Two years later, in 1977, Atari released the Atari 2600, the same year my uncle bought his Tele-Game console.

Like many other people, he spent hours in the basement defeating aliens, destroying asteroids, and trying to convince my grandmother to join him. At some point the game cartridges, console, and joysticks were boxed up and stored somewhere safe because “you never know when you’ll need something.”

Will my brother follow in my uncle's footsteps and be wiping the dust from his PlayStation 3 console 40 years from now? He swears he won't, but I have a funny feeling that he will save things just like all my other relatives - his Game Boy is already starting to collect dust under his bed.

Can’t get enough of video games? The Art of Video Games exhibition is at the Smithsonian American Art Museum until September 30.

Check out the Lemelson Center's latest podcast on on making music for video games and using video games to make music.

Angela Modany is an intern in the New Media Department at the National Museum of American History.