The Latino D.C. History Project is an initiative to document, preserve, interpret, and display the varied stories of Latino life in the nation´s capital and its suburbs. During World War II, when federal workers poured into the region, and in the ensuing decades as Washington became crowded with embassies and international organizations, the Latino presence began to take shape and become visible. It has evolved into a community with a history of growth and change that is closely connected to U.S. and global politics.

The nation´s capital is full of complex Latino stories such as those of the Afro-Cuban family which established the first Santería ritual space in Washington in the 1950s, the dissident Chilean muralists of the 70s, and the refugees from the Salvadoran Civil War who established small businesses across the region, just to name a few. While we have hardly been immune to our own internal racial and class prejudices, what´s amazing to me about D.C. is the unique plurality of its Latino community. From prize-winning Nicaraguan drag queens to Aymara-speaking Bolivian bakers, this region has an incredible diversity that offers new perspectives on the construction of community.

On May 13, 2012, the Smithsonian Latino Center organized a panel to discuss and remember some key chapters from our local history, told from the perspective of a group of veteran journalists from Spanish language media who have been working the local beat, some since the late 1960s. Wanting to situate this story within the broader U.S. narrative, we partnered with the National Museum of American History, which hosted the free public program. As always, audience engagement played a major role in the program, and visitors were given the opportunity not just to ask questions or offer their own personal testimony, but also to “set the record straight.” Roland Roebuck, a frequent community partner of the Smithsonian, interrogated the invisibility of Afro Latinos in media, and José Gutiérrez, another community partner in this effort, updated the panel on the work of the Latino D.C. LGBTQ History Project. 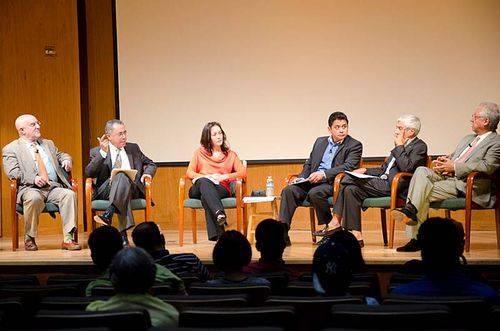 What did I learn? Two major issues emerged from the conversation as having galvanized the local Latino community: foremost is education, and then housing rights. Recognizing the historical memory of places also came through as an important theme. As a result, I’m eager to photograph, conduct oral histories, and otherwise document places like the “Bolivian towers,” a set of apartment buildings in D.C. and Arlington that housed many of the Bolivian exiles of the 1970s, or the living neighborhood of Chirilagua in Alexandria, Virginia, where naturally, most of its residents hail originally from Chirilagua, El Salvador. Another key area to explore is sports, and in particular the soccer leagues and soccer fields that served as informal spaces for organizing the Latino community. This is definitely a rich and complicated story that offers opportunities for educating visitors about the connections between local, national, and global history. 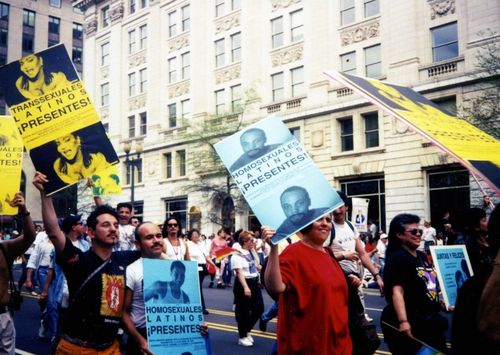 Currently, the Latino D.C. History Project aims to continue its ongoing research phase, identify collections for display and possible acquisition, and ultimately develop an exhibition on the Mall that will be connected to smaller, local exhibits in historically Latino neighborhoods in and around the nation´s capital such as Mt. Pleasant, Arlington, Silver Spring, and Manassas. But it´s not just about what we can do at the Smithsonian—our greater goal is stimulating a sense of historical awareness within the local community. For this, a sustained engagement with our local audience is key, and we’ve barely scratched the surface.

Ranald Woodaman is the Exhibitions and Public Programs Director at the Smithsonian Latino Center. Since 2009, he has been working in collaboration with the museum, local organizations, researchers, citizen historians, and other community members to document Latino history in the Washington, D.C. region and to engage local audiences in practices of remembering and preservation.