In the kitchen, it was KCOR: La Voz Mexicana en San Antonio. In the living room, the Spanish had a different accent and the music, a completely different sound. It was there that my Cuban father played his LPs. Somehow, he had made his way in the later 1950s from a tropical island to the middle of Texas, where no one but us it seemed ate black beans and lechon asado, or drank thick Cuban espresso coffee.

He was reluctant to talk about Cuba, a place he knew he’d never return to. So, I learned about Cuba from Celia Cruz. It was her image on many of the record album covers and her amazing voice that came from the record player. “Guántanamera” is probably the best known song, sometimes referred to as the Cuban anthem. It was popularized in the U.S. in 1966 by The Sandpipers, a folk rock group. (I have to admit, that when I was 5, I thought this was a song about a man named Juan from an island with palm trees and not about a woman from Guántanamo.)

If “Guántanamera” is the patriotic anthem, then the 1967 “Cuando salí de Cuba," is the anthem of exiled Cubans. All Cubans know Celia Cruz’ version of this deeply melancholic song by Argentine Luis Aguilé—a song that says I can never die here for I left my heart buried in Cuba… it is waiting for me to return there. 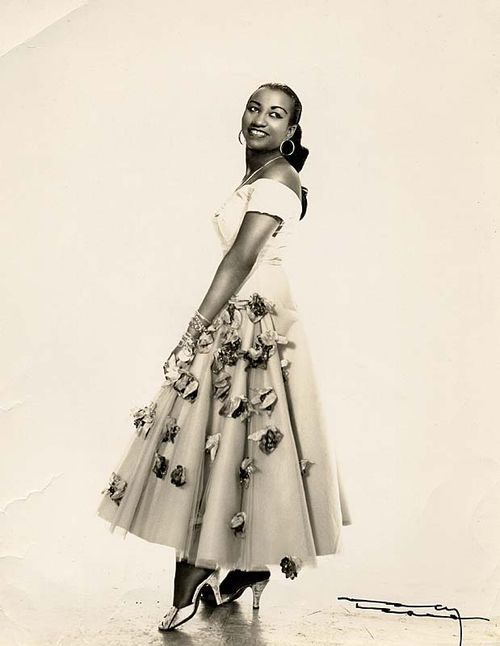 Celia Cruz was born Ursula Hilaria Celia Caridad Cruz Alfonso on October 21, 1925, in the diverse working-class neighborhood of Santos Suárez in Havana, Cuba. In a career that spanned six decades and took her from Cuba to the United States, Cruz became known around the world for her piercing and powerful voice and larger-than-life personality and stage costumes. Upon her death on July 16, 2003, she was celebrated around the world as the “Queen of Latin Music” and the “Queen of Salsa.”

Cruz started out on the amateur show called “The Tea Hour” on Radio Garcia Serra. Her radio work introduced her to many producers and musicians, especially Roderico Neyra (Rodney) who hired her to be the singer for the dance group, Las Mulatas del Fuego with whom she traveled all over Latin America. In 1950, she became the lead female singer of La Sonora Matancera, Cuba’s most popular orchestra. In 1960, Cruz went on tour to Mexico with the orchestra. She never returned to Cuba. After more than a year in Mexico, she decided to move to the United States, arriving on Nov. 20, 1961. About a year later, she married her longtime friend and trumpet player from La Sonora Matancera, Pedro Knight. 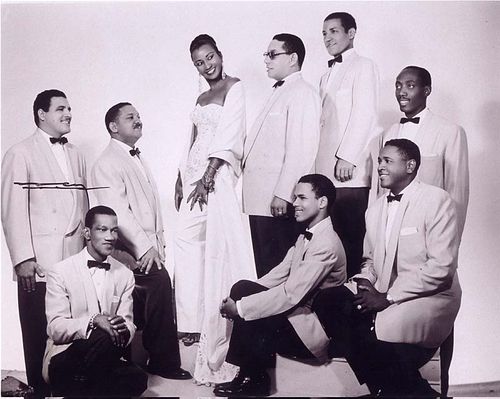 Cruz plunged into the New York music scene, filled with musicians from across the Caribbean and Latin America. Her musical relationship with Tito Puente began in 1966 and lasted until 1973. Together, they recorded memorable numbers such as “Aquarius,” which brought Cruz closer to the new musical landscape that was developing in New York City during the 1960s and 70s. This new sound came to be called salsa —music born of Cuban and other Afro-Latin mixed musical traditions. By 1971, it was an important genre with a record label, Fania, devoted solely to it. In 1974, Cruz joined the Fania label when she recorded “Celia y Johnny” with Johnny Pacheco. The only woman in the Fania All Stars, she was one of the few women to succeed in the male-dominated world of salsa music. She would go on to perform with many other all-male bands such as the Willie Colón Orchestra and the Sonora Ponceña, with Pete “El Conde” Rodríguez.

Cuban music has been influenced by African rhythms. During the 1974 “Rumble in the Jungle” match in which Muhammad Ali knocked out George Foreman, there was a companion three-day music festival in Zaire. There, Cruz performed before 80,000 people during an event that brought the sounds of Afro-Caribbean music back to their roots in Africa. This sound check recording shows Cruz at her most natural, without the elaborate costumes and wigs she would soon be known for, singing “Guántanamera.”

Cruz’s art and sense of style combined with the power and mystery of her voice to create thunder on stage. Her bigger-than-life presence and individual sense of style and aesthetics made her very popular and unforgettable. Her signature stage attire included her Cuban rumba dress orbata cubana, her outrageous wigs, and her custom-made shoes, a pair of which are on view at the museum. 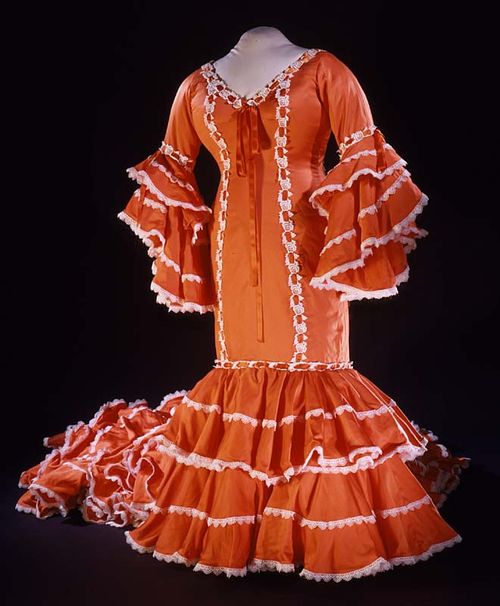 This bata cubana costume was worn by Celia Cruz at the Apollo Theater in Harlem, New York in 1985.

During her professional career of more than 60 years, Cruz recorded more than 80 albums and songs, many of which went gold or platinum. She won five Grammy Awards and received various other honors for her contributions to Latin music. She collaborated with Gloria Estefan, Cheo Feliciano, Ismael Rivera, David Byrne, Wyclef Jean and many other musical legends. 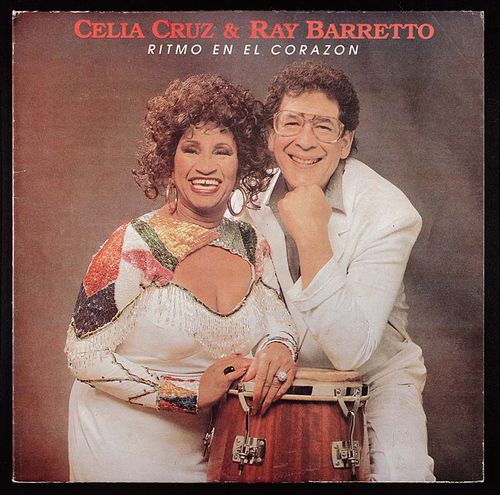 The thing about Celia Cruz was that she re-invented herself at every opportunity, always gaining new and younger fans. During the latter part of her career, she started performing in music videos and recording hip hop and other genres of more contemporary music. One of her greatest hits, “La negra tiene tumbao,” became an anthem to a new generation of fans.

Throughout the years, I encountered Celia at various times in my own life, including several years after her death when the museum opened the 2005 exhibition, Azucar: The Life and Music of Celia Cruz. Years later, I’d agreed to speak to a group of Latina girl scouts on career day. Most of the girls were between 10 and 12 and almost all were Central American. Where would we find the commonality to start a discussion about what a museum is and what work goes on inside one? I was getting even more worried when only one or two girls raised their hands when I asked if they had ever been to a museum. But when I asked if they knew who Celia Cruz was, almost every hand shot up. Here was an artist who was no longer living and who began her career more than 50 years before they were born. Yet, she had spoken to them as she had to me. And she was no longer just my father’s Celia. She was mine.

Melinda Machado is the director of the museum’s office of public affairs. She was responsible for promoting the Celia Cruz exhibition at the museum and in Los Angeles, Miami and her own home town of San Antonio, Texas. She was born in the U.S. and has never been to Cuba. 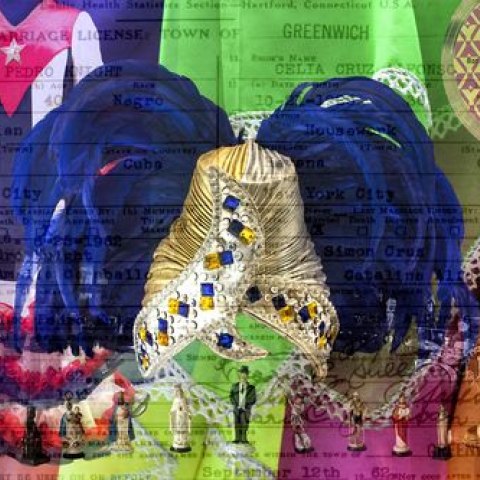