Discovery in the collections: 1914 Kodachrome of George Eastman

You know how sometimes you are looking for one thing, but find something else that is even better? This color portrait of George Eastman, the founder of the Eastman Kodak Company, is an example. It was taken by photographer Joseph D’ Anunzio on September 2, 1914, more than 20 years before Kodachrome film was introduced to the public. How is that possible? 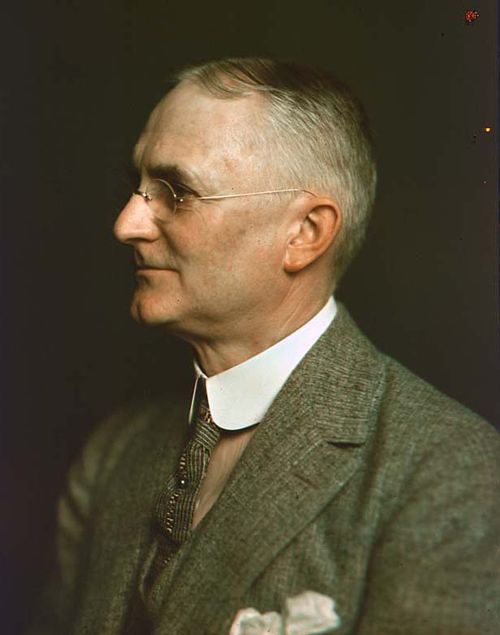 The photograph came to the Photographic History Collection by an accident that worked to the museum’s advantage. In 1969, several hundred portraits were donated to the collection by a single donor. Among the portraits were four 8 X 10 inch glass plates, described as Kodachromes taken in 1914. Unfortunately, two of the portraits, both of young women, arrived damaged. One had a cracked corner; the other had a crack in the glass plate from top to bottom. The donor apologized for packing the glass plates poorly and sent the color portrait of George Eastman by way of compensation.

“Kodachrome” might sound familiar. Kodak eventually had at least three different processes that went by this new trademark, the first in 1914. In the early years of the twentieth century Eastman Kodak pursued the development of a simple color photography process that could be used by amateur photographers. Charles Mees, the first director of Kodak Research Laboratories, said that George Eastman was crazy about color.

The 1914 version was devised by John Capstaff, a member of Kodak’s research staff. To make a color image like the museum’s photograph, two 8 X 10 inch glass plates were sandwiched together. Two photos were taken at the same time by a special camera through green and orange-red filters that reversed one image with a mirror. After the negatives were developed the positive images were dyed green and orange-red and bound together with the emulsion sides face to face.

George Eastman enjoyed using the new Kodachrome process. He took color photographs of family, friends, business associates, and visitors. Capstaff process Kodachromes were exhibited at the Rochester, New York art gallery in November 1914 and at London’s Royal Photographic Society in March 1915. The same photographs were also shown at the San Francisco Panama Pacific Exposition later in 1915. It is believed by the donor that the George Eastman Kodachrome above was exhibited at the Rochester art gallery in November 1914 and possibly at the other exhibits.

The two-color Capstaff Kodachrome process could reproduce flesh tones with reasonable accuracy, but could not produce a full range of colors. As a result it was unsatisfactory for many subjects, including landscapes. Additionally, by 1914 the Lumière Brothers in France had devised a simple one-shot color process called Autochromes that accurately reproduced a full spectrum of colors using an ordinary plate camera. Further work on the Kodachrome process was stopped but research into a viable film based color process was continued. Eastman Kodak was eventually successful and in 1935 the film we now know as Kodachrome was introduced to the public.

There is a well known variation of Eastman portrait that is occasionally reproduced. We are pleased that the reemergence of our portrait can add to the depth of the history of color photography.

Below are some of the other images made with the 1914 Kodachrome process from the Photographic History Collection. It is possible that George Eastman may have taken one or more of the photographs. 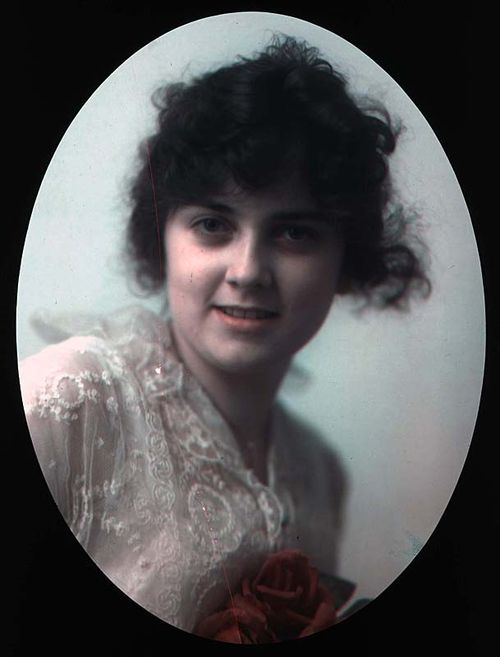 Portrait of young girl with roses 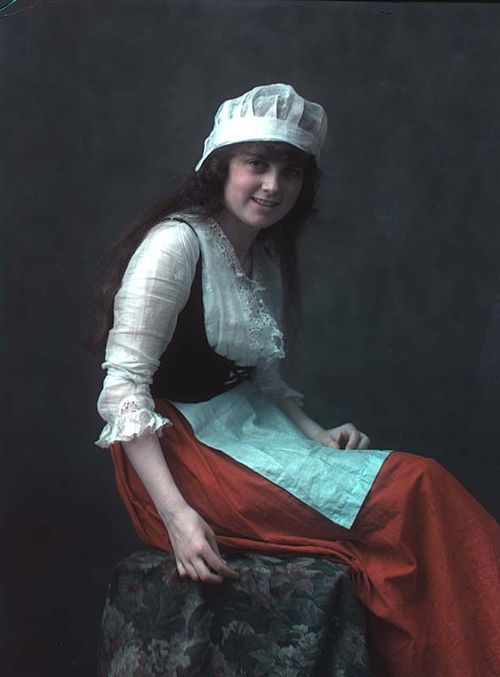 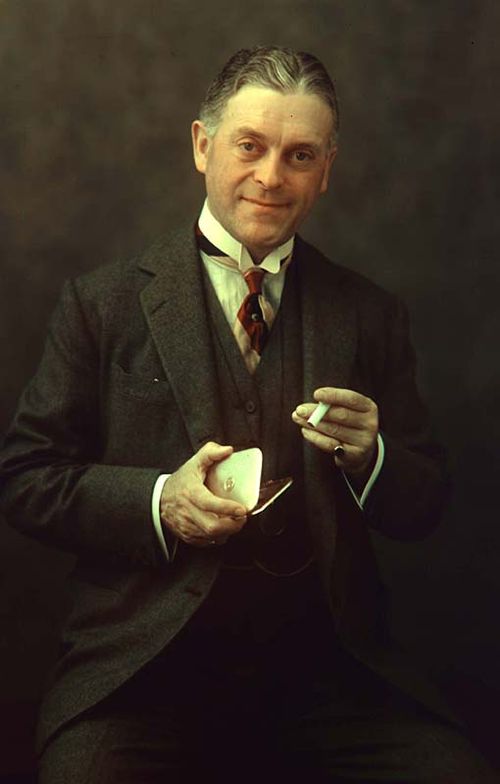 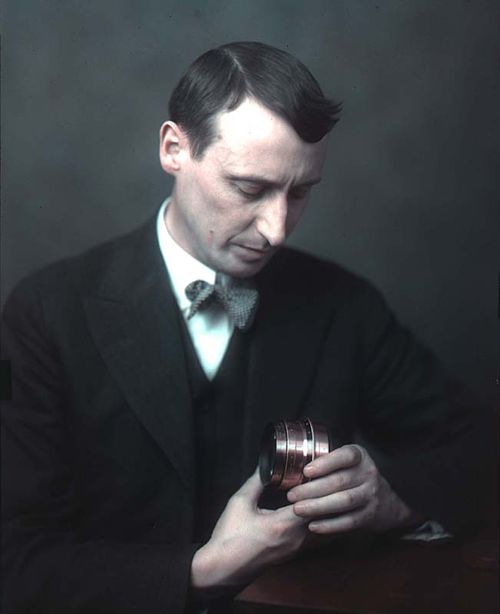 Tony Brooks is a volunteer in the Culture and the Arts Department of the National Museum of American History.