One hundred fifty years ago this month, the country was embroiled in a bitter and bloody rebellion, and social revolution was brewing. While armies clashed across the South producing unprecedented death, destruction, and misery, it was a time for heroes to emerge. The battles of the Shenandoah, the inconceivable carnage at Shiloh, and the capture of New Orleans may have produced their share of heroism, but behind the lines a warrior of another sort was transforming the conflict and the nation: Frederick Douglass. 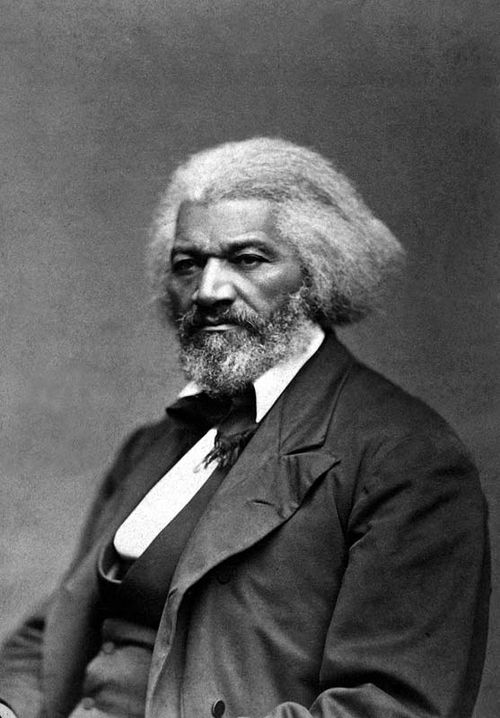 We generally don’t remember Douglass as we should. His stoic and stately presence and unimpeachable words stand out like a chiseled, motionless effigy. The Frederick Douglass we meet today in films, museums, and popular culture is generally a black “founding father,” with the attendant uninspiring, respectful persona of most depictions of Washington or Jefferson. I think of the portrayal of Douglass in the film Glory in which he dryly, properly, and very firmly offers his prediction of how the black soldiers of the 54th Massachusetts will honorably fight. I think of actors at museums and Civil War reenactments proclaiming the amazingly eloquent words that captivated audiences, but without the fire that made Douglass famous.

This overly honorific public memory of Douglass belies a life entirely defined by action—sometimes action-hero type action. Frederick Douglass was a fighter. Enslaved in Maryland, he completely befuddled his owner, Thomas Auld. The teenage boy refused to call him “Master,” deliberately disobeyed, and violated the oppressive customs of slavery by daring to look Auld in the eye. At sixteen, after being sent for a one year rental to Edward Covey, a sadistic and notorious “nigger breaker,” Douglass fought back. After enduring numerous beatings and torture intended to break his spirit, he lashed out at Covey one morning when he intended to whip Douglass. Young Frederick took on Covey in an epic no holds barred match in the horse stables, and succeeded not only whipping his master, but taking out Covey’s cousin with a kick to the crotch when he came to assist in “teaching Frederick a lesson.”

This victory was a turning point. Douglass wrote that at that moment when his master walked away defeated, “My long crushed spirit rose, cowardice departed, bold defiance took its place; and now I resolved that, however long I might remain as slave in form, the day had passed forever when I could be a slave in fact.”

This courage motivated Douglass in the life he created for himself as an orator after his escape from slavery. Even while working as a noted reformer for the nation, he candidly admitted that “I have no love for America.” Douglass exalted in pointing out the hypocrisy and lies he saw across America and even in its greatest leaders. He famously attacked Lincoln’s hero Henry Clay, who purported to hate slavery while owning fifty people. Despite Clay’s proposals to end slavery, Douglass challenged him, “Do you think that God will hold you guiltless if you die with the blood of these fifty slaves clinging to your garment?” 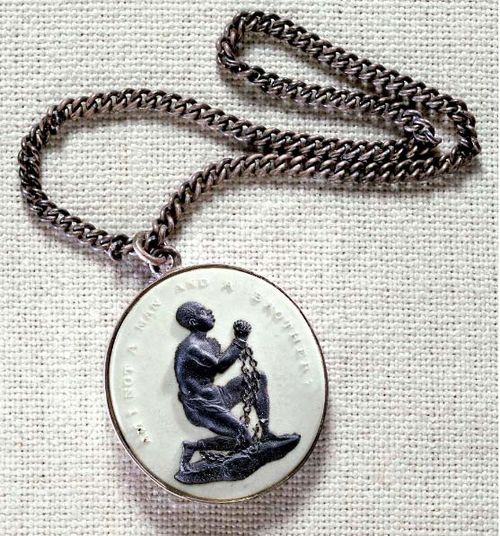 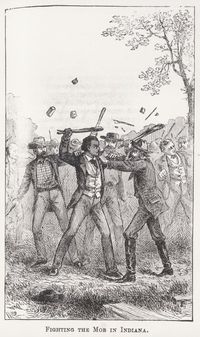 “Fighting the mob in Indiana,” illustration from Douglass’s 1892 autobiography, Life and Times of Frederick Douglass. Courtesy of University of North Carolina, Chapel Hill.

Though Douglass’s persona was poised, dignified, and proper, to understand him it might be better if we remembered him in a way closer to the long held tradition in black American narrative poetry of “toasts.” Like the character Stack O’ Lee from the early 20th century folk song, Douglass was a bad man. Not bad meaning bad, but bad meaning good. In remembering Douglass, we could use a bit of the late comedian Rudy Ray Moore, whose boast about his character Petey Wheatstraw could apply to Douglass:

He jumped in the ocean and swallowed a whale,
Handcuffed lightnin’ and throwed thunder in jail.

Hip Hop group Run DMC might have said that while “You’re the kind of guy the girls ignored, Fred’s drivin’ a Caddy, you’re fixin’ a Ford.”

Singer Issac Hayes might have said “that cat Frederick is a bad mother (shut yo’ mouth).”

Which brings me back to 150 years ago today. The decisions on slavery from Washington, D.C. were flip flopping, or so it seemed to many. In April 1862, slavery was abolished in the District of Columbia. In May, Lincoln rescinded Major General David Hunter’s proclamation which had freed slaves in three states. Then Lincoln met with free blacks at the White House and told them they could never live with whites in this nation and should accept his plan for colonization to South America or Africa.

Douglass prepared a speech offering two simple strategies for ending slavery which he delivered on July 4th. First, he said, Congress should pass a law allowing confiscation of rebel properties, and then the president should issue a proclamation freeing slaves of anyone in rebellion. A few months later anyone in attendance must have thought Douglass a prophet, for it happened exactly as he suggested.

Christopher Wilson is Director of Daily Programs and the Program in African American Culture at the National Museum of American History. 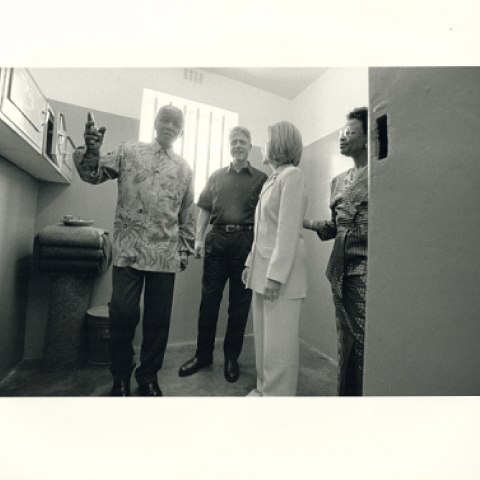 Reflecting on Nelson Mandela's bravery with a Civil Rights leader
Christopher Wilson, Director of Experience and Program Design, shares the rare opportunity he had to reflect on the legacy of Nelson...